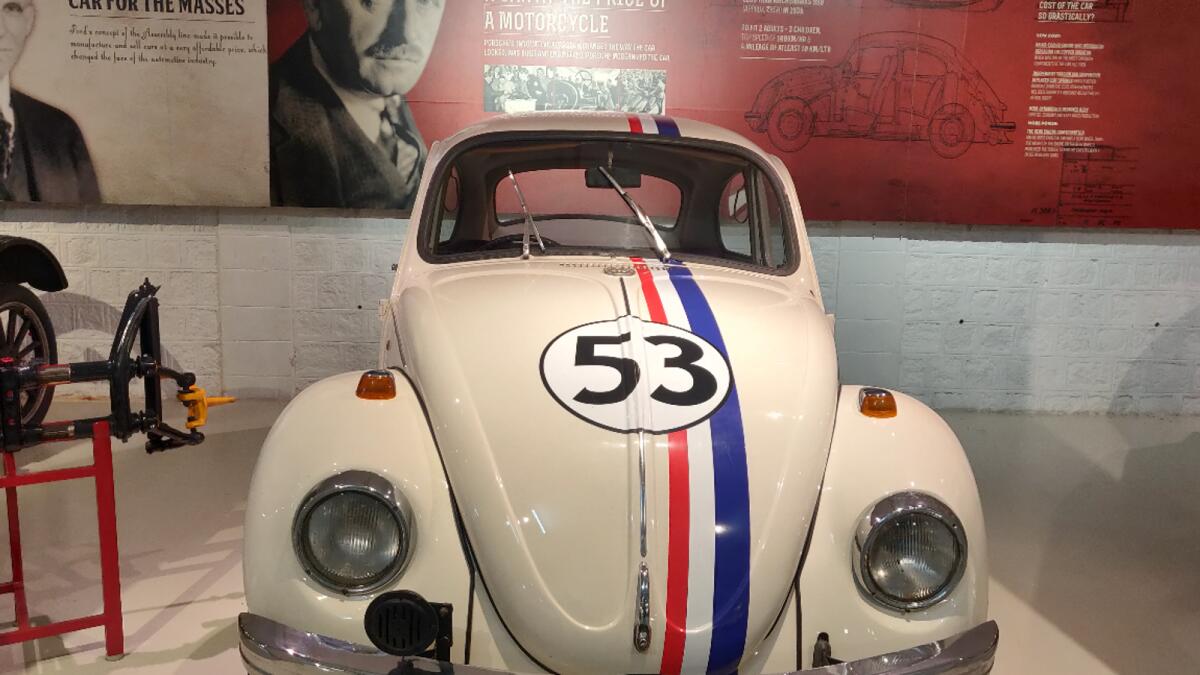 World Automobile Day: From steam vehicles to electric cars, a look back – News

If you are someone who has a fondness for automobiles and their fascinating history, then these car and automobile museums are a true paradise.

Revolutionary inventions and new ideas often aroused doubts, ridicule and even mockery during the first days of their discovery. But once they’ve succeeded, it’s hard to imagine life without them. The same goes for automobiles. Omnipresent and unavoidable, the history of the automobile is fascinating. The first idea of ​​a self-propelled vehicle was envisioned by Leonardo da Vinci in the 15th century, after which several inventions such as steam powered land vehicles, internal combustion engines and rudimentary electric cars were made over the following centuries.

Although no one person can be credited for the invention of automobiles, Karl Benz of Germany is widely credited with creating the first automobile in the true sense of the word in 1885-1886. Powered by a gasoline engine, Karl’s vehicle had three wheels and looked a lot like a car. On January 29, 1886, Karl Benz filed a patent application for this gasoline-powered vehicle, the first in the automotive industry. The patent which bore the number 37435 is widely regarded as the birth certificate of the automobile and since then January 29 is celebrated as World Automobile Day.

If you are someone who has a fondness for automobiles and their fascinating history, car and automobile museums are a real paradise. Whenever I travel, I manage to visit quite a few car museums during my stays. While some are traditionally well known, others have proven to be hidden gems. I stumbled across two of these hidden gems in places I least expected to find them. The Gedee Automotive Museum in the southern Indian city of Coimbatore, a city known for its textiles, and the Revs Institute in Naples, a Florida city known for its beaches and golf courses, have were real revelations.

Gedee Car Museum: Ode to the Deans of the Automotive World

Located right in the center of Coimbatore on the bustling Avinashi Road is the Gedee Automobile Museum which was inaugurated in April 2015. Established by GD Gopal, son of GD Naidu, a renowned industrialist and philanthropist from Coimbatore, the museum traces the evolution of the automobile. while presenting a collection of around 70 cars from around the world. In addition to car models, the museum chronicles key events in automotive history and traces the unparalleled contribution of individuals such as Karl Benz, Henry Ford and Ferdinand Porsche to the industry. The goal of the museum is not only to educate visitors about cars, but also about the technology and geniuses behind these innovations.

The first part of the museum takes a look at five unique cars that have had a huge impact on the automotive industry. This includes the 1885 Benz Motorwagen, the world’s first automobile developed by Karl Benz that had a unique patented evaporative carburetor, the 1908 Ford T which was the first mass-produced car, the 1939 Volkswagen Beetle, the Citroën 2 CV of 1948 and the 1959 Mini. The museum has a collection of vintage cars from Britain, France, Germany, America and even Japan. Don’t miss some rare treasures like the 1926 Morris Bullnose Cowley, the 1957 Fiat 500 Nuova and the 1968 Austin Mini Van MK 1. year of production, number of units sold, country of origin, engine details and coach work.

It contains exclusive pieces like GD Naidu’s first motorcycle which he bought from an Englishman who was a British government revenue officer in 1921, his favorite car, the Mercedes Benz 170S, which was given to Naidu as a gift as well as the Ford Quadricycle which was Henry Ford’s first experimental automobile that ran on four bicycle wheels. There is also a special section devoted to the Indian Maharajas and their ultimate symbol of luxury, the Rolls Royce. The evolution of the transport system in India is also described.

The museum has very educational information panels such as the one explaining the evolution of the engine, the first internal combustion engine as well as those describing the layout of the engine cylinders and the cooling system. Spread over nearly 20,000 square feet with a section dedicated to restoring vintage cars, this museum is a treat for all auto enthusiasts and car enthusiasts.

Rev’s Institute: a sanctuary for researchers, curators and car connoisseurs

Often touted as America’s finest automobile museum, this was founded by Miles Collier in 2008 and houses over 100 of the most “influential” and important automobiles built between 1896 and 1995. It is a non-profit organization dedicated to the history, research and education of automobiles, which they believe is a technological marvel of human genius and ingenuity. The museum spans 80.00 square feet and is divided into four themed areas, namely Automobility, Speed, Revs and Porsche. It is essential to note that all vehicles shown here are fully operational, have been masterfully restored by professionals and are impeccably maintained in their original and undamaged condition. In fact, a few cars are loaned to other museums at any time or allocated to participate in events, exhibitions and even historical races.

The Collier Collection, as displayed at Rev’s, includes the exclusive personal collection of automobiles and sports cars of Miles Collier as well as the Cunningham Museum collection of his close friend Briggs Swift Cunningham. The carefully curated line-up includes all-important cars from the 1896 Panhard et Levassor which was a horseless car to the 1995 McLaren F1. Other cars include the rare 1901 Benz Dos-à-Dos, the The 1914 Rolls-Royce (Silver Ghost Tourer) and the 1920 Vauxhall. The 1933 Bugatti, 1933 Packard and 1934 Alfa Romeo are favorites of many and like all other cars you can see them in all their glory ; closely without any barrier. Spread over three floors, other cars on display include the 1950 Cadillac series, cars from Chevrolet, Maserati and Ferrari.

There is a special section dedicated to Porsche as well as car accessories. The institute has a library, which has an enviable collection of pictures, manuals, catalogs, posters, racing rulebooks, auto show schedules, clothing, racing equipment, etc With an ongoing focus on the preservation, conservation and restoration of automobiles, the institute is truly one of a kind. It is essential to note that the museum is only open with advance ticket reservations three times a week, without an appointment. It’s best to pre-book Docent guided tours, as it’s the best way to explore and learn about the insightful collection.

What is a debt consolidation loan and how does it work?