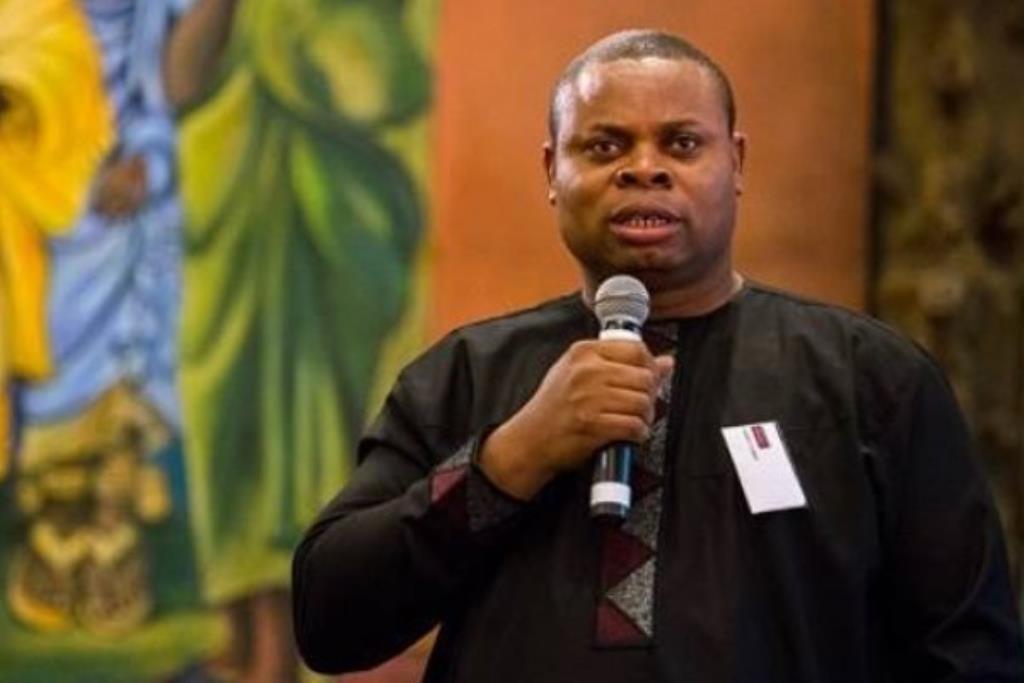 When do Okada drivers get their cars back? – Franklin Cudjoe asks Bawumia

Franklin Cudjoe is the President of IMANI Africa

• He then said that the government was never going to legalize Okada in the country.

• Mahama has promised to legalize Okada if he is elected president

At the height of Okada’s speech in the run-up to the 2020 election, Vice President Mahamudu Bawumia, in an effort to dissuade runners from adhering to John Dramani Mahama’s pledge to regularize the industry, made a statement. counter-promise to provide cars to runners and get them out of the “risky” Okada case if they vote for the New Patriotic Party.

The two sets of promises from the flag bearer of the Democratic National Congress and the running mate of the New Patriotic Party became one of the most topical issues of the election.

The regularization of the motorcycle sales department was one of the promises on which John Dramani Mahama’s campaign was anchored.

Mahamudu Bawumia described it as populist and not as a promising thought that wanted to harm Ghanaian youth and not as a response to employment problems.

He thus promises to facilitate the acquisition of cars for all bikers in order to get them to stop driving on Okada.

“You don’t want to finish your college education and then make a living in okada riding. You can have a better option, and we’ll give you a better option. So yes, we will not legalize the okada trade in Ghana. It may be a difficult decision, but it is in the best interests of Ghanaians. We are having discussions, but we will stick to our decision to offer a better alternative to the okada pilots. Empower them to buy safer vehicles through leasing and pay over time. It’s a better option than what the alternative is, ”Bawumia said.

It has been eight months since Bawumia and Nana Akufo-Addo won the elections and not much has been heard of.

Franklin Cudjoe is interested in the matter and took to Facebook to inquire about this particular promise.

“When do the Okada drivers receive the cars?” He posted.

It will be recalled that in April, the National Concerned Drivers Association reminded Vice-President Mahamudu Bawumia of the promise.

“We want the nuclear power plant government to know that when it needed us, we were there for it. When they promised us vehicles, we were happy and voted for them but after the elections they neglected us, ”he said.

He added that “We want to tell them to keep their promise, so that tomorrow when they give us direction we will follow it,” Okada Riders Association of Ghana national president Mohammed Apambila told Atinka FM. . 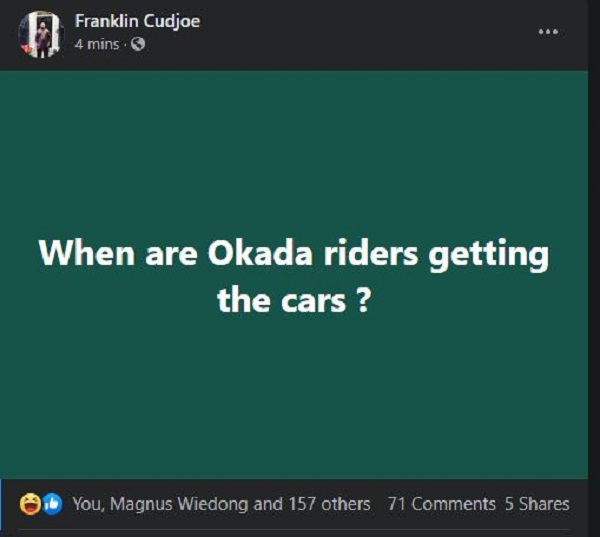