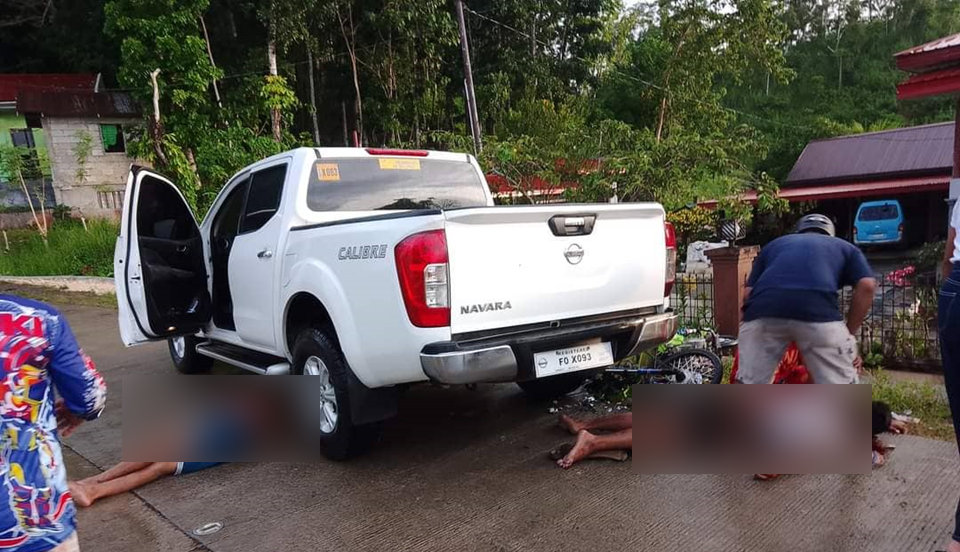 Two men injured after a motorcycle hit a van in Catigbian

Two men were seriously injured after their motorbike crashed and then slammed into an incoming van along a provincial road in the town of Catigbian on Tuesday afternoon.

Senior Staff Sgt. Roel Duetes of the Catigbian police station said the two men identified as Florecnio Calacat, who was driving the motorbike, and Albert Tahil were rushed to separate hospitals for emergency medical assistance.

According to Duetes, Calacat lost control of his motorcycle as he descended into a sharp turn, causing the vehicle to flip over and then hit a Navarra van being driven by one Noel Estorya in the opposite lane.

According to the police’s initial investigation, Calacat and Tahil were under the influence of alcohol and were not wearing helmets during the incident.

A witness who was traveling with the duo on a separate motorbike also told authorities that Calacat was going too fast.

Estorya was initially taken into custody but was released after reaching an amicable agreement with the families of Calacat and Tahil.

The police have not yet checked the condition of the two men. (A. Doydora)