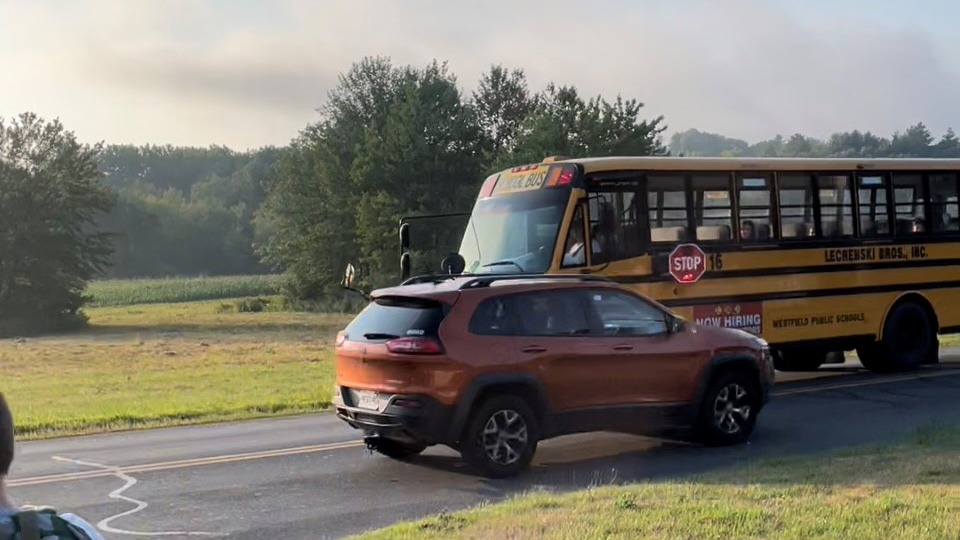 WESTFIELD, Mass. (WWLP) — Many parents in a local community are outraged after seeing numerous cars failing to stop for a school bus, an incident on Tuesday caught on video and sent to 22News by a viewer.

Pedestrian safety has been a big concern locally. Between the start of the school year and the approach of a busy travel weekend, people are urged to be more careful on the roads, especially with the number of fatal accidents we have seen recently. It’s a parent’s worst nightmare, waiting for the bus with their child.

Not one but two cars were filmed speeding by a school bus in Westfield on Tuesday with its stop arm visibly extended. The parents who filmed these terrifying moments were clearly shocked and outraged by what they witnessed. This, following several fatal pedestrian and car crashes in western Massachusetts in recent months.

Madison Bishop of Northampton told 22News: “It seems like people are a bit more impatient on the roads. You see a lot more racing through the lights.

Road safety experts are warning drivers and motorcyclists to avoid distractions and slow down when on the road, especially as the school year kicks off and the busy Labor Day weekend approaches. .

“I’m just going 10 miles an hour faster with the death rate increasing exponentially. The thing is, if you’re going 40 miles an hour and you hit a pedestrian, there’s a good chance you’ll kill them,” said AAA Northeast’s Mark Schieldrop.

Motorcycle crashes have also led to an increase in fatalities this year, with the number currently standing at 36. Schieldrop told 22News that number could exceed last year’s rate.