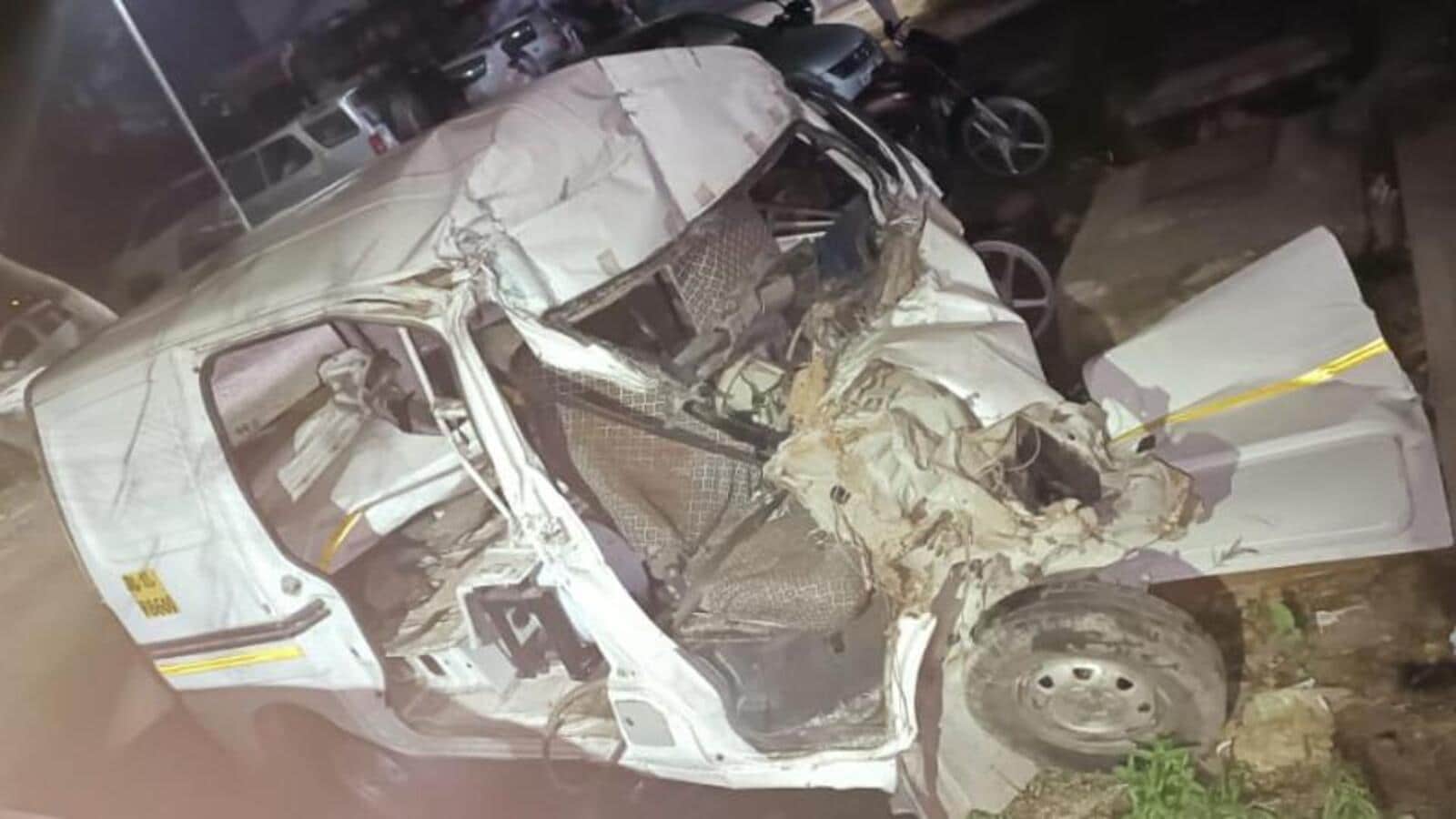 In another hit-and-run accident in Mohali district, a 28-year-old man was killed after a truck rammed his car in Alamgir village on Monday morning.

The victim has been identified as Arun Gautam, a resident of Kilagarh village in Jind district of Haryana. He worked as a laboratory technician.

Police said Gautam was driving from Ambala to Chandigarh in his Maruti Eeco car around 5am on Monday. As he reached the village of Alamgir, a recklessly driven truck hit his car, causing it to crash into a wall and overturn.

The impact of the accident left the car completely mangled. Rescuers cut his frame to get Gautam out. He was rushed to Dera Bassi Civil Hospital, but was pronounced dead. Meanwhile, the truck driver fled.

Investigator Jagtar Singh said on the victim’s brother Akash Sharma’s statement that they booked the unidentified truck driver under Sections 304-A (causing death by negligence) and 279 (reckless driving) of the Indian Penal Code (IPC). He added that they had obtained the registration number of the truck and would soon arrest the driver. The deceased is survived by his parents. After an autopsy, the body was returned to the family.

Riding a motorcycle without a helmet proved costly for a 29-year-old man who died after being struck by an unidentified vehicle on the Sector 52/61 dive road in the early hours of Sunday.

Police said while Govind Kumar from Sector 56 was killed, his two passengers, Manish, 19, from Sohana, Mohali and Deepak, 21, also from Sector 56, were injured. None of them were wearing helmets.

All three were found injured by a passerby, who alerted the police. They were taken to Government Medical College and Hospital, Sector 32, where Kumar was pronounced dead, while Manish and Deepak are still receiving treatment.

Police are going through CCTV footage to identify the vehicle that struck the motorbike. They are also awaiting the autopsy report of the deceased to determine if he was driving under the influence of alcohol. The other two victims remain unfit for a statement to establish further details.

A case under sections 304-A, 279 and 337 (causing injury by an act endangering the life or personal safety of others) of the CPI has been registered.