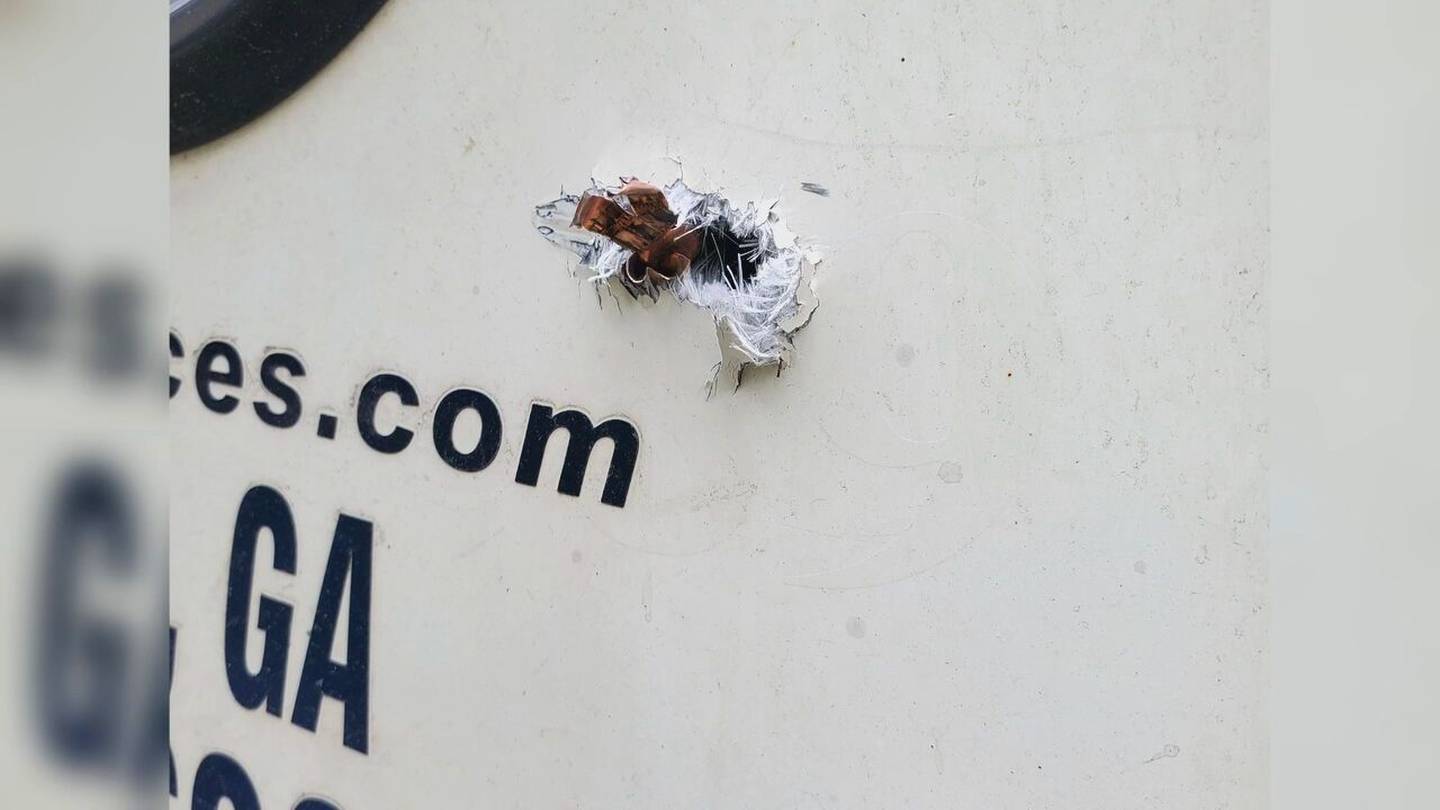 DEKALB COUNTY, Ga. — A truck driver says he was shot while returning home from work in DeKalb County last month.

Chris Stewart said Channel 2 Action News he was driving home when a complete stranger pulled up next to him and started shooting.

Stewart said on March 23, a passenger in a small vehicle shot his truck while driving westbound on I-20 in Dekalb County.

He said he was driving home in his work truck when another vehicle pulled up in front of him and a passenger climbed out of the sunroof and gestured angrily.

“He was just gesturing like he was going to do something,” Stewart said. “So I put my hands up like what are you talking about?”

Stewart guessed the driver was crazy because he was driving slowly. Seconds later, gunshots rang out, hitting his truck twice.

Channel 2 investigative reporter Mark Winnie found it was not the first time Stewart had been targeted while driving.

In 2013, Stewart said a suspected drunk driver in a truck hit him while riding his motorcycle on I-285.

“He drugged me from Bouldercrest to Flat Shoals,” Stewart said.

“We issued 500 citations,” Ramos said. “What we’re really trying to do is just provide high visibility and deter these acts from happening.”

DeKalb police have deployed units to ride on freeways or sit on the shoulder under blue lights to try to contain the problem.

Stewart said he was lucky to be alive.