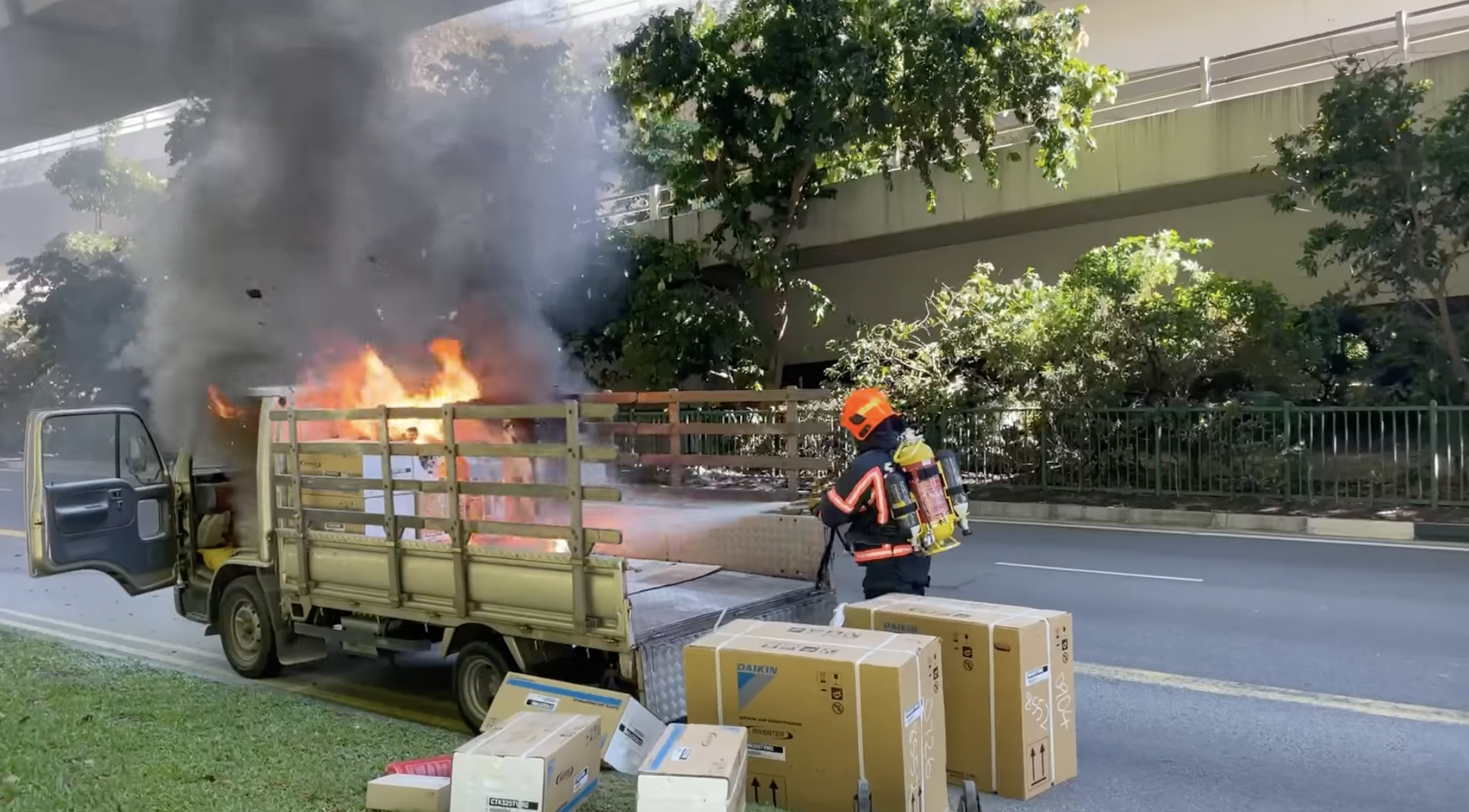 Truck catches fire along Keppel Road, motorists are advised to carry a fire extinguisher in the vehicle

Singapore – The importance of keeping a fire extinguisher in a vehicle in an emergency was recently highlighted on social media after a motorist helped a burning truck along Keppel Road.

Mr Ong was driving along Keppel Road when he saw a tower of black smoke billowing from the side of the road.

As he passed the area, he saw a burning truck. Mr. Ong quickly parked his vehicle nearby and retrieved his fire extinguisher from the car.

“The poor guy was frantically removing his goods from the truck,” Mr. Ong said when he saw the driver pull boxes from the platform of the truck.

Boxes of what appear to be air conditioning units could be seen on the road and on the sidewalk, although a couple closer to the cabin were not saved.

The driver had already finished his extinguisher when Mr. Ong arrived.

After asking the driver if there was anything explosive in the truck and being informed that there was none, Mr. Ong used his fire extinguisher.

“At the same time, an ambulance passed and the paramedics also pulled out their fire extinguisher,” he said.

By the time their extinguishers were exhausted, there was still smoldering embers which quickly rekindled the flames.

Shortly after, the Singapore Civil Defense Force (SCDF) arrived to extinguish the blaze quickly. An SCDF motorcycle, a pickup truck, followed by a fire engine, arrived at the scene.

Firefighters quickly got to work spraying the burning cabin and crates.

“People, please have a fire extinguisher with you if you are driving. You wouldn’t know when you or someone else might need it, ”said Mr. Ong./TISG

Send your scoops to [email protected]