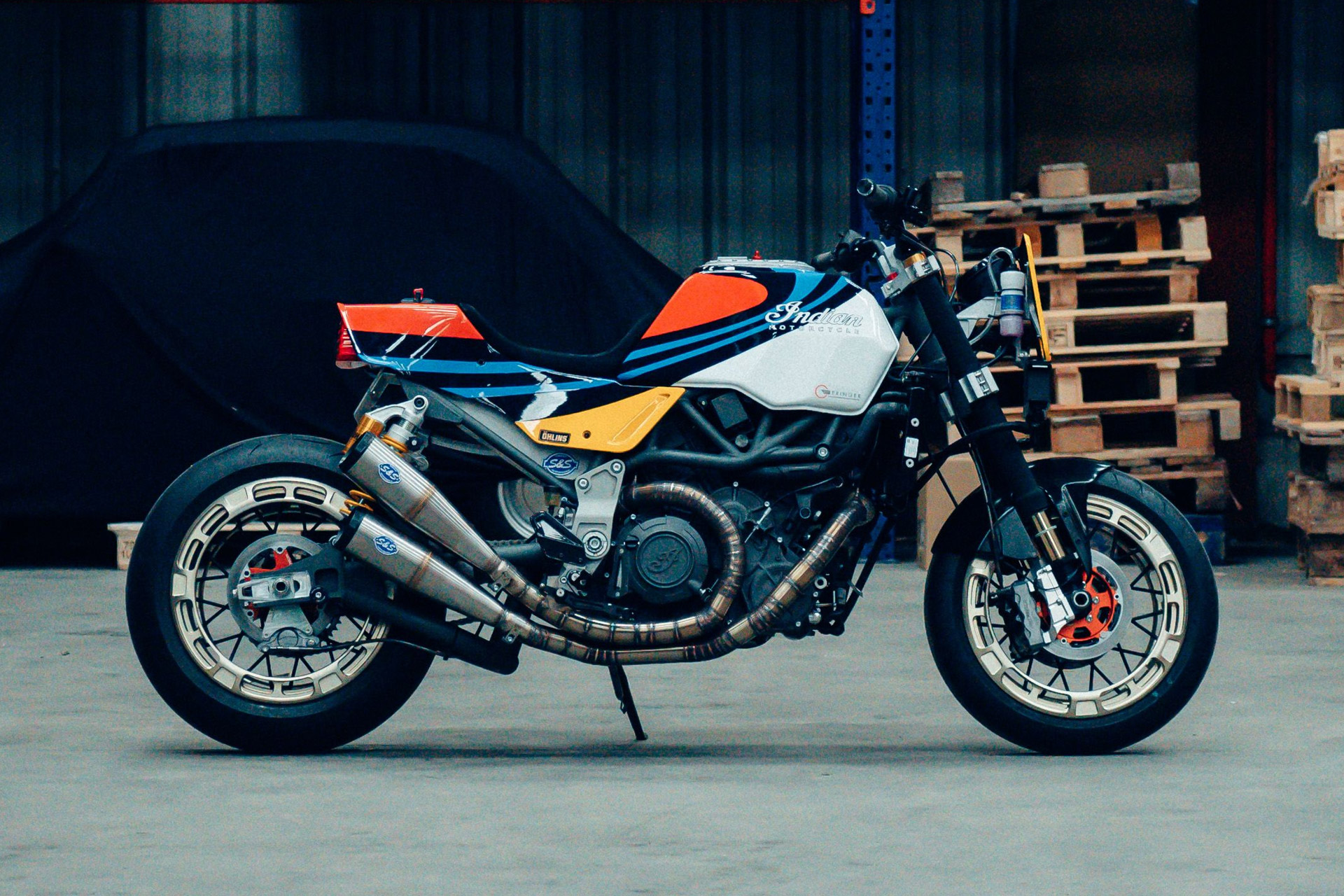 When Workhorse Speed ​​Shop founder Brice Hennebert was tasked with building a bike based on the Indian FTR, his instructions were simple: create a design that successfully incorporated the colors of Martini Racing’s iconic livery. He achieved this in spades. With the new Indian FTR AMA, Hennebert has combined the influences of AMA SBK race bikes and Group B rally cars of the 80s, into one stylish motorcycle.

Hennebert started working on this beast in February of last year. After tasting previous success with two stunning Appaloosa builds, he was tasked with building not one but two FTRs – the yet to be unveiled Black Swan and the decidedly retro AMA FTR you see here.

“The case was quite open, something colorful and as sharp as a war tank. The only restriction was that the paint was inspired by the Martini Racing livery… The main influences were the Lancia Delta HF mixed with Bol 750 Gold and a bit of muscle bike DNA.

When Workhorse started training this bike, it was immediately decided that it would retain an upright riding position, something close to the original FTR, as well as the handlebars of the original. From there, the similarities cease.

An OEM dash from the new Indian Chief is tucked away behind the front plate, a design cue that, while still in the spirit of retro racing, is equipped with all the modern machine options (such as hook-up and phone charging).

The chassis plates were machined from Brice’s CAD designs by Vinco Racing in Holland, a redesign element also in service of achieving that racing look. The swingarm components, brake mounts, calipers, fuel cell components, front oil cooler mounts and all other machining work was all undertaken by Vinco Racing.

The team used a lot of 3D printing to achieve the results which we can see below. This of course includes the front plate of the bike, which houses a PiAA running light and supports the Setrab oil cooler underneath. The printed module that includes the seat pan and tail light also serves as a battery holder. The battery has notably been moved to the rear in a nod to endurance bikes.

In order to accommodate the bike’s DNA performance air filter assembly, the intake has also been redesigned and 3D printed. In addition to this, two aluminum fuel cells have been fabricated to fit the new bodywork, one under the tank cover and the other hanging down under the seat unit. The capacity corresponds to the 14 liters of the original bike and is connected by the AN10 connectors.

The paint job is designed by Axecent in Japan and is complemented by the saddle, which is upholstered in smooth brushed leather by longtime collaborator Jeroen of Silver Machine. The rear section is also completed with an old school rear light adapted to receive LEDs. We’re left in total envy of the lucky bastard who can run away in this bad boy.

10 Things Gearheads Forgot About Morgan And His Cars