Mount Airy, North Carolina, is the headquarters of Bottomley Enterprises, a family owned production / shipping / trucking company specializing in refrigerated transportation. Mitchell Bottomley began growing Christmas trees for the harvest in 1990. Pumpkins soon followed. Today, Bottomley Evergreens and Farms is one of the largest producers / shippers of “seasonal products” in the United States.

If you live on the East Coast or the Midwest and have ever decorated a Christmas tree or carved a pumpkin for Halloween, chances are it is from Bottomley Farms. For only 10 years, Bottomley Enterprises had owned four trucks. Today, they operate 86 in their fleet, with a corporate goal of reaching 1,000 trucks. Their fleet consists of new Freightliners and Peterbilts, with polished stainless steel Wabash trailers.

Always impeccable, the yellow and green Bottomley rigs stand out from the crowd.Robb mariani

The business primarily uses team drivers and spans coast to coast, with a focus on family. They not only put their drivers in the best gear, but insist that their drivers be home almost every weekend.

When Mitchell Bottomley decided to host a truck show, he stayed true to his roots. Naming it was no problem – it had to be called the “Mayberry Truck Show”.

As some of you are well aware, Mount Airy, North Carolina, is Andy Griffith’s birthplace. If you are not familiar with “The Andy Griffith Show,” a quick search will give you many episodes of the classic American sitcom, which aired on CBS from October 1960 to 1968. Griffith played the role of Sheriff Andy Taylor – – the unarmed sheriff – with his chief deputy, Barney Fife, played by Don Knotts.

Together, they maintained law and order in the fictional town of Mayberry. Griffith’s hometown of Mount Airy directly inspired the setting for the show.

The story of that long-ago TV series is not lost in the city, I found it immediately in Mount Airy. Almost all businesses have “Mayberry” in their name. There are several “Mayberry” tours, including hourly tours to Andy Griffith’s childhood home, which can also be rented by the night. 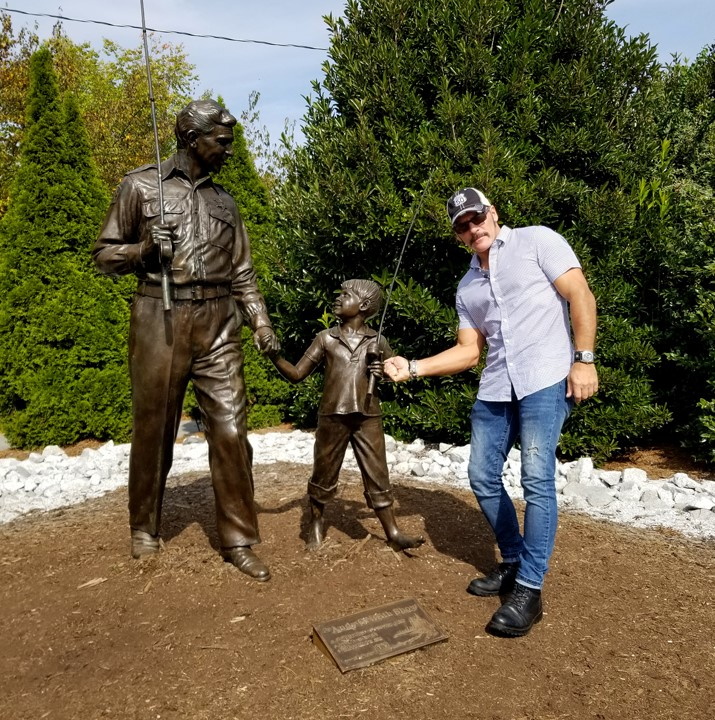 The author of this story, Robb Mariani, poses here with statues of Griffith as Andy Taylor and his son, Opie, played in “The Andy Griffith Show” by Ron Howard.The tours are carried out in vintage Ford Galaxy team cars for maximum effect. There’s the actual “Wally’s Service” station that Hollywood reproduced for the TV show. A local told me that the real Wally’s Service – it now serves as the main tourist destination – was actually Andy Griffith’s hangout as a child, where he was often found drinking soda and dreaming to get out of town one day and become a star in the music business.

Dreams come true, because Griffith has become a star! It started out as a monologue and secured a place in the top 10 of the charts in the early 1950s. Shortly thereafter he made his television debut in 1955, then a leading role followed in 1957, where he performed. played a sheriff. His biggest breakthrough came in 1960 when he got the lead role of Sheriff Andy Taylor in the town of “Mayberry” in the aptly named “Andy Griffith Show”.

I met Mitchell Bottomley at this year’s Southern Classic Truck Show which led me to the Mayberry Truck Show. Mitchell Bottomley is an awesome man. It seems to embody all the wholesomeness that you experienced from the characters in the TV series from a long time ago. He is genuine. When I found out her Mayberry Truck Show was benefiting Brenner Children’s Hospital – a level 4 care center for children with cancer – it all fell into place.

Once I walked down Main Street in what I started to call “Mount Mayberry,” the TV series and Mitchell kind of galvanized. Mitchell was born and raised there and truly represents a simpler, more honest time. He speaks softly and looks you in the eye when he speaks to you. Everyone I met in town, from people who run family businesses to local truckers, were of the same character that Mitchell plays. What I witnessed on the first day of the truck show blew me away. The Bottomley family held an auction to determine the order of the Mayberry Truck Show convoy, which was to take place at sunset on the first night of the events. Every dollar from the auction would also directly benefit the Brenner Children’s Hospital.

What happened next was truly amazing.

Mitchell took the stage and told the crowd that his Mayberry Truck Show was inspired by the parents of a sick child who was under the loving care of angels at Brenner Children’s Hospital. He choked on talking about it and did his best to continue addressing the crowd. He humbly thanked everyone for coming to the show and said he sincerely appreciated all they could contribute to the care of these children – the dollars raised were to go to the patient fund there.

As I have said for decades, truckers deliver this country one load at a time. For me, the trucking community has always represented the best of the country’s patriotism and love. Truth be told, this community has once again been up to the task. The truckers and businesses there, in a frenzy, bid on the convoy seats and ended up raising over $ 350,000! Live. No Internet participation. Raising so much in under 30 minutes with everyday truckers was the highest watermark of any trucking event I have ever attended.

In the face of our checkered economy, shortages of all kinds all around, truckers have come to the rescue to help sick and terminally ill children, and the Bottomley family is the wind beneath those wings – angel wings on 18 wheels.

For one of the thousands of people who attended the opening of the Mayberry Truck Show, that was not the case. 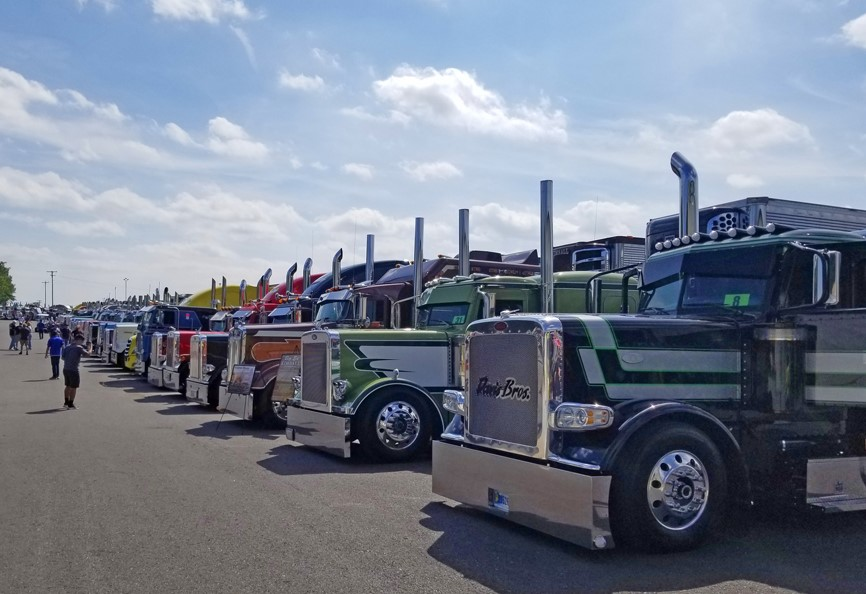 The show featured over 300 exhibition trucks, prizes and trophies in each category, live motorcycle stunt shows, a massive 50 mile convoy in and around “Mount Mayberry” and much more.Robb mariani 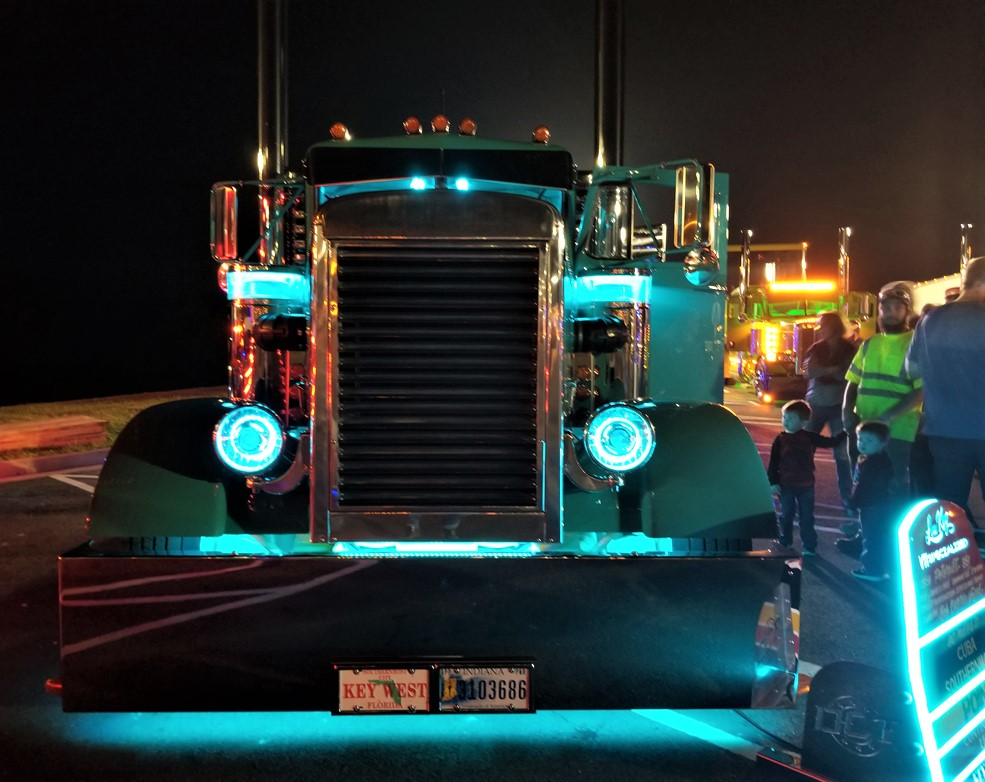 A truck light show lit up the night – shown here, the light spots of a 1956 custom Pete on display.Robb mariani 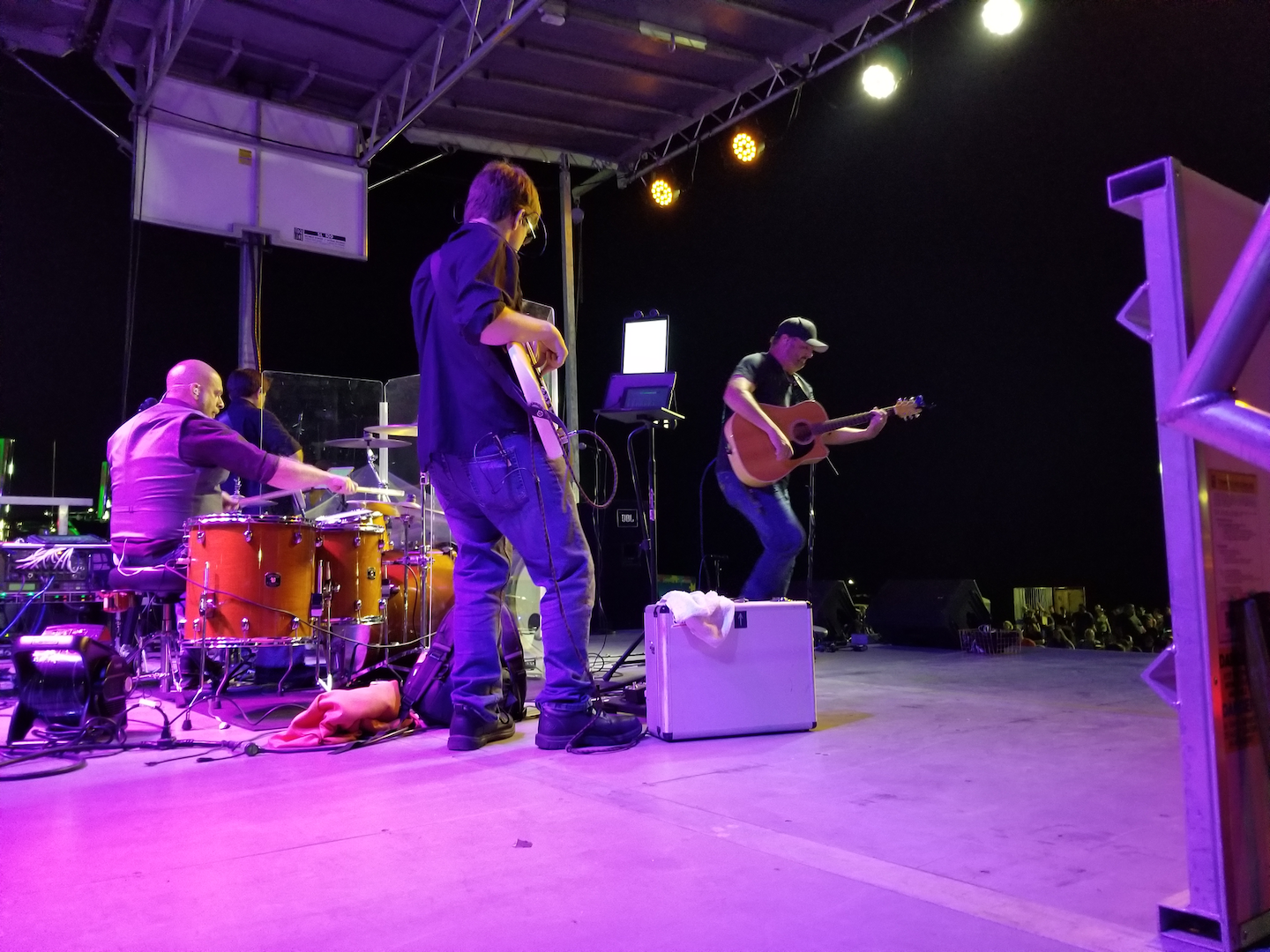 Trucking troubadour Tony Justice and his band performed for the crowd.Robb mariani

The show featured amazing food vendors, various exhibits, and much more. It then ended with a huge fireworks display from Pyro Shows, one of the best pyrotechnic companies in the country.

In short, remember to mark your calendars for next October! Don’t miss the Mayberry Truck Show!