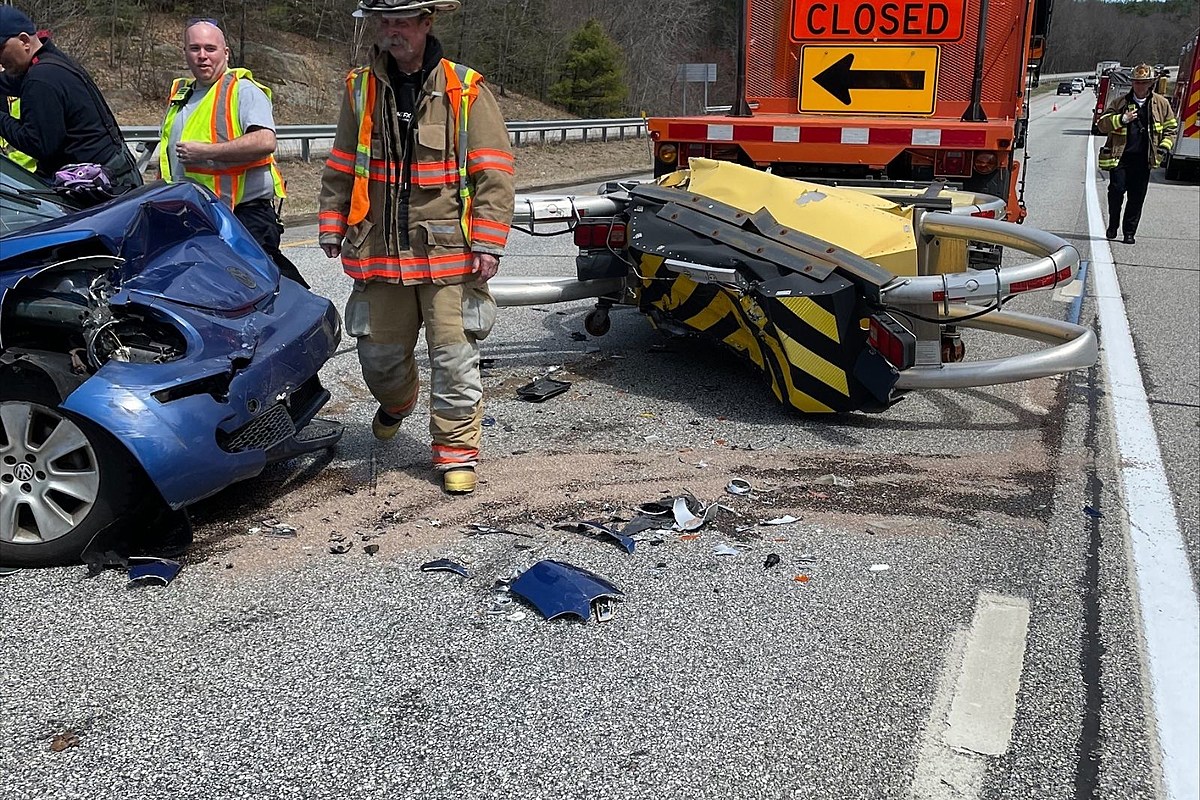 The driver hits the NH DOT truck on the right. 101 Due to possible distraction

A 78-year-old woman threw her VW Beetle into the back of a working DOT truck in a lane closed to traffic on Route 101 in Auburn Thursday afternoon.

State Police say Helen Simpson of Manchester may have been distracted by an electronic device while driving in the right-hand lane heading east near Exit 2 for Hooksett Road around 11:30 a.m. The Beetle slammed into the crash attenuator attached to the DOT truck at the start of the work area. One person was inside the truck.

The collision attenuator is a safety device intended to absorb the impact of a collision with the aim of reducing damage to vehicles.

Simpson and his 76-year-old passenger were initially trapped inside the car, but were quickly evacuated by emergency personnel and suffered no serious injuries, according to state police. Simpson, his passenger and the DOT employee were taken to Elliot Hospital in Manchester as a precaution.

No charges have yet been filed in the crash.

Distracted driving may also be a factor in a crash on the southbound Spaulding Turnpike in Dover on Tuesday morning. Kyla Morgan, 38, of Barrington died in the accident.