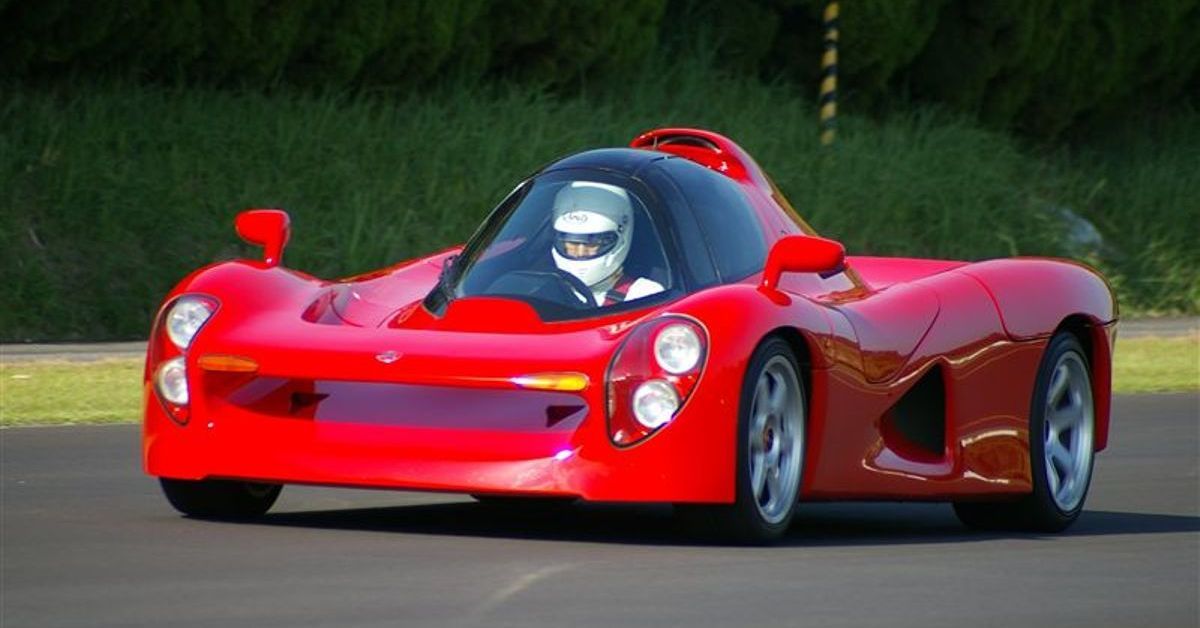 The coolest cars and concepts built by non-manufacturers

The auto industry is quite old – companies have come and gone. From the ages of WWI and WWII to the 21st century, the auto industry has seen tremendous improvements. From advanced technological features to the rapidly increasing adoption of electric vehicles, the world has seen almost everything in terms of what’s new in the industry.

Related: 10 Of The Coolest Supercars To Emerge In The 1990s

And while this is so true, one thing very few people know is that some of the best cars in the world weren’t made by automakers, but rather by non-manufacturer companies. Some of these companies were trying things, while others were looking for a new business venture. That said, read on for nine of the coolest cars and concepts built by non-manufacturers. Some of them went on to become big, well-known car manufacturers, while others faded away over time.

If there’s something no one would expect to hear from Sony, it’s that they are making a car. Still, that was the biggest announcement of CES 2020 – an almost road-ready prototype dubbed the Vision-S. While the automotive community can cite a thousand and one reasons why Tesla are the best electric vehicles, Sony confidently convinced everyone that the Vision-S was Tesla’s perfect competitor.

Sony showcased some of the more advanced features with the Vision-S. The prototype had 33 sensors inside and out, wide screens, and high-tech components from big names like Blackberry and Bosch. It featured smooth lines that closely match Porsche vehicles, especially around the headlights. Unfortunately, the Vision-S is not designed for road use.

The Outspan MINI was built in the 1970s as a promotional car for a South African orange company, Outspan. The company commissioned Sussex-based Brian Thwaites to create the car for the European market. Based on the standard Mini, the MINI Outpan is one of the smallest cars of all time.

Brian Thwaites built this MINI with a realistic orange body, with true orange peel texture. Six cars were built and three still exist. Although it looks quite unreal, the MINI Outpan is a real vehicle with a top speed of 40 mph.

Related: The Coolest Sports Sedans Ever Made in America

Siemens was made popular by its telegraph inventions of the 1840s. In 1905 the company jumped into strange waters and created an electric car, the Elektrische Viktoria, with a range of 60 km and a top speed of 30 km / h. Today, the company manufactures consumer goods, medical equipment, computer technology and trains.

Siemens built the Viktoria in three types of body; a four-seater convertible, a pickup and a van. About fifty units have been built. In 2010, the company developed a functional replica based on the first sketches. The Elektrische Viktoria replica was then involved in an accident, killing the project leader.

The Grumman LLV is actually a very common vehicle in the United States. Chances are, someone’s mail arrived today. The LLV was built in the 1990s as a light transport truck. The truck was, and still is, used by the United States Postal Service.

The vehicle was built by Grumman, a manufacturer of military and civilian aircraft. Grumman is famous for building the F-14 Tomcat fighter, which merged with Northrop in 1994. Over 140,000 LLVs have been produced.

Samsung is a renowned tech giant for the manufacture of tech gadgets and home appliances. The company has shown great interest in the automotive industry. At CES 2020, Samsung used a very compelling car prototype to present its latest automotive project, the Digital Cockpit.

Related: These Are The Coolest Nissans Ever Made

Before that, Samsung worked with Renault in 2019 to present a beautiful SUV concept called the XM3 Inspire concept. The XM3 is a rebadged Renault Arkana SUV that was introduced in 2018. The XM3 is more than a shelf concept, as it is slated to go into production in South Korea.

In 1992, Yamaha decided to build its own supercar. This was after a period of supplying Formula 1 engines. What came out was the OX99-11, a supercar powered by a 3.5-liter V12 racing engine. The car was built by the British subsidiary of Yamaha, Ypsilon, and the British motorsport company, IAD.

The detuned F1 engine gave the supercar some impressive performance stats; 0-62 mph took 3.2 seconds and had an assumed top speed of 217 mph. While this was a great project, the OX99-11 died due to its high price tag and the recession of the early 1990s, leaving only three prototypes behind.

The Zeta was manufactured by an Australian engineering company, Lightburn. The company started out as a manufacturer of concrete mixers and washing machines, and in 1963 it entered the automotive business. Their first child from the Adelaide factory was the one featured here, the Zeta.

Offered in three body styles: sedan, utility and sporty bodywork, the Zeta only remained on the market for two years before the company closed. Only 400 units of the Zeta were produced.

The Peel Engineering Company rose to fame after building a car as small as the town that gave the company its name. Named after a small town on the Isle of Man, the Peel Company was renowned for building fiberglass motorboats and motorcycle fairings. In the early 1960s, Peel built the P50, a small city car.

The P50 launched in 1962 with a price tag of around $ 275, around $ 6,800 in value today, and it featured seats for one and a shopping bag. After Guinness World Record recognized it as the world’s smallest car, Peel resumed manufacturing the car in 2011 with gasoline and diesel engines and a top speed of around 28 mph.

Here are the coolest muscle cars ever made by AMC

Before they came to an abrupt end, AMC shoved past their weight for years, producing one incredible muscle car after another.

Sam is a professional internet researcher and writer. He is mainly interested and fascinated by cars and motorcycles. He has been writing on the same subject for a few years. Sam currently works for Valnet Inc’s Hot Cars as a full time contributor. He is also a professional graphic designer, digital marketer and sexual health consultant.