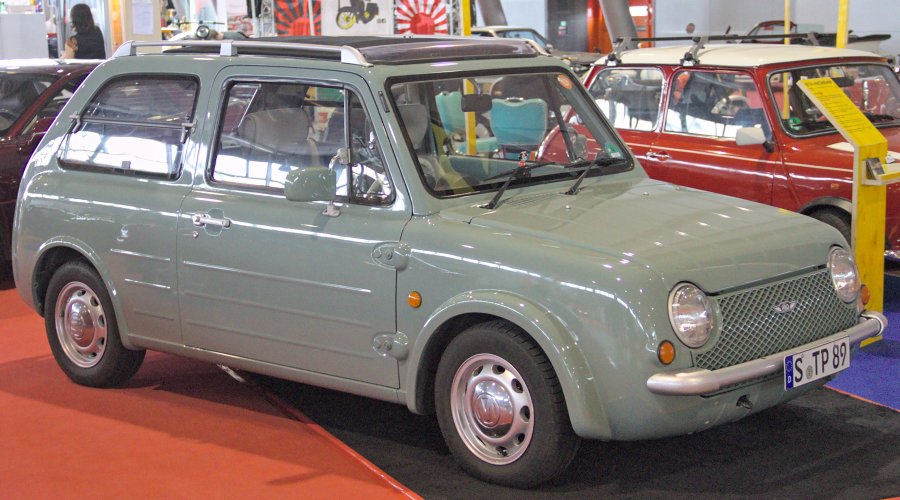 The 18 Best Retro Cars Ever Made In Automotive History

Thousands of cars have been developed and designed since Karl Benz patented the three-wheeled motor car, known as the Motorwagen, in 1886. While new automobiles are known for their speed and style, this is most retro cars from the early years. that still resonate with car fans.

Whether you like the classic American Buick, the chic Italian DeTomaso Pantera or the beefy Chevrolet Camaro SS 350, there is sure to be a retro car for you. Below are 18 of the best ever created for your enjoyment.

This elegant two-door from Mercedes-Benz is well known thanks to its unique gullwing doors. Voted “Sports Car of the Century” in 1999, the Mercedes-Benz 300 SL (super light) is based on the Mercedes-Benz W194 racing sports car. It featured an M198 straight-six engine linked to a four-speed transmission and three plaid-pattern seat fabrics that were available in gray and green, gray and blue, and cream and red. These classic retro cars can fetch over $2 million at auction.

Three series of Citroën DS were produced during its 20 years of life. This is the first production car equipped with hydropneumatic suspension and disc brakes. During its production, upgrades and improvements were continually made to the Citroën DS, making it one of the most modern creations of its time. Although it failed to sell in America, it was a huge hit in Europe and was notable for being the car in which French President Charles de Gaulle survived an assassination attempt. 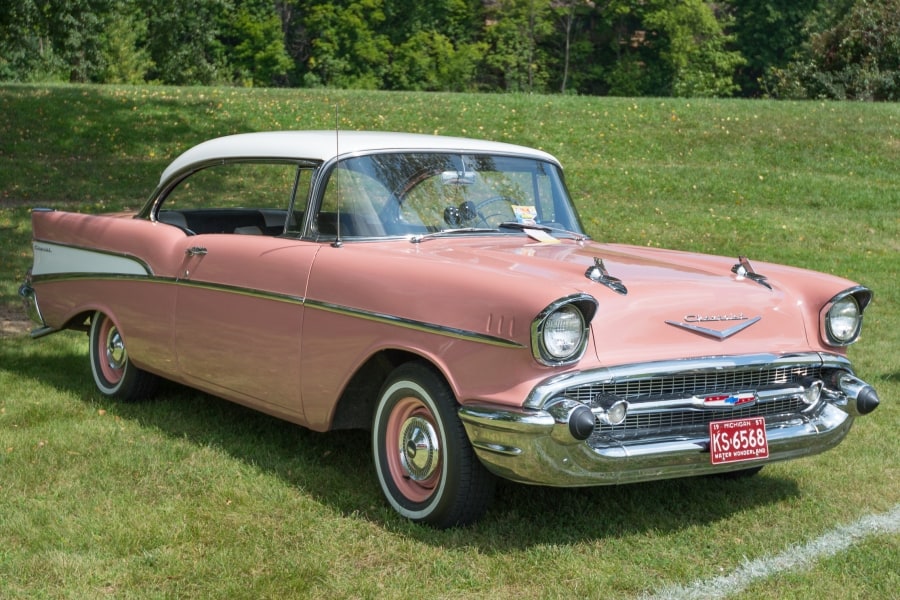 The full-size Chevrolet Bel Air was a staple of America throughout the 1950s and 60s during its 31-year production run. There are eight different generations of Bel Air, with each muscle car having small upgrades to make the sedan a better vehicle. It remains a highly sought-after vehicle among car collectors, with those in mint condition selling at auction for upwards of $100,000. 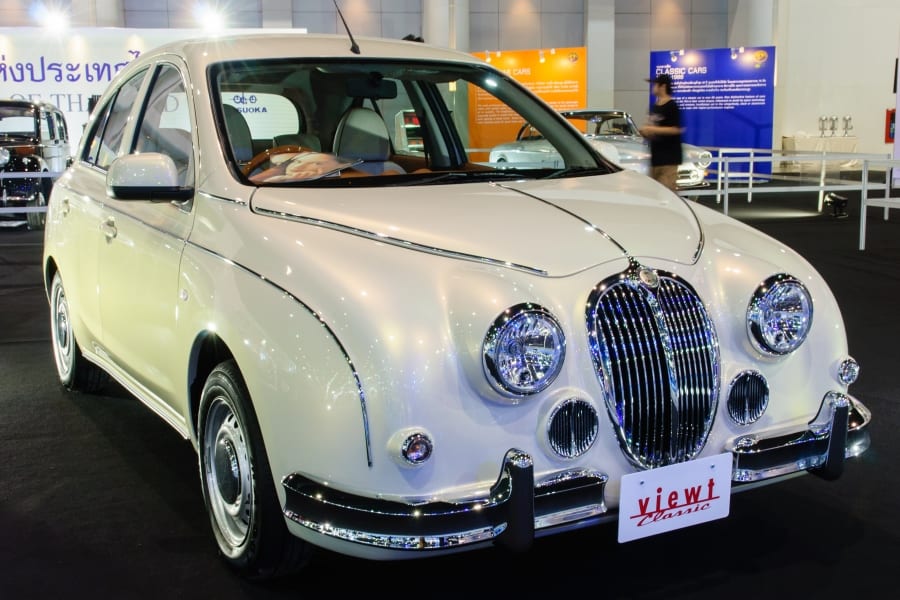 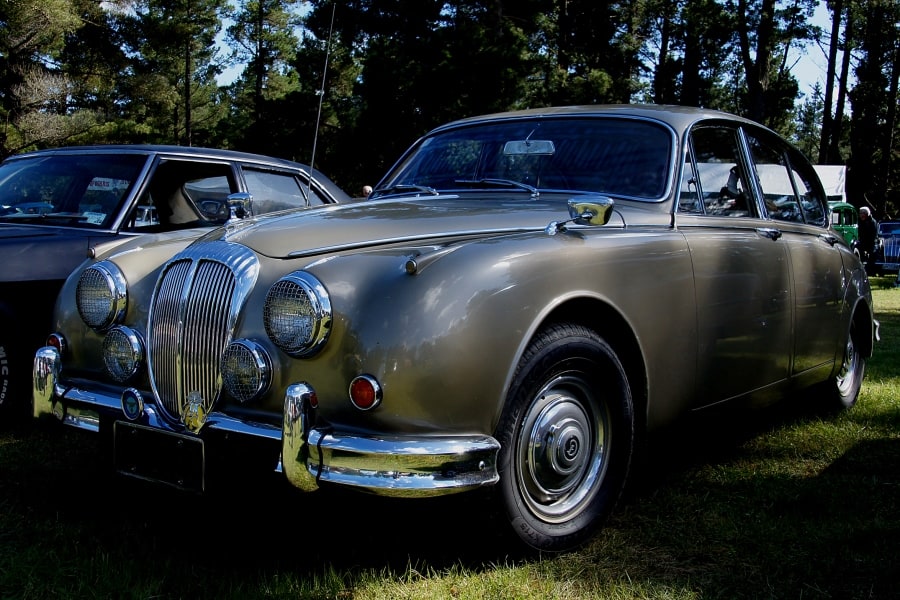 This unique four-door sedan was a strange creation sold by Japanese automaker Mitsuoka. These retro cars are still in production today, with the third generation of the Mitsuoka Viewt still being a decent seller in the Japanese market. Built to look like a Jaguar, the current model comes with a 1.2-litre engine, ventilated disc brakes on the front wheels and drum brakes on the rear. 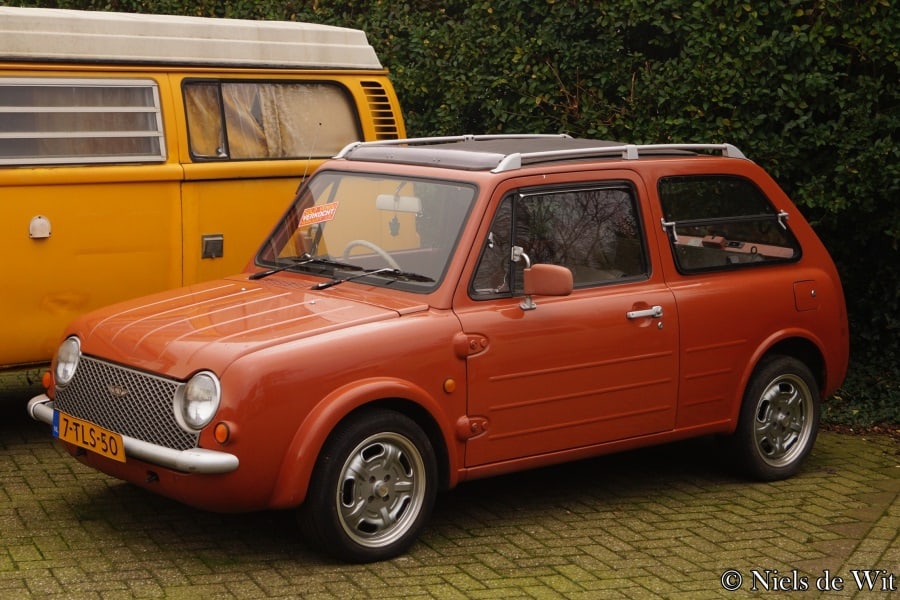 If the Nissan Pao sounds familiar to you, it could be because the car has featured in more than 20 films, with its last screening coming at the start of the 2014 reboot of Godzilla. The Pao was a retro three-door sedan that was only in production from 1989 to 1991. Despite this, 31,352 units were sold. The Pao comes with a 1.0-litre March/Micra engine mated to either a three-speed automatic transmission or a five-speed manual transmission. 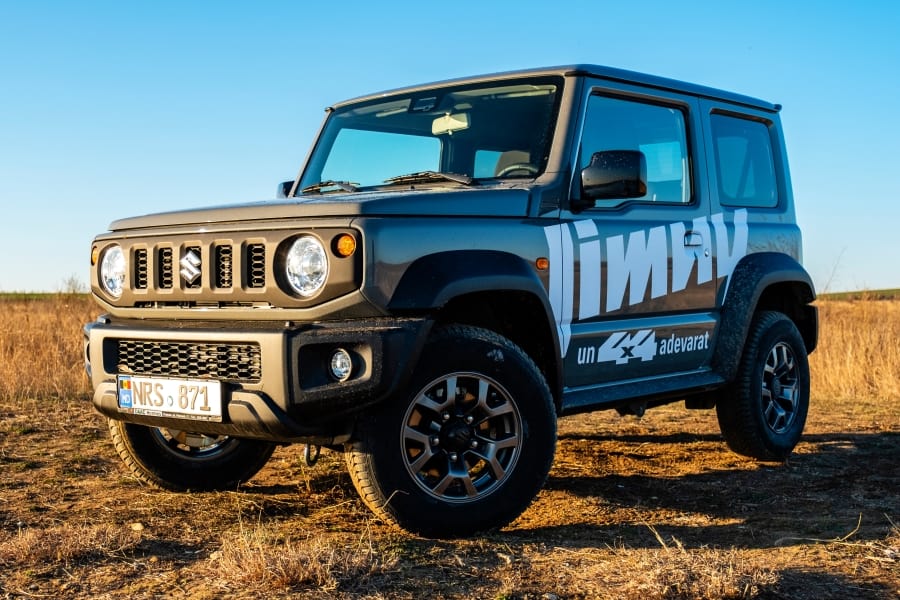 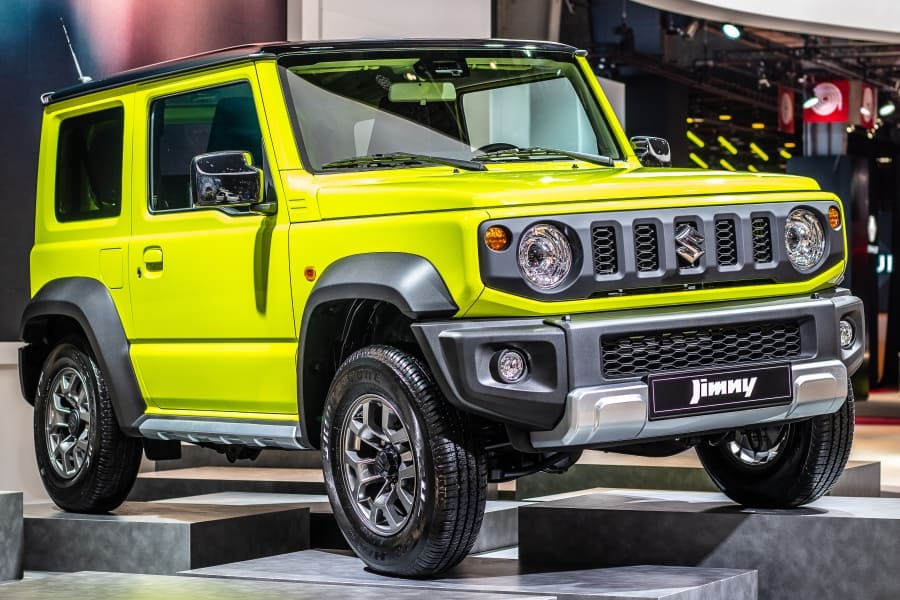 This 4×4 from Suzuki has been in production since 1970 and is still a big seller for the company. It is currently in its four-generation evolution and features a naturally aspirated 1.5-litre K15B four-cylinder petrol engine. It comes with a slew of safety features and the rear seats can be moved to allow for massive luggage space in the back. These retro cars are big in Asia and make a great mid-range SUV.

Although the Mini Cooper was first produced in 2000, this stylish sedan retains the retro look of its predecessor. Taking inspiration from the classic Mini of yesteryear, this modern interpretation is still hugely popular and currently in its third model generation. He might be better known to moviegoers after being a focal point of the American remake of Italian work. 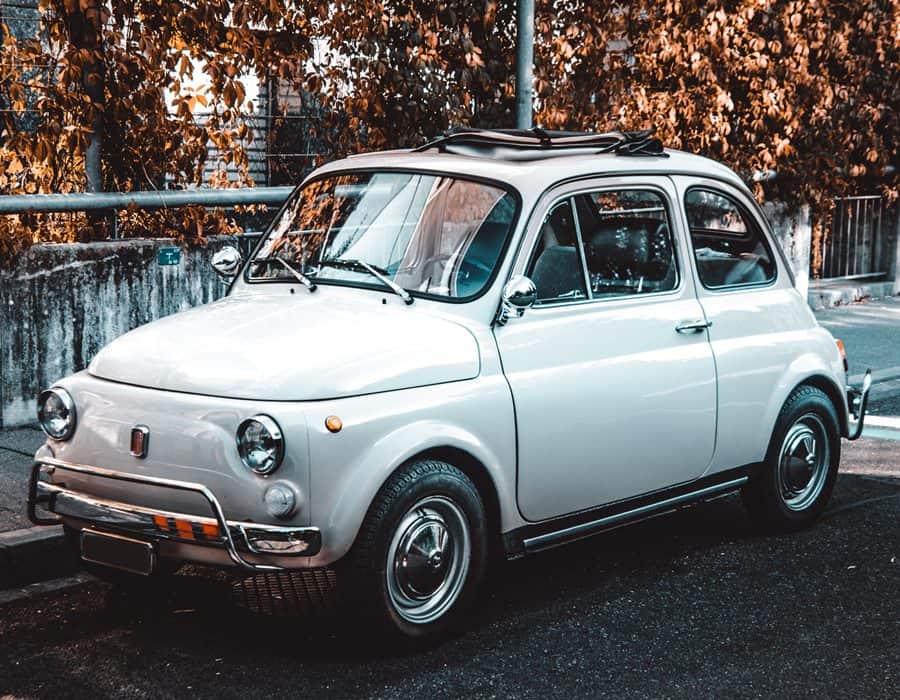 This rear-engined four-seater is one of the most recognizable retro cars on this list. The compact vehicle was built to navigate the narrow streets of Italy and was an inexpensive and practical car that was very popular in the 1960s. The Fiat 500 is still in production today, although the modern version has a few more comforts, like a touchscreen, USB ports and Apple AirPlay, than the original.

They don’t make retro cars like this anymore. The Lincoln Continental is a modern sedan that has evolved from a family car to a luxury vehicle over its lifetime. Older models have a vintage look thanks to the straight bodywork and sharp angles. It’s the kind of car you’d expect wealthy gangsters to drive in the 60s and 70s.

There have been seven generations of Cadillac Series 62s over the years. Each new version has been tweaked to be a better overall car while maintaining Cadillac’s signature shape and styling. Both hardtop and convertible versions are available, with the Cadillac Series 62 being a real collector’s favourite.

Appearing to have been designed for racing, the Toyota 2000GT was a limited-edition sports car from the iconic Japanese automaker. The two-seat, two-door beast was a collaboration with Yamaha and helped put Japan on the map as an automotive innovator. It is now considered a collector’s car and can fetch up to $1 million at auction.

This two-door monster was Ford’s first entry into the luxury car market, and boy did it make a statement. The Buick Riviera was inspired by the British Rolls-Royce and featured a Nailhead V8 engine in all eight generations of Rivieras produced. It still remains one of the best classic retro cars to come out of America. 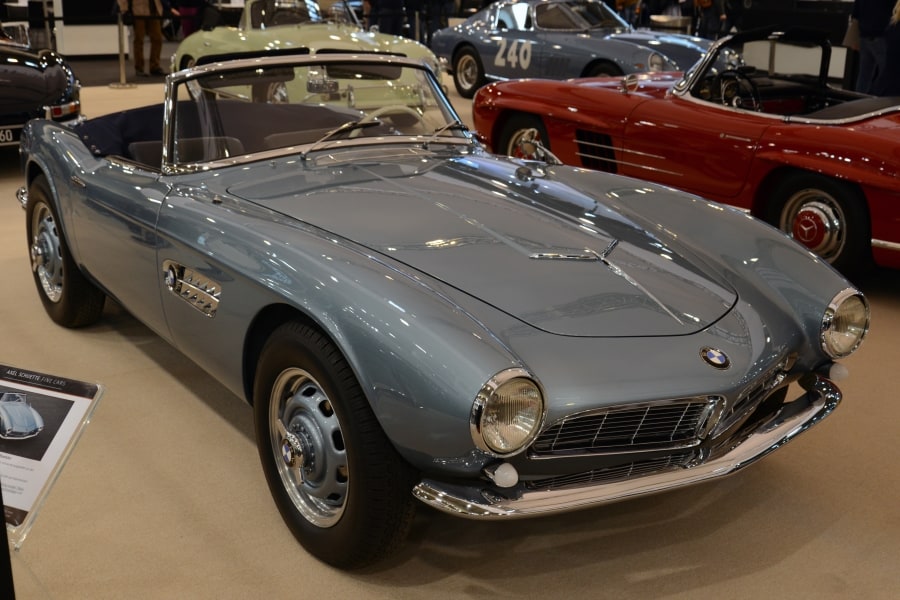 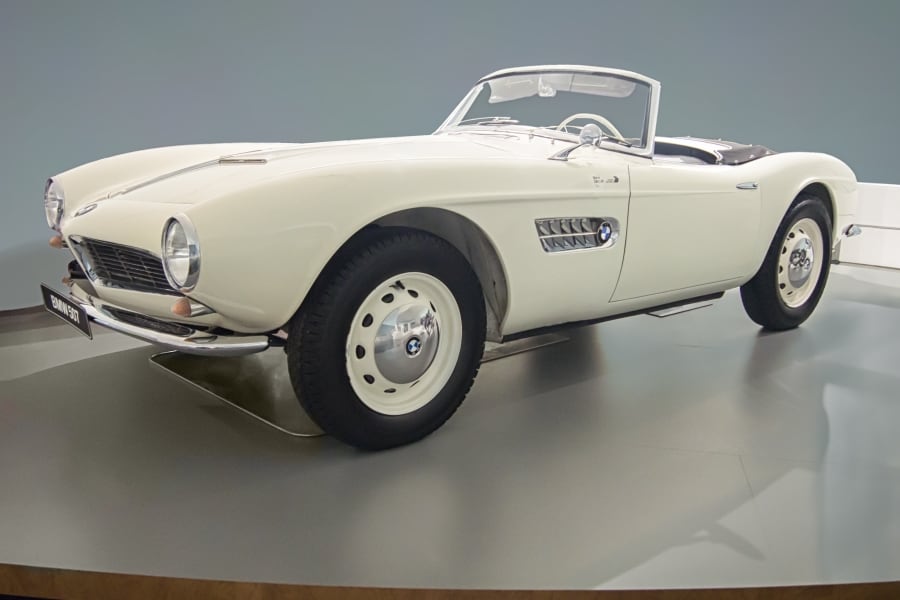 Only 252 units of this Roadster were produced during its short four-year run. The BMW 507 was initially intended as a luxury sports car for the American BMW public, but rising costs meant it struggled to sell and was quickly canned. The body of the 507 was almost entirely aluminum and also housed an aluminum alloy V8 OHV engine capable of 0-62mph acceleration in 11.1 seconds and a top speed of 122mph. 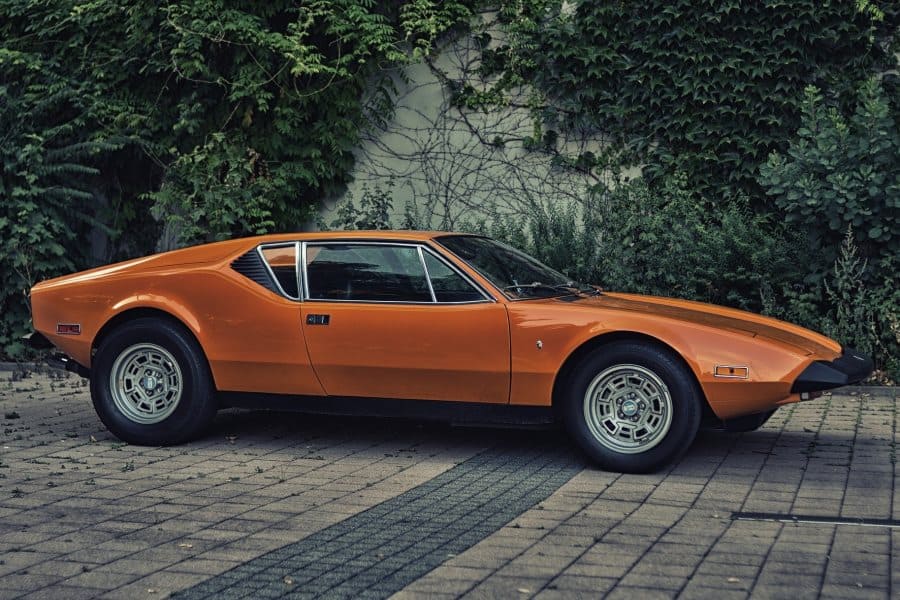 The Italians know how to make an attractive sports car. The De Tomaso Pantera was the automaker’s most popular build, with the original model powered by a 5.8-liter Ford Cleveland V8 engine. Later models had better engines with more power, while the interior came with features like power windows, air conditioning, and leather seats. There were also a number of competition cars commissioned by De Tomaso, although none of them were successful. 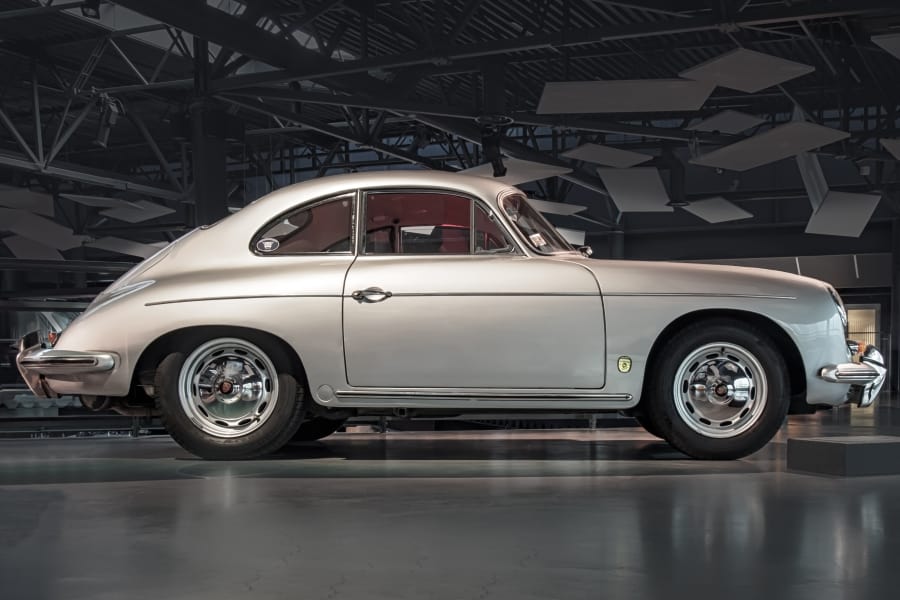 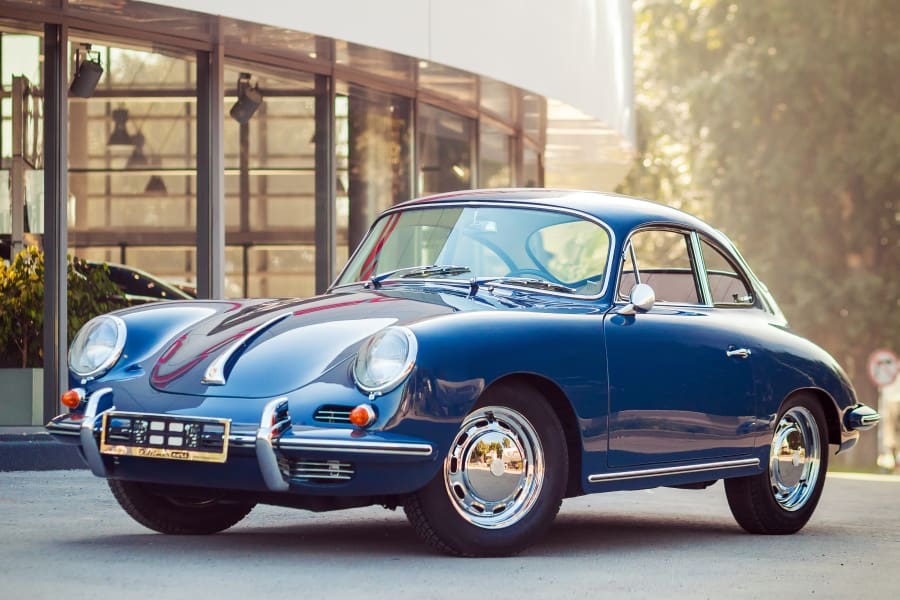 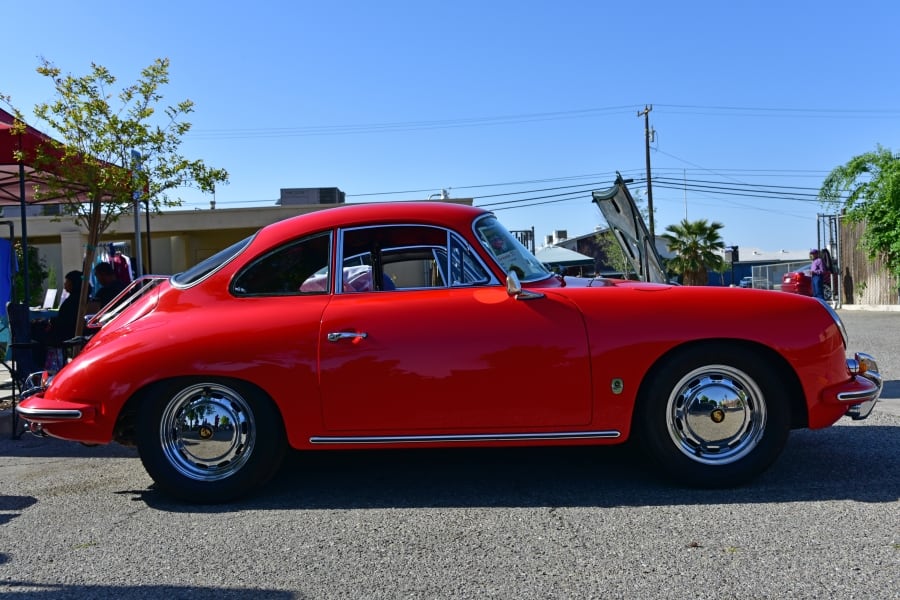 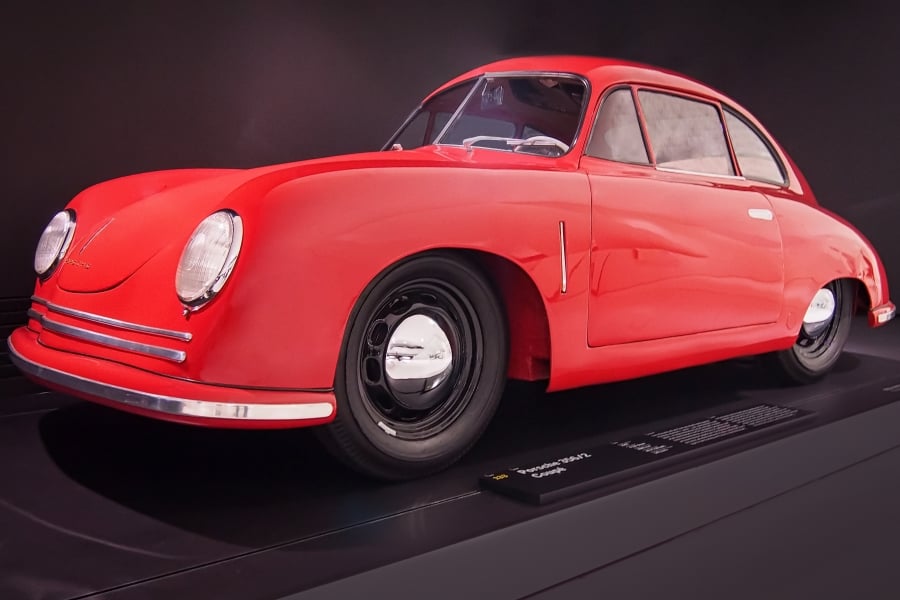 The Porsche 356 was the first sports car built by the German automaker. It was a lightweight two-door available with a hard or soft top. The engine was located at the rear and several versions were released during its lifetime, each retaining the familiar round shape that Porsche has become known for. It continues to be a popular car with car enthusiasts, with the most expensive ever sold at auction being a Porsche 356 driven by Janis Joplin which fetched $1,760,000. 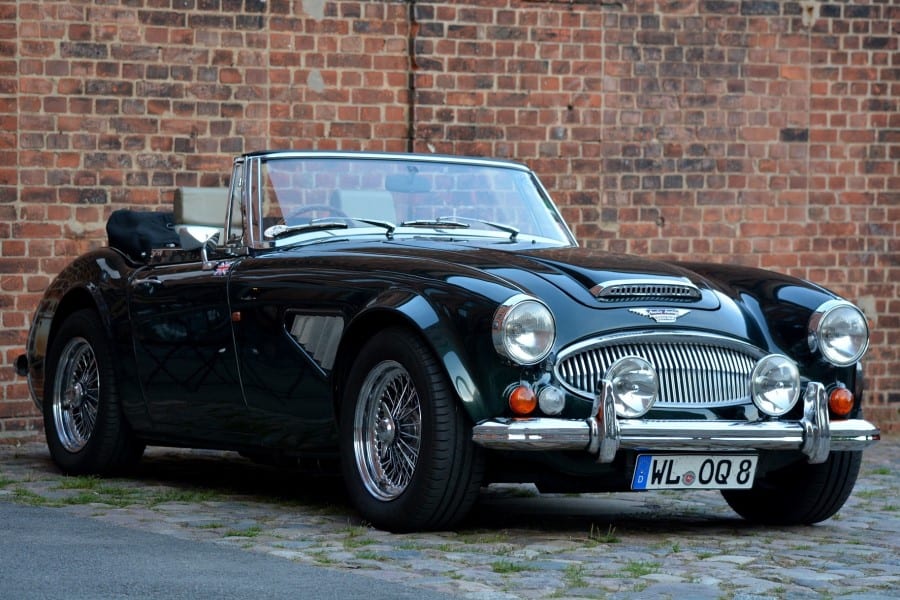 This British sports car has a very retro look and started life as an open topless vehicle. Later models would incorporate a removable roof, with the 3000 3-litre being extremely popular in America, where the majority of sales were made. As well as being a popular car, the Austin-Healey 3000 was a successful race car, winning many European rallies. 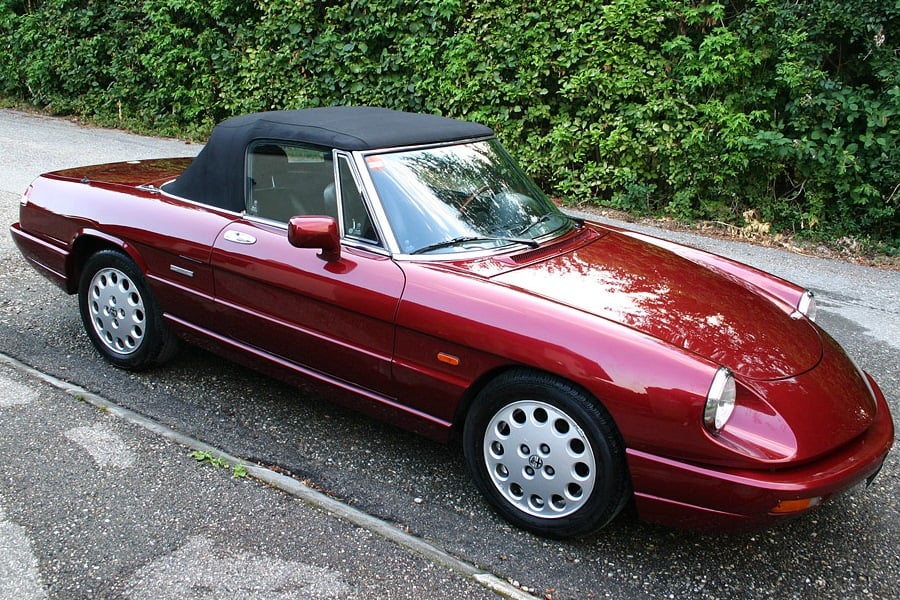 There are dozens of different Alfa Romeos available today, but for collectors it’s hard to top the Spider. This classic retro car has had four different generations throughout its nearly three-decade production run. It’s exactly the type of car you’d expect from Alfa Romeo, with its elegant silhouette and intriguing curves creating an attractive vehicle. While not the fastest car on the market, it was a great mid-range sports car for those who couldn’t afford the big names.

Another slice of American muscle, the Chevrolet Camero was a two-door available in either a hardtop or a convertible. The SS model was fitted with a 350 cu in 5.7 liter or 396 cu in 6.5 liter V8 engine and had a number of other upgrades over the standard model. Besides being more powerful, it also handled better and had a special SS badge.