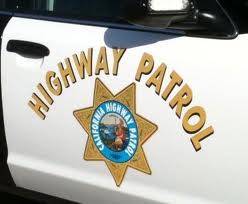 After allegedly participating in the theft of a U-Haul truck, a motorcyclist led officers in a pursuit from Los Osos to Atascadero on Friday afternoon that reached speeds of 100 mph or more.

While driving in the Los Osos area around 1 p.m., an off-duty CHP sergeant observed two men who appeared to be stealing from a U-Haul truck, according to CHP. The off-duty sergeant reported the incident to dispatch and then followed the suspects as they began to move away from the area.

One of the suspects was driving the U-Haul, while the other was on a motorcycle. By the time they reached South Bay Boulevard, the suspects noticed they were being followed.

The U-Haul man then pulled over. The motorcyclist continued his escape towards the north.

He drove officers down Highway 41 to Atascadero. The suspect drove through several residential neighborhoods before stopping on private property. He then surrendered and was taken into custody.

Investigators determined that the motorcycle was stolen. They’re still investigating the status of the U-Haul.