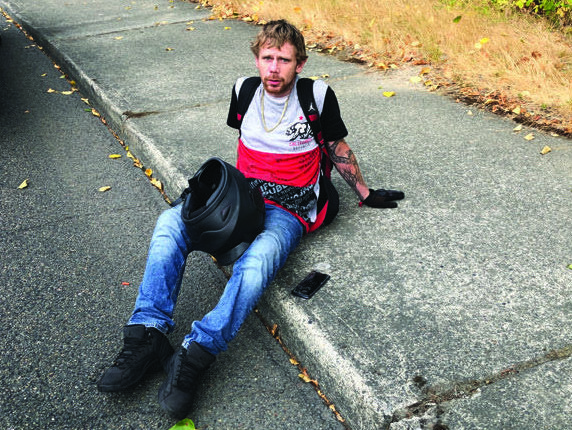 Lee Furtwangler, 32, of Olympia, was contacted shortly after 8 a.m. while riding the red Honda, with a woman nearby waiting to speak to him or for him to settle on the motorcycle.

Furtwangler told the agent he had bought it for $ 300 from a friend named “Jason”, but did not know the last name of “Jason”.

The officer searched the motorcycle for a vehicle identification number (VIN), but was initially unable to locate it. Later, the VIN was discovered under the painter’s blue ribbon.

Furtwangler had a photo of the VIN which he showed to the officer; the VIN that came back as stolen from Centralia.

Furtwangler has been placed under arrest. During a search of Furtwangler’s backpack, OPD found a 45mm style BB pistol painted black and a large set of shaved keys for Ford, Toyota and Honda vehicles. Shaved keys are used to access and open locks on similar cars.