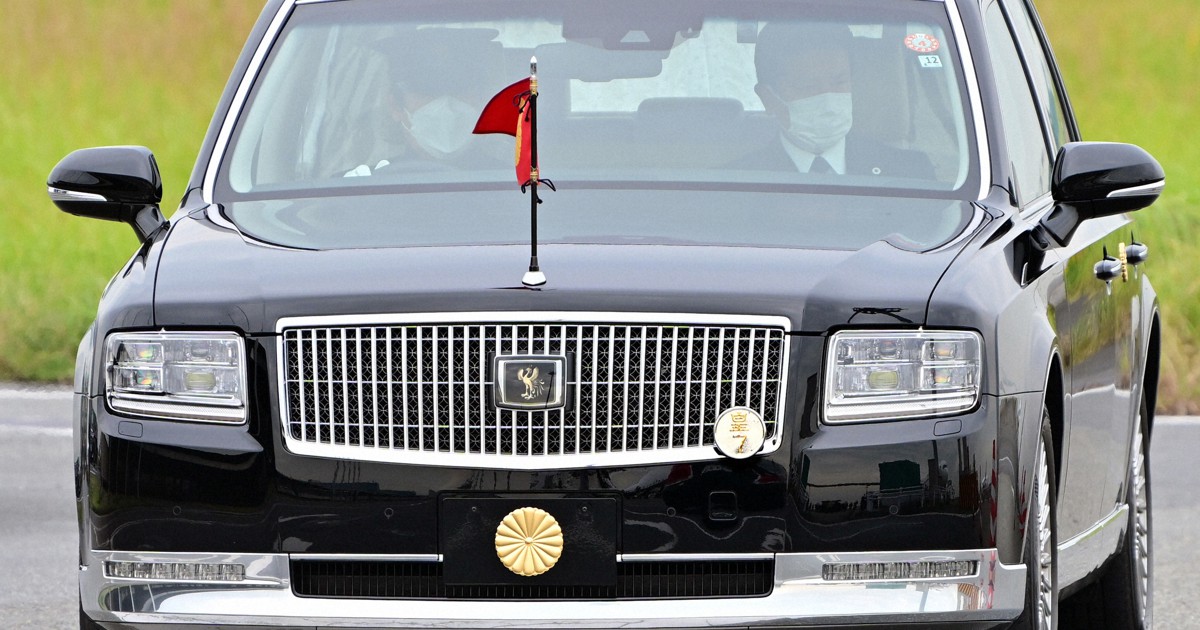 TOKYO — Emperor Naruhito and Empress Masako recently visited Okinawa Prefecture after their regional tours, which had been suspended due to the coronavirus pandemic, resumed in October, and people standing on the side of the road were again seen waving to the motorcade. The Mainichi Shimbun looked at the type of cars used in such convoys and driven by the imperial couple.

A vehicle that the imperial couple drives is called a “goryosha”. According to the Imperial Household Agency, there are currently several goryosha, including a special edition Toyota Century.

Cars used for official Imperial couple business do not have ordinary license plates. Instead, they are marked with an “Imperial Number”, a circular vehicle registration badge made exclusively for the Imperial Family measuring 10 centimeters in diameter. An “Emperor’s flag” with the chrysanthemum emblem is sometimes attached to the bonnet. For private outings, a car with a regular Shinagawa Ward license plate is used.

According to the Imperial Household Agency, when the imperial couple visits regional areas, the goryosha is transported to the site in advance. This is also the case of the “gubusha” cars, which the agency’s grand steward and others drive, as well as a spare car prepared for the imperial couple in the event of an accident or other emergencies. The agency says this has been the custom for some time.

If the destination is on the main island of Honshu in Japan, a driver often takes the car directly to the destination, but for the recent visit to Okinawa, a ferry was also used. It seems that drivers face many difficult moments when moving the car from place to place. They are apparently trying to sandwich the car with the Imperial license plate between other vehicles so it doesn’t stand out.

In the days when there were no cell phones, a liaison staff member to report the situation using a nearby public phone in case of emergencies, including accidents and breakdowns, also drove around the same car. There were even times when a mechanic was on board. Even today, there is a maintenance garage in the Imperial Palace where mechanics maintain the car.

During regional visits, a long line of vehicles driven by a white police motorbike forms. The convoy includes a goryosha, a gubusha, press cars and other vehicles including a rescue car. A vehicle equipped with wireless devices is boarded by the Commissioner General of the National Police Agency and the Head of the Imperial Guard Headquarters, and serves as a command post for the motorcade’s security.

The Imperial Guard Headquarters and local police oversee security, and security is their top priority. However, there is also a general rule not to disturb the harmony between the imperial family and the public, and the whole convoy drives slower when there are many people standing along the road, so that the imperial couple can respond to the inhabitants who welcome them.

Could these tiny, low-cost electric cars save America’s cities from SUV hell?