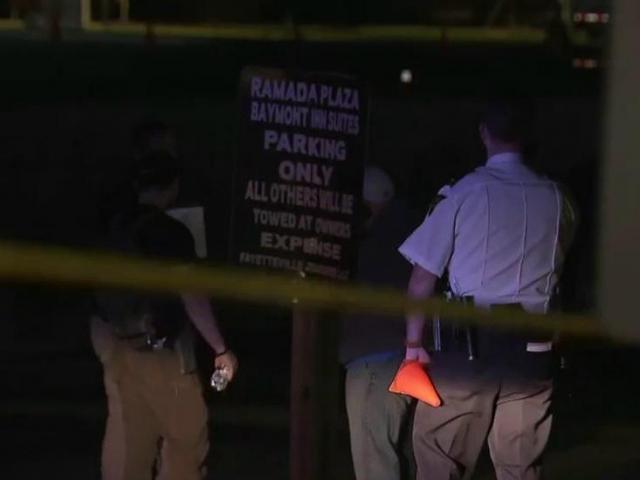 Six people were shot and three people were killed on Owen Drive after a fight broke out between the two groups.

The numerous 911 calls reveal just how chaotic and violent the shooting was. A caller said he heard dozens of gunshots near a busy intersection.

“I know there’s about 15, 20 bikes…they just started shooting at the intersection,” the caller said.

Another caller said the shots hit their window and car outside the Baymont Hotel.

“I’m on the floor. It happened right outside my window and I think something hit the window and my Jeep may have been shot,” the other caller said. “I’m from out of town…people are screaming.”

William Franklin Davis, Sr., 42, died at the scene of the shooting.

Three other gunshot victims were treated at local hospitals.

Two people have been arrested in connection with a fight that broke out earlier in the day between two gangs. Investigators believe the scuffle led to the fatal shooting.

No one has been arrested in connection with the three men who were killed.