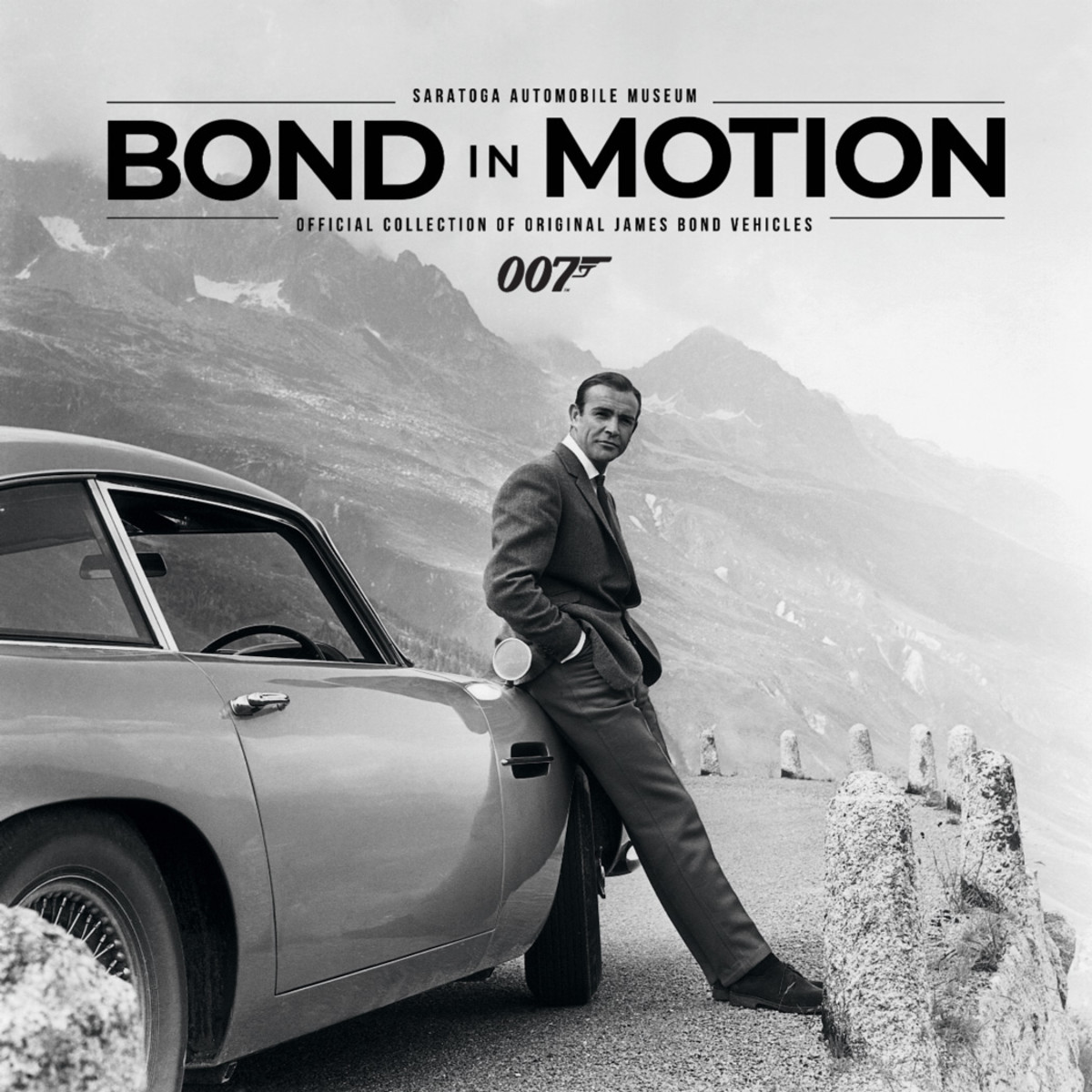 Visitors to the exhibition will experience all the excitement and drama of the world of Bond with a collection of automobiles including the iconic and most famous Bond car: the 1964 Aston Martin DB5. Other vehicles on display include the white 1977 Lotus Spirit of The Spy Who Loved Me (1977) that sensationally transforms from a high-performance sports car into a submarine; the 2007 Aston Martin DBS who marked the history of cinema with a record of seven complete rotations Casino Royale (2006), and one of ten Aston Martin DB10 2015, built specifically for 2015 Spectrum.

“James Bond has driven some of the most exciting and iconic cars in film history, and he’s been involved in some of the greatest car chases ever filmed so they form the centerpiece of our exhibition as they take the visitor on a roller coaster ride of magical Bond moments as expressed through the automobile is thrilling,” said Carly Connors Saratoga Automobile Museum Executive Director.

“This is truly the most ambitious exhibition we have ever mounted, and we know it will attract visitors from all over. Saratoga Springs is a wonderful weekend getaway for New Yorkers and MOVING LINKS is definitely a ‘must-see’,” she continued.

In addition to some of the most iconic cars, there’s movie history, MOVING LINKS includes a motorbike, three-wheeler, snowmobile, wet bike and a submarine. The exhibit even includes the Indian motorized rickshaw, or tuk tukwho appeared in an unforgettable chase scene through the crowded streets of Udaipur in the film Octopus (1983).

“With their machine guns, their lasers, their ejection seats and their gadgets MOVING LINKS pays homage to the vehicles of the past 60 years that have seduced us and that are indelibly engraved in our minds. We are thrilled to bring together so many of these unique vehicles under one roof for everyone to enjoy,” Connors concluded.

Don’t miss this rare opportunity to view the official licensed collection of used cars from EON Productions Limited, Danjaq, LLC., and the Ian Fleming Foundation at Saratoga Automotive Museum as we celebrate the 60th anniversary of the world premiere of the first James Bond film Dr. No in 1962.

Want to get a taste of Old Cars magazine first? Sign up for our weekly e-newsletter and get a FREE digital download of our print magazine.

* As an Amazon Associate, Old Cars earns from qualifying purchases.