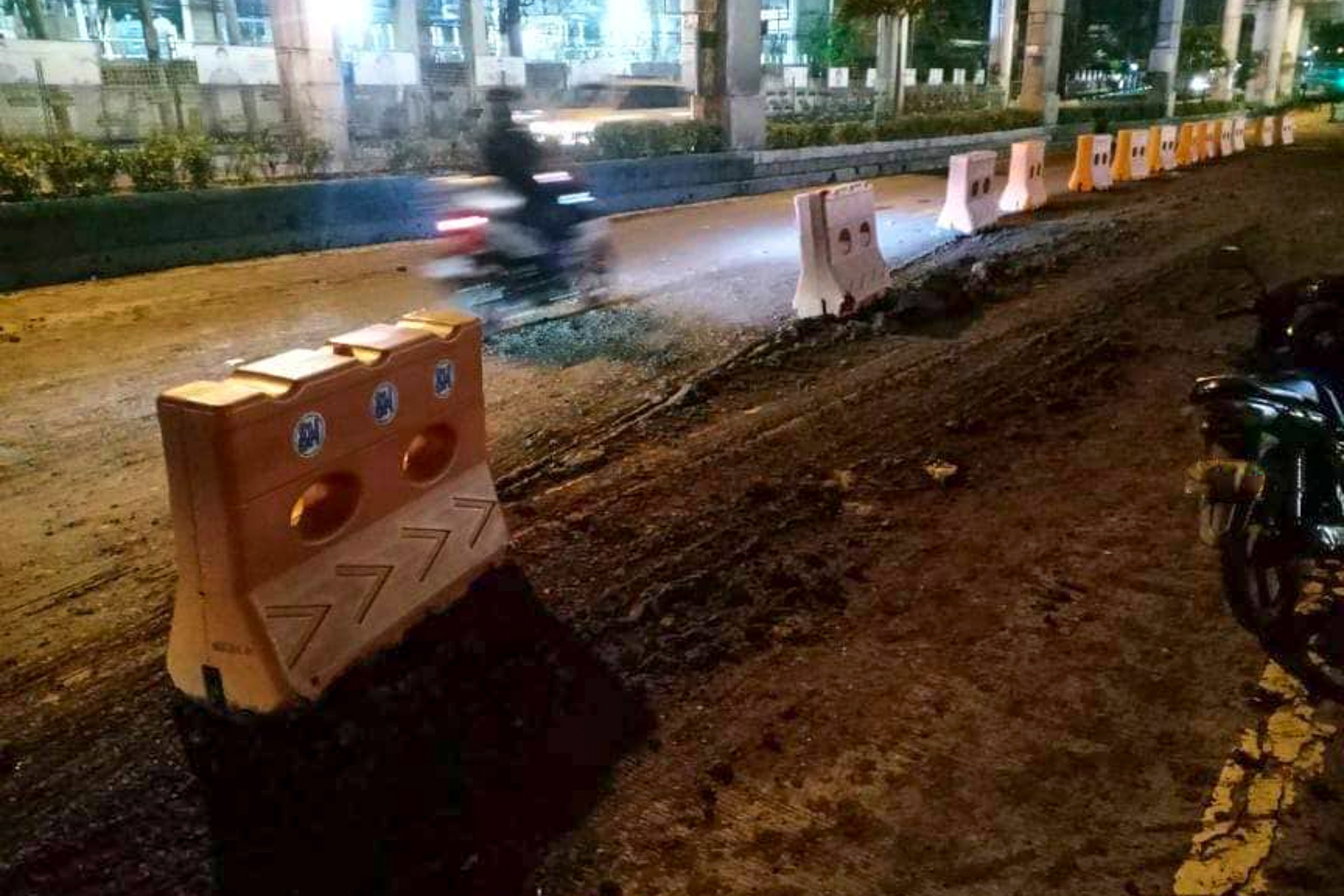 Report any trucks dumping dirt along the EDSA

This is not the first time this incident has occurred. On August 6, the same incident occurred when earth was dumped along the northern part of the EDSA-Ayala Avenue tunnel. Two motorcycles were victims of the spill, and it could have been more without the quick action of the MMDA.

About a week earlier, earth had been dumped in the northern part of the Guadalupe Bridge in Makati. Although no accidents were reported at the time, this prompted the MMDA to shut down the section to clean up the mess.

While the driver and the truck are still on the run, the MMDA was able to decipher a pattern with these incidents. It always seems to be caused by 1) a dump truck; 2) the spill is still on the northbound lanes, which means the truck is moving along the EDSA from south to north; 3) the truck must be overloaded with earth, possibly without a tarpaulin and 4) this always happens in the wee hours of the night (possibly between midnight and dawn).

The MMDA has already looked at available CCTV footage to find the culprit. However, it is appealing to the public who can have dashcam footage of the incident that can help them identify the offending truck (s) (via plate number and make and model) so that they can check their records and take action.

Bikers, especially our brothers in the courier industry (Grab, Lalamove, Toktok, etc.) and motorcycle taxis (Angkas, Joyride and MoveIT) spend a lot of time on the road and are most at risk when these incidents happen. Chances are, if you are driving along the EDSA and witnessed it, help our authorities stop this by submitting your dashcam video.

If you have any information that can help resolve this issue, call the police or Hotline MMDA 136.

Keep in mind that trucks are prohibited from using the EDSA, except along the portion between Roxas BLVD and SLEX (Magallanes). As such, all trucks traveling along the EDSA-Shaw tunnel are already in breach of the truck ban.