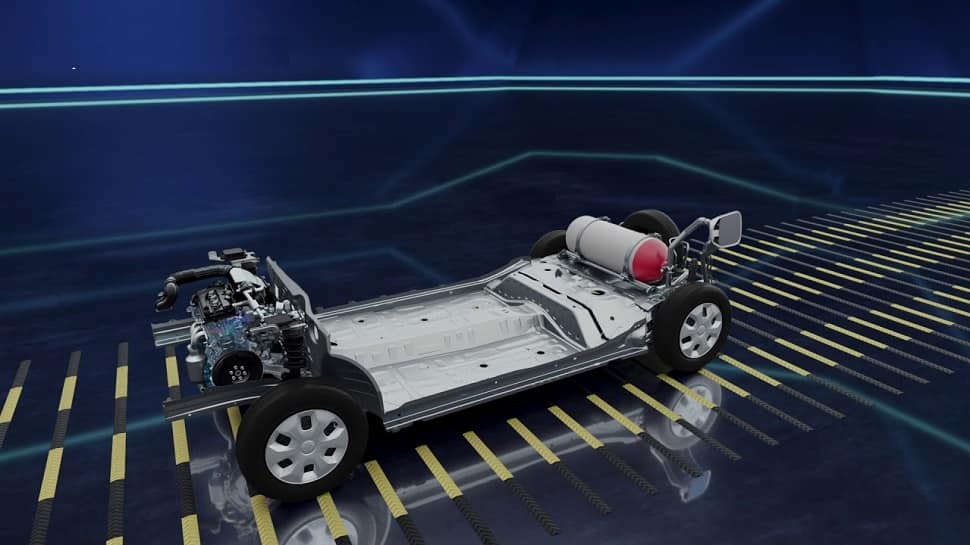 Petrol and diesel prices rose again for the seventh consecutive day and were raised by 80 paise and 70 paise per liter respectively. With this, petrol prices have now crossed the Rs 100 per liter mark in Delhi, Mumbai, Kolkata and Chennai as of Tuesday (29 Mar 2022). These rising fuel prices have become a source of concern for commoners. Given this inflation in fuel prices and the new attraction of Indians towards CNG vehicles, we have compiled a list of some of the best CNG cars in the Indian market.

S-Presso is the most user-friendly car with the CNG option priced between Rs 5.24 and Rs 5.56 lakh. The engine of this small car produces a maximum power of 59.14 Ps and a maximum torque of 78 Nm. It has a fuel efficiency of 31.2 km/kg.

The name Wagon-R itself speaks about the popularity of this car even in the CNG segment. It’s also one of the best in terms of cabin space when it comes to headroom and leg room. The motor on this one produces a total of 59.14 Ps and 78 Nm of torque. It has a fuel economy of 32.52 km/kg, priced from 6.13 lakh to Rs 6.19 lakh.

Read also: This Hero Splendor imagined as an electric motorcycle with 240 km of autonomy

Recently launched with Tata Tiago i-CNG CNG option, one of the CNG cars which gets different variants unlike the others. The engine in this car produces 73.4 PS and has a maximum torque of 95 Nm, making it the most powerful engine in the segment. It has a fuel economy of 26.49 km/kg on CNG according to ARAI ratings. Its price is between Rs 6.09 lakh and Rs 7.64 lakh.

The newly launched Maruti Suzuki Celerio has received an update with a CNG engine delivering 56.67 PS, with a torque of 82.1 Nm. The fuel efficiency of this engine is 35.60 km/kg in CNG mode according to ARAI ; This car has been priced at Rs 6.59 lakh.

Among the many engine options of the Grand i10 Nios, one is a CNG powered engine. The CNG-powered engine of this car generates a maximum power of 68.66 Ps and 95 Nm, with a fuel economy of 18.9 km/kg according to ARAI. Its price is between Rs 7.07 lakh and Rs 7.60 lakh.

The recently launched Tigor i-CNG has the same engine as the Tata Tiago with a similar fuel economy of 26.49 km/kg according to ARAI. It also has a similar power output of 73.4 PS and a peak torque of 95 Nm. It is priced between Rs 7.69 lakh to Rs 8.41 lakh.

The Maruti Ertiga is India’s most popular minivan and its CNG model is in high demand. The CNG-powered Ertiga is ideal for hauling passengers without breaking the bank (ARAI says it delivers 26.08 km/kg). It is also relatively fast, with 92.45 PS and 122 Nm available. It is priced at Rs 9.87 lakh.