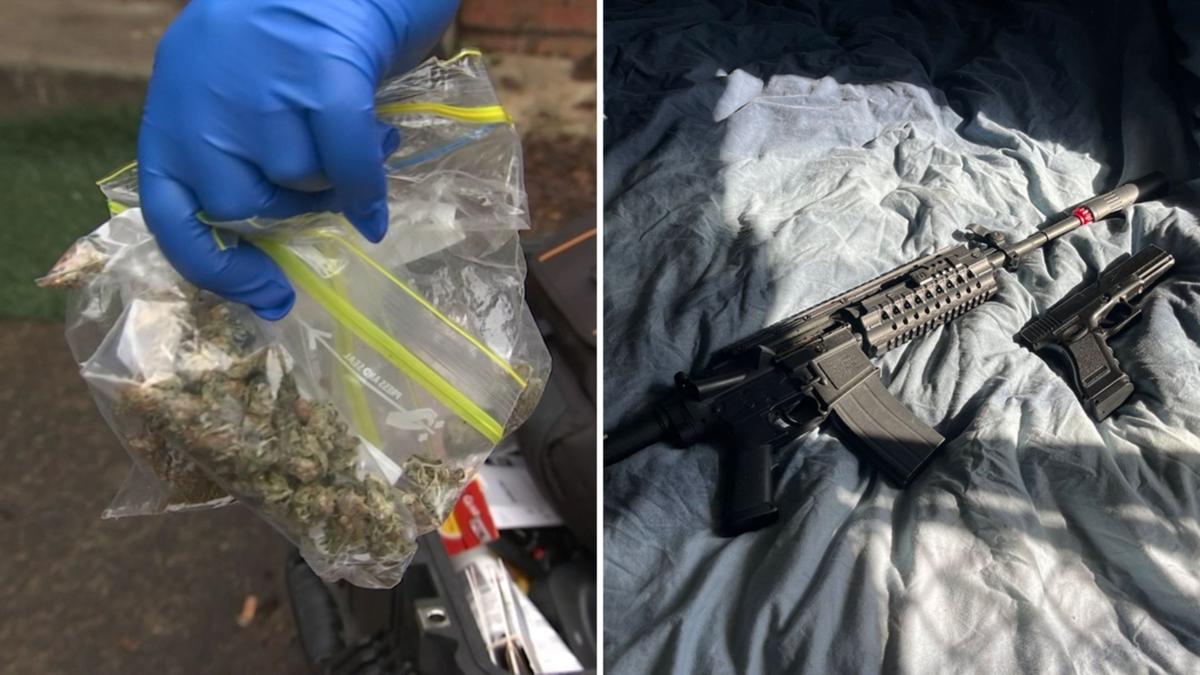 Nearly $5 million worth of drugs, luxury cars and jewelry, cash and firearms were seized in an intense two-week multi-agency police operation targeting organized crime networks across NSW and QLD.

Watch the video above to learn more about this story

NSW Police said this led to the confiscation of $4.5 million in drugs – including cocaine, methylamphetamine and cannabis – and $150,000 in cash from properties spanning the border towns of Northern Rivers and Gold Coast.

In Seelands, police seized chemicals and equipment believed to have been used to manufacture drugs, as well as 1 kg of cannabis, in July.

The following day, a 44-year-old man in Ewingsdale was given a gun prohibition order and his property was searched, where firearms, $10,000 in cash, luxury watches and electronics were found. seized.

Later that week in Bilambil Heights, the home of an alleged 36-year-old member of the Mongols Outlaw Motorcycle Gang (OMCG) was raided, where police reportedly located a bar at the back of his home.

The venue was dismantled by police after seizing gang paraphernalia, quantities of alcohol with a price list and cannabis.

On July 25, police raided a home in Tweed Heads and reportedly found cannabis, over 130g of suspected cocaine, over $18,000 in cash and electronic devices.

A 53-year-old man has been charged with drug offences.

On July 26, a 27-year-old man was arrested in Tweed Heads South, for allegedly unlawful possession of a loaded gun and ammunition in his home.

Later in the day, two hydroponic cannabis cultivation laboratories were reportedly located at a residence in Carrara, along with 2.5 kg of dried and packaged cannabis.

A 55-year-old man has been charged with drug offences.

Police hope the two-week operation has brought them closer to dismantling suspected criminal networks in the area.

“Our message to organized crime is simple. We will not stop in our mission to outsmart you and protect the Australian community,” she said.

Local motorcycle cruise for the benefit of families in the region

This $2,000 electric cargo trike is the world’s smallest taco truck