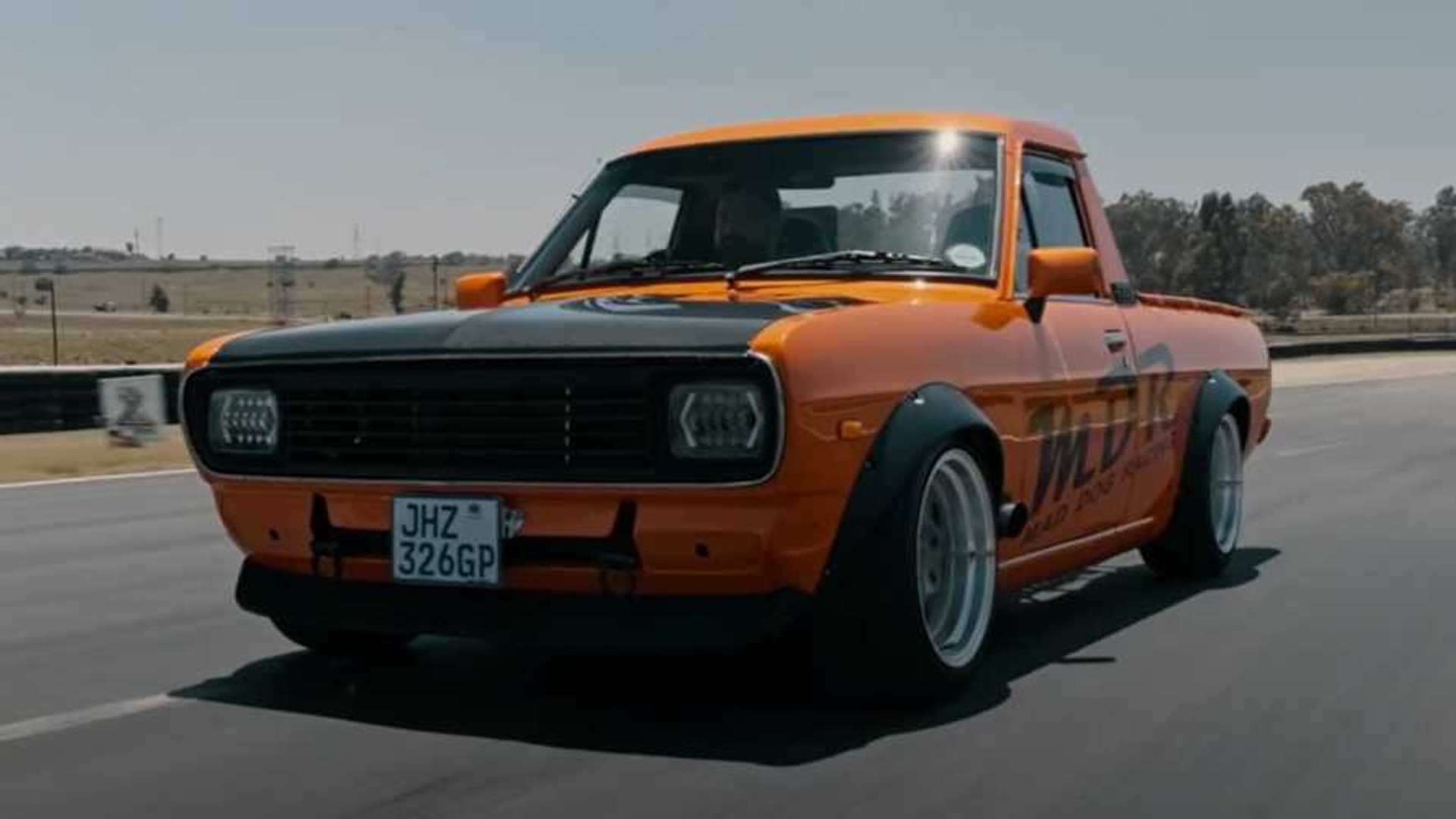 You’ve probably never heard of the Nissan 1400. It was a small truck made by the Japanese automaker between 1971 and 2008 in South Africa. To our Eastern European readers – yes, it looks a bit like a Moskvich 412 with a crate, but the two were not related. The 1400 pickup was considered the most popular truck in Africa and was nicknamed â€œChampion of Africaâ€. However, it was never meant to be exciting and performance driven.

A Nissan 1400 owner from South Africa was probably unhappy with the truck’s appearance and performance on the road, and decided to modify it in a unique way. And what this guy did was absolutely fantastic – all handcrafted with exceptional build quality. Wait to hear the juicy details.

It took about 700 hours of work for Stephan FouchÃ© from Mad Dog Racing to create this truck designed primarily for track use. It features a clean exterior and a naturally aspirated Honda motorcycle engine that spins over 12,000 rpm. The revvy engine might not have big output numbers, but the truck is extremely light at just over 1,455 pounds (660 kilograms), making it quick and nimble.

The video at the top of this page, courtesy of Cars.co.za, details the brilliant project with a Honda CBR 1.0 liter engine. The engine probably isn’t even the best part about this build, as the interior suspension layout is really great. The Frankenstein truck runs on Porsche wheels which gives it a rather special look.

As the video host explains, the vehicle is extremely light and fun to drive on a track. And with its fantastic looks and screaming motorcycle sound, it’s also a sight to behold.

Pop a Wheelie with these motorcycle toys for all ages