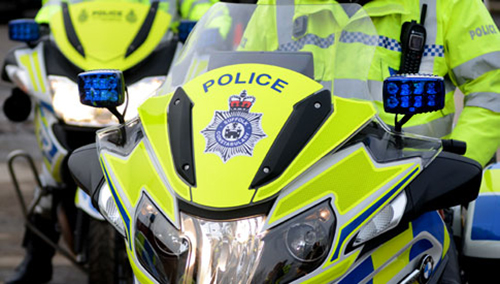 Suffolk Police are backing a nationwide initiative to highlight the safety of motorbikes and bicycles on our roads, which will take place next week.

The “2 wheels” campaign organized by the National Council of Chief Constables, begins on Monday April 11 and runs until Sunday April 17, with the aim of raising awareness among motorists – as well as drivers – about improving behavior driver/driver to enhance road safety.

Motorcyclists represent only 1% of the automobile population, but are 16 times more likely to be injured in a serious or fatal collision than motorists. They therefore remain one of the most vulnerable road users, alongside cyclists.

Officers will pay extra attention to the safety of two-wheeled road users during the campaign, where possible by educating drivers on the dangers of not having the correct skills, knowledge and personal protective equipment. However, compliance with road traffic rules will be enforced where appropriate.

The campaign is also an opportunity to make all road users think about the safety of two-wheelers and the improvement of driver behaviour. Many collisions involving cyclists are the result of vehicles passing them too closely or being unaware of them at intersections.

Inspector Gary Miller, of the Roads and Armed Police Team, said: ‘As an avid motorcyclist myself, I cannot stress how important it is to increase the risk faced road users on two wheels, because where cars are continually being made safer, those on motorbikes and bicycles retain many of the same risks they have always had.

“It is the responsibility of all road users to think about their own safety and that of others. Motorcyclists and cyclists should ensure they are wearing all necessary safety equipment to protect themselves and ride thoughtfully and responsibly.

“Finally, I urge drivers of other vehicles to be extra careful when traveling near cyclists or motorcyclists and to recognize that they are more vulnerable. Do not drive too close to them and leave enough space in case of overflow.

Suffolk Police and Crime Commissioner Tim Passmore said: ‘I fully support this road safety campaign and hope that increased awareness of the dangers motorcyclists and cyclists face when on two wheels on our roads, will have an impact on road safety in the county.

“It is a very sad fact that motorcyclists are sixteen times more likely to be injured on the road than a driver – a sobering fact that all road users should be aware of.

“Road safety is everyone’s responsibility, whether we’re on four wheels, two wheels or on foot – we really have to look out for each other.”

Motorcyclists are encouraged to take the opportunity to improve their riding skills by attending a Safe Rider course. Monthly courses run until October and more information can be found on the Suffolk Police website here: Safe Rider Workshops | Suffolk Constabulary

Talking Cars 354: Everything you want to know about electric vehicles