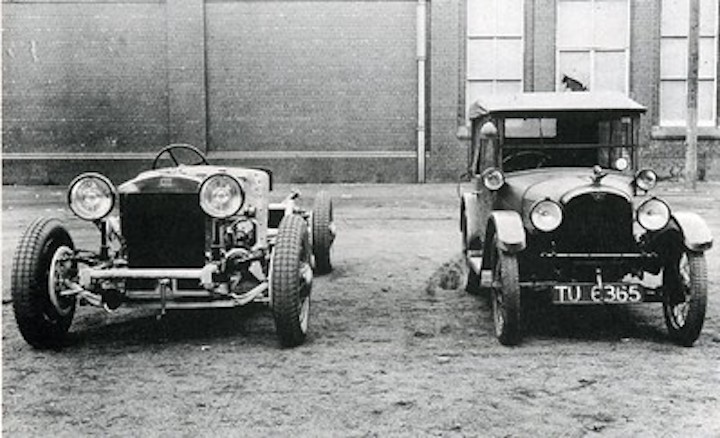 Moveo Cars in 1929, the car of the future made in Preston

At the beginning of the 20and century, a plethora of obscure and forgotten companies produced cars and motorcycles.

A little known car produced in Preston was the Moveo.

It was a powerful and fast car for 1929, with several innovative features.

In 1907 Bert Houlding Snr and his two sons occupied premises in Cold Bath Street, then moved to Ribble Bank Mills. They have become specialists in carburettors. A book by Paul Ingham is called Bert Houlding: TT Pioneer.

They produced two motorcycles between 1923 and 1928, known as the Toreador and Matador.

Norman Houlding raced bikes at the Isle of Man TT races. From 1929 to 1933, they experimented with the production of sports cars.

Bert Houlding Jnr did not suffer fools willingly. He joined Preston Electricity in 1934 as a traffic engineer. Traffic engineers took care of the work on the roads and pavements, probably because they had to be dug out for wiring.

Another Preston connection was the engine used, which was produced by James Walmsley and Co. The motorcycles and cars were composite machines, using the best parts from other manufacturers.

During World War II Bert served in Palestine and Egypt. Bert was also a writer for Autocar and the Manchester under the title Tunesmith. After the war, he ran the aforementioned carburettor business until his death in 1955, aged 67.

Moveo cars were manufactured at New Hall Lane from 1929 to 1933. Only one was completed, along with another chassis which later received Rolls-Royce bodywork. The cars were to be priced at £575 and could travel at 85mph.

In 1936 a Moveo was advertised by the Motor Traders Disposal Board for £195, fitted with said Rolls-Royce bodywork. It was probably the remaining chassis.

Before World War II, the car was bound for New York City where it belonged to a doctor. He then disappeared until the sad remains were discovered in 1981, in East Africa.

Motor Sport magazine said in May 1932:

“The designer of a new car is in the happy position of being unhindered in his pursuit of the best by trying to avoid having to scrap old jigs and similar manufacturing considerations, and the car maker Sportswear generally has more wiggle room because potential buyers are willing to pay a good price for something that’s good and out of the ordinary in terms of layout and performance.

“This is illustrated by the case of the Moveo car, which was built following a two-year experiment by its designers, Messrs. Haythornthwaite and Houlding, and is now in production.”

Haythornthwaite was a Blackburn Mill owner who provided the financing.

Perhaps the most famous car of 1929 was the 4.5 liter Bentley Blower. The Moveo cars had a similar “long and low” look with a smaller engine. In 1929 Sir Henry “Tim” Birkin won the race at Le Mans in a supercharged 4.5 liter Bentley. The Supercharger design had been created by Birkin against Bentley’s wishes.

Sports cars were made to order and it was the idea of ​​having a racing chassis ready to go, like with the Moveo.

Bentley retired from racing in 1930 and the company was taken over by Rolls-Royce in 1931.

Read more: See the latest news and headlines from Preston

Incentives for cars and motorcycles 2022: how it works