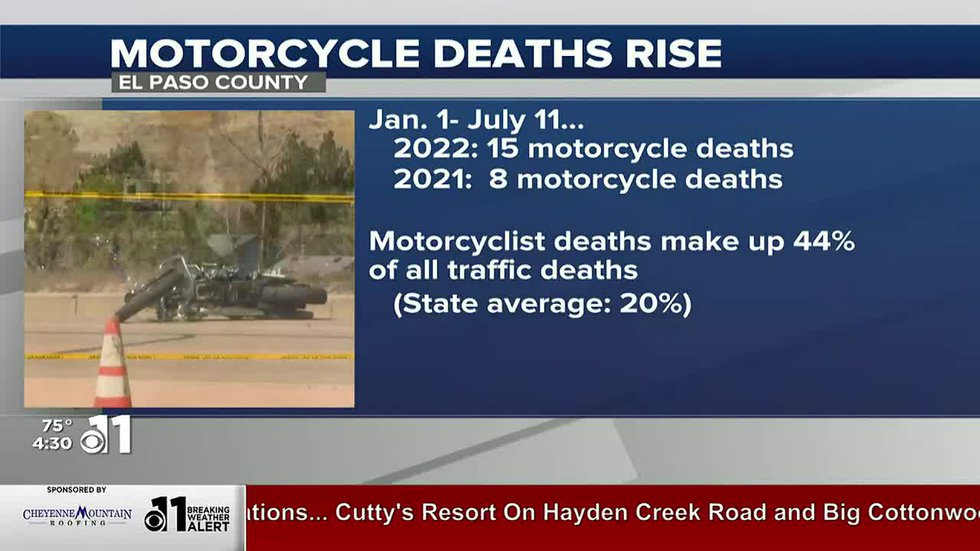 COLORADO SPRINGS, Colo. (KKTV) — Motorcycle deaths are on the rise in El Paso County, which concerns both local police and the state Department of Transportation.

Since the beginning of 2022, there have been 15 motorcycle deaths. This is almost double the 8 recorded in the same period last year. Those 15 deaths represent 44% of the total number of road deaths in El Paso County so far this year. To put that percentage into perspective, CDOT safety experts say motorcycle fatalities typically account for about 20 percent of all road fatalities in the state. They also say that motorcycles make up only about 3% of vehicles on the road.

“Most motorcycle accidents involve single vehicles, which means it was the fault of the motorcyclist who was not able to control that motorcycle and ran off the road,” Cole said. “We want riders to know how to slow down, never ride while impaired, and wear protective gear. It would save a lot of lives. »

Pueblo County has recorded 2 motorcycle fatalities this year, and there have been 69 statewide. These numbers include the latest reports from all state law enforcement agencies, which recently had to release their July 4 weekend crash data to CDOT.