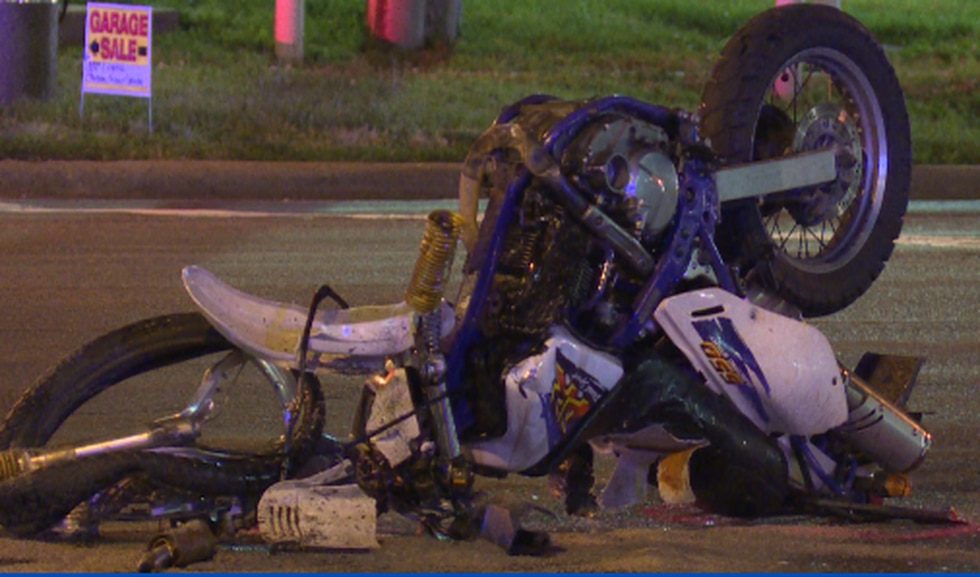 SPRINGFIELD, Mo. (KY3) – Whether it’s inattentive motorists or motorcyclists not driving safely, the increase in the number of accidents involving motorcycles in Springfield this year is to blame for two sides.

Figures provided by the Springfield Police Department show the city has seen 51 crashes so far in 2022 involving motorcycles, up from 47 this time last year. There have been two fatal motorcycle accidents this year compared to one in 2021.

Bob Machala lives in Battlefield, Missouri, and is about to make his third trip to Sturgis for the long Sturgis Motorcycle Rally in this South Dakota town.

Like many long-time cyclists, he has war stories to tell.

“I had my first motorcycle accident when I was 18,” he recalls. “I learned that you don’t ride in shorts and tennis shoes.”

This accident happened when Machala sped through gravel trying to negotiate a curve in the road.

“I had so many road rashes that it took several months to heal and six hours to clear the tar from my skin,” he said. “I made the mistake of hanging onto the bike and I slid with the bike. It stays with you for your whole life.

If it’s that bad with gravel, you can only imagine a cyclist’s pain on Wednesday night when he was traveling south on Campbell Avenue and was hit by a car turning left ahead of him on Walnut Lawn . The cyclist survived but cried out in pain as paramedics loaded him into an ambulance.

Police say he is in stable condition in hospital.

Unfortunately, it was also at the Campbell-Walnut Lawn intersection that two motorcyclists were struck in the same circumstances last August. One of the bikers, a 58-year-old man, did not survive this incident.

The driver of the car in this accident said the same thing heard by police in many other motorcycle-related accidents.

“That they didn’t see the bike coming,” Anderson said. “People need to slow down and make sure they are looking both ways and in all directions, especially when it comes to motorbikes at night as they are a little harder to see.

“Put lots of lights on your bike so they can see you’re coming,” Machala added. “And motorists should put down their phones.”

Machala cited an example of an incident at that same intersection.

“A friend was pulling out of a parking lot, and a motorcycle heading south on Campbell at high speed hit his truck so hard it spun the truck, and the bike flew quite a distance. The rider ended up to die. It was a very sad event.

Police admit they have difficulty catching speeding motorcyclists who are out of control because they don’t want to create a more dangerous situation by chasing them.

“Chasing a motorcycle through the streets of Springfield at high speed is very dangerous,” Springfield Police Chief Paul Williams said. “So we only do that in extreme circumstances.”

But in mid-May, the SPD teamed up with county and state law enforcement for “Operation Safe Ride,” where aerial surveillance was used to catch reckless cyclists. Officers made 108 arrests and issued 71 citations and 83 warnings. They also made two drunk driving arrests. The program was funded by a grant from the Missouri Department of Transportation, and several such events are scheduled over the summer.

“We’re not going after responsible motorcyclists who have just been out for a ride,” Williams pointed out. “But these are the ones who speed through the streets at 100 miles per hour, wheelies, cuts through traffic or drives down the lane divider and creates danger to themselves and others.”

“When you’re on a fast-moving motorcycle, they’re hard to control,” Machala added. “It’s a 1,200 pound machine between your legs. You have to be on your game, or you won’t live very long.

To report a correction or typo, please email [email protected]