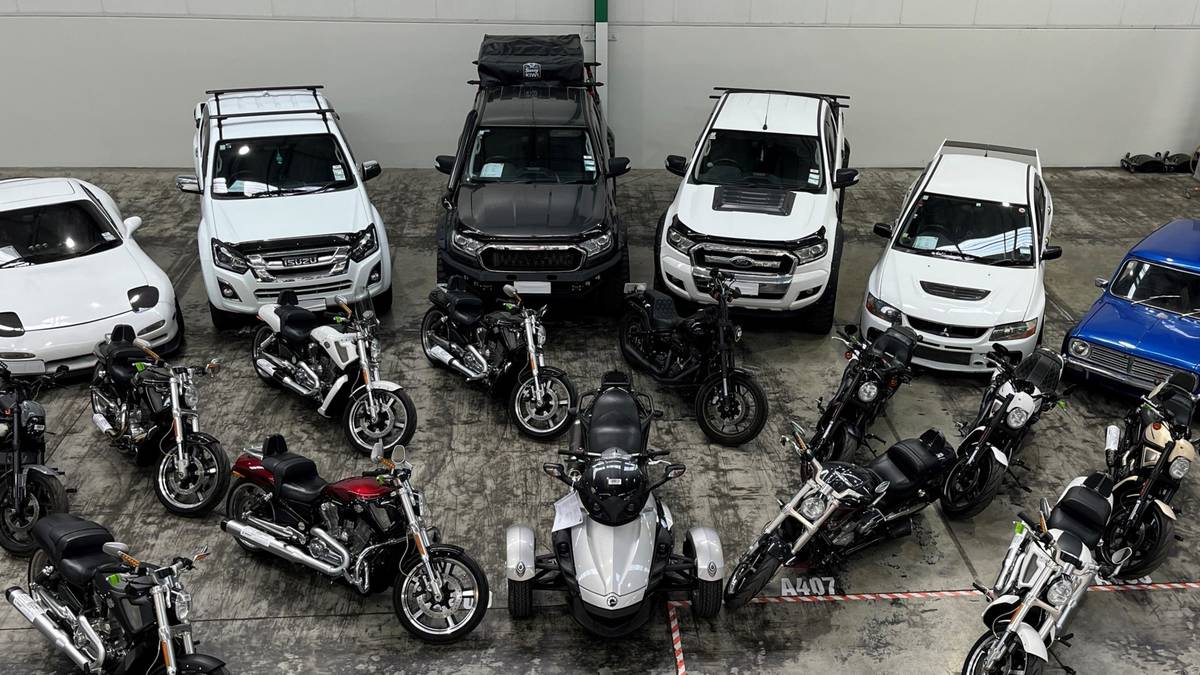 Twelve Harley Davidson motorcycles and 16 other vehicles were seized by cops amid a large bust targeting the West Auckland Nomads Chapter of the Hells Angels Motorcycle Club. Photo/New Zealand Police

A dozen Harley Davidson motorcycles, 16 other vehicles and $400,000 in cash were seized in a major police operation in West Auckland.

The significant seizure comes after Operation Samson continued to investigate individuals and entities linked to the West Auckland Nomads chapter of the Hells Angels Motorcycle Club.

Police allege those involved have links to a sophisticated money laundering operation across Auckland.

One person has been charged with significant drug trafficking and importation offenses and will appear in court “in due course”, police said in a statement.

The total value of property, assets and cash held so far as a result of Operation Samson exceeds $6 million, according to police.

Northern Asset Recovery Unit Senior Detective Sergeant Eddie Evans said this is a continuation of the important work the police are undertaking, in conjunction with Operation Cobalt, to make the shed light on the activities of a transnational organized crime group operating in New Zealand.

“Police are committed to holding accountable those who amass assets and wealth through illegal means,” Evans said.

“This is a significant restriction of millions of dollars of vehicles, property and money that highlights the ongoing work of police to disrupt and dismantle this type of damaging crime in our country.”

As the investigation continues, police say they cannot rule out further arrests and charges in connection with the operation.