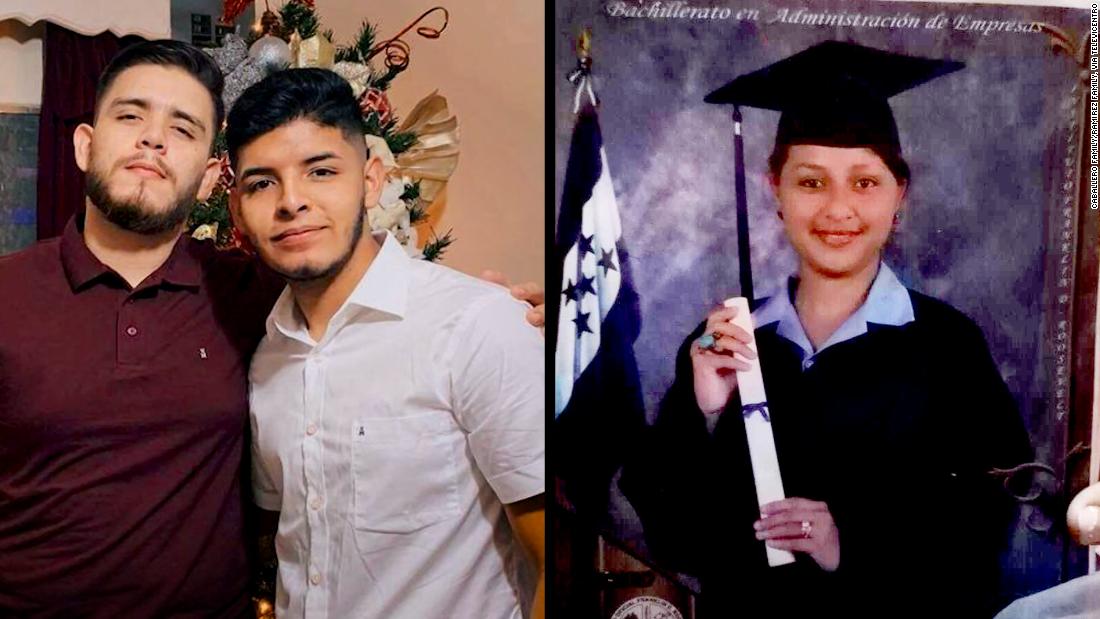 “She didn’t have to suffer,” Adela Aguilar said, shaking her head as she recalled the moment her granddaughter said goodbye to her last month.

Adela Ramírez had just turned 28 and had made a major decision: she was leaving Cuyamel, a small town in northwestern Honduras, and heading to the United States.

“I told him – ‘Don’t go. Here you live well. Here you can live wherever you want, working,'” Aguilar told CNN affiliate Televicentro.

Still, Aguilar said her granddaughter was confident she would find a better life in the United States, where her mother and sisters already lived.

Now Aguilar and other family and friends have told Televicentro they are heartbroken and stunned after learning that Ramírez was among dozens of migrants found dead this week in a tractor-trailer in San Antonio, in Texas.

Investigators are still working to identify the victims of what a Homeland Security Investigations officer called the deadliest human trafficking incident in US history. At least 53 people have died and some victims may be under the age of 18.

Authorities said migrants from Mexico, Guatemala and Honduras were among the dead. And in communities thousands of miles from San Antonio, members of devastated families are beginning to come forward to share stories of their loved ones.

Karen Caballero told reporters that her sons’ trip to the United States was meant to be the start of a new chapter in their lives.

“We planned it together as a family, so they could have a different life, so they could achieve their goals and their dreams,” she said. “That was the starting point.”

Speaking to reporters outside her home in Las Vegas, Honduras, Caballero shared how much she adores her sons.

“For me, my sons have always been the most beautiful children in my world,” she said.

She told Telemundo her sons were thrilled with the trip – the same way they had been when they were young boys waiting to go to a birthday party. They had wanted to build him a house with the money they would earn working in the United States.

“Triumph and stay focused,” she told them before leaving.

The brothers’ grandfather, Miguel Ángel Lara, told CNN en Español he sensed something serious had happened. The family had lost contact with them, he said, and then he learned of the San Antonio tragedy.

She texted her friend that she crossed the border

Back in Cuyamel, Adela Ramirez’s relatives told Televicentro they struggled to come to terms with her death.

“We were like sisters,” said Claudia Vallecillo, a close friend.

“I can’t believe the news,” Vallecillo said, showing Televicentro the house where Ramírez had lived with his mother and sisters.

The balloons from Ramírez’s recent birthday party are still in the living room, near the motorcycle she rode. Sandals and high heels line the wall of her bedroom, where a stack of photos includes an image of her 2015 graduation from the Franklin Delano Roosevelt Institute in Puerto Cortés, Honduras, with a major in business administration.

“I’m here, and seeing his things, I feel even worse,” Vallecillo said.

Ramírez’s mother and sisters had all left for the United States within the past year, family members told Televicentro.

And Ramírez left to join them last month, Vallecillo said. The two friends stayed in touch throughout his journey.

On Monday morning, Ramírez sent Vallecillo a series of text messages asking him to keep it a secret.

“Now I’m going to be with my mom and my sisters,” Vallecillo said, Ramírez told him.

But Ramírez never had the chance to reunite with his family. Later that day, the truck was found in San Antonio.

As they grieve, Vallecillo says Ramírez’s loved ones hope authorities will help bring his remains back to his hometown.

“We are asking the government to help us and send us her body so that we can bury her here,” she said, “to see her for the last time.”