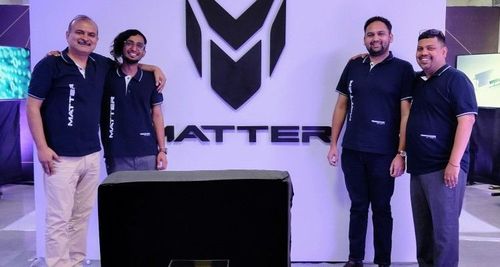 Ahmedabad-based electric mobility startup Matter will unveil its first electric motorcycle on November 21, 2022, the company has announced. The brand new offering from the automaker will be the first liquid-cooled electric two-wheeler to go on sale in India. The electric motorcycle will be equipped with the brand’s Matter Drive 1.0 electric battery and motor with technology developed by the manufacturer. The specifications remain secret for the next electric motorcycle, however.

Matter’s next electric motorcycle has been developed in-house with the brand creating over 100 IPs as well as over 35 patent applications, over 15 industrial design applications and over 60 trademarks. The company is developing new powertrain, controls, electronics and vehicle engineering at its new facilities. Matter recently opened its new design and software center in Pune, Maharashtra, while its R&D center is located in Ahmedabad, Gujarat.

Matter’s new electric motorcycle will debut later this month while the launch is expected to take place in early 2023, possibly at the Auto Expo in January. More details will be announced at the unveiling. Matter will manufacture the liquid-cooled electric motorcycle at its new plant in Ahmedabad. The production plant will have a capacity of 60,000 units per year and will also produce the battery.

Motorcyclist injured in crash with lorry on Northland in Morley