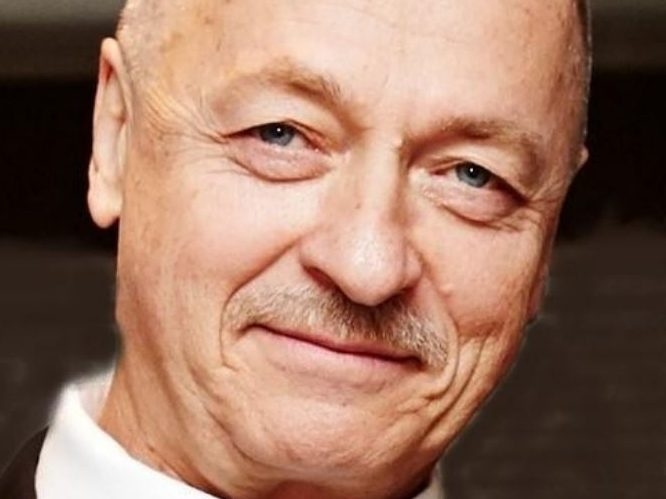 It was a beautiful day to go out on his motorbike.

Wolfgang Srenk was a 70-year-old grandfather, but also a “mischievous and adventurous spirit who loved to ride a motorcycle“. So, on this sunny July 17, 2020, the entrepreneur was doing what he loved, cycling southbound on Kennedy Rd. To Bloomington Road. E. in the town of Whitchurch-Stouffville.

At the same time, Azzam Al-Derzi, 48, was driving a dump truck for his employer, Rafat General Contractor Ltd., and heading west on Bloomington.

As Al-Derzi approached Kennedy Road. at the intersection, the traffic light had been yellow for five seconds, then red for another 13.6 seconds. But he didn’t seem to notice it.

He was talking on the phone.

Traveling on the green light at around 70-80 km / h, Srenk couldn’t do much when the dump truck suddenly appeared in front of him. He applied the brake, causing his motorcycle to skid, but there is no match between a dump truck and a motorcycle where the motorcycle can win.

Srenk’s motorcycle slammed into the side of the truck. According to the Agreed Statement of Facts read to the Ontario Court of Justice, “there is no evidence of braking activity on the part of Mr. Al-Derzi.”

Srenk died instantly from multiple blunt trauma. Al-Derzi remained at the scene of the terrible accident and cooperated with the police.

According to his obituary, Srenk immigrated from Germany at a young age and was an ambitious and hardworking entrepreneur. He had raised his “son and best friend” William on his own, sharing a love for wrestling, batting cages and collecting baseball cards, then they worked together in business for over 20 years.

We apologize, but this video failed to load.

When Srenk met his wife Melanie, he treated his two children as his own, according to the advice, and was “committed to his family.”

The life of one honorable man, who touched so many people, ended with a moment of inattention from another.

On Monday, Al-Derzi, dressed in an orange construction suit, admitted the facts and pleaded guilty to dangerous driving causing death.

Crown Attorney Sean Doyle told the court that Al-Derzi admitted he made three phone calls between 3 p.m. and 3:05 p.m. when he called 911.

Production recordings from his cell phone showed he received a call from a friend at 3 p.m. that lasted 2.5 minutes, then called a coworker and spoke for just under two minutes.

The truck driver made another call at 3:04 p.m. to an unknown number which lasted 24 seconds.

The red light camera at Kennedy Rd. And Bloomington Road. E. showed he entered the intersection against the light at 3:03 p.m.

Police believe Al-Derzi was using a hands-free Bluetooth device at the time. But obviously, he was too absorbed in his conversations to notice that the light was red.

And this inattention is deadly. Statistics from the Ontario government show that a driver using a phone – even a hands-free one – is up to four times more likely to have a crash than a driver concentrating on the road. Transport Canada says distracted driving contributes 21% of fatal crashes each year, up from 16% a decade ago.

This danger is compounded when the distracted driver is behind the wheel of a heavy vehicle carrying thousands of kilograms.

Al-Derzi will not be a threat on our roads for a while – in a dump truck or whatever.

After finding him guilty, Judge David Rose told him he was immediately banned from driving – the length of that ban to be determined following a sentencing hearing in March.

From our newsroom to your inbox at noon, the latest Toronto Sun headlines, articles, opinions and photos.

A welcome email is on its way. If you don’t see it, please check your spam folder.

The next issue of Your Midday Sun will soon be in your inbox.

We encountered a problem while registering. Try Again