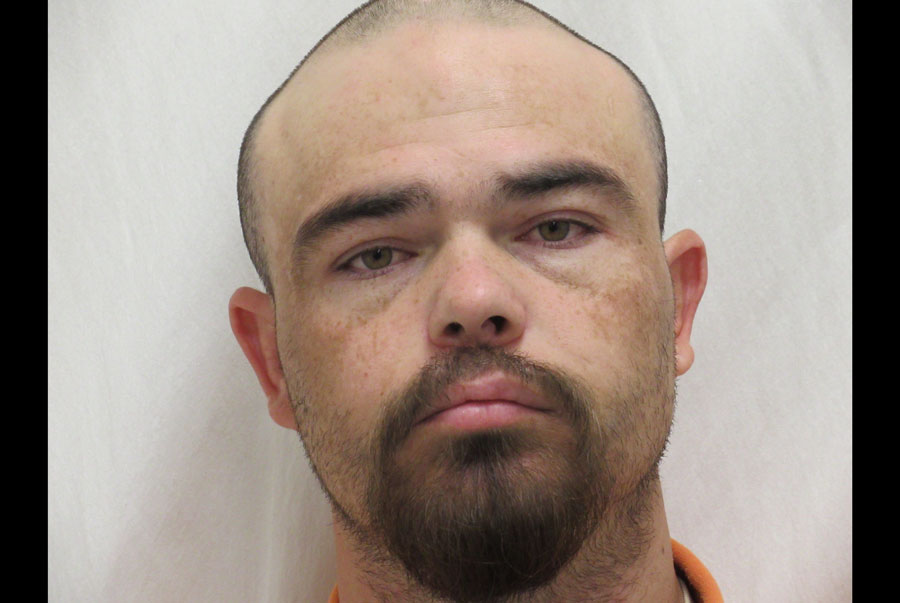 POCATELLO — A Chubbuck man faces multiple charges after police say he stole multiple cars and attempted to use credit cards he found inside the stolen cars.

Christian Lee McBee, 25, was charged with 12 felonies, including four counts of grand larceny and one count of burglary, court records show.

Pocatello police received a call around 10 a.m. Sept. 22 reporting a stolen vehicle in the Mink Creek area, according to a probable cause affidavit. The vehicle owner told officers his wallet and cell phone were inside the 2022 Subaru Outback when he was picked up.

The owner provided officers with GPS pings for the Subaru and the cell phone, both of which turned out to be near Idaho Highway 30 and North Philbin Road.

Officers attended the location indicated by the owner and found the Outback parked near a berm away from the roadway.

They noted that the vehicle was “undamaged” and led the owner to investigate further. During this search, the owner discovered that the phone and the wallet had disappeared.

While driving through the area, officers discovered that a man seen driving the stolen Subaru had attempted to use a credit card belonging to the owner of the car at two gas stations.

Officers reviewed surveillance footage from one of the gas stations and confirmed the vehicle used was the one stolen, but could not identify the man driving it.

It took five days to receive surveillance from the other gas station. When the second station manager contacted police to let them know she had received the video, she told officers she believed the man involved was McBee, who she said had been arrested the day before.

Officers compared footage of the man to a reservation photo of McBee and determined he was the man in the video driving a stolen vehicle and using a stolen bank card.

McBee was arrested in connection with a vehicle theft that occurred four days before the Subaru was reported stolen.

Officers were notified that a 1996 Jeep Cherokee was stolen from the Idaho State University campus around 2 p.m. Shortly after, a patrol officer saw a Jeep matching the description provided and attempted a traffic stop near the intersection of Arthur Avenue and West Center Street. .

The Jeep sped off and, according to the affidavit, officers did not pursue it due to the high speed at which it was traveling through a busy area.

As they continued to search for the Jeep, officers saw a Jeep similar to the one that had been stolen around 3 p.m. in the same area. This time, officers noted in reports that the driver’s side of the Jeep appeared to be freshly spray painted.

Officers again attempted a traffic stop, and once again the Jeep drove off at speeds deemed too dangerous to pursue.

Shortly after, one of the officers involved in the chase was reported by a resident who told him he had seen a Jeep driving recklessly in the Belmont Street area.

Officers drove to Belmont Street and found the Jeep parked on the 800 block.

When they approached the Jeep, officers found a woman they later identified as 33-year-old Stevie Varela in the driver’s seat. According to the affidavit, Varela appeared to be drunk.

Officers asked him to take a field sobriety test. When she refused, they demanded that she get out of the car to arrest him.

As she got out of the Jeep, Varela reportedly said “sorry” several times before asking officers to retrieve her wallet for her.

Officers found a wallet inside the Jeep containing three different driver’s licenses, none of which belonged to Varela. The wallet also contained bank cards, social security cards and a small bag containing what officers believed to be methamphetamine.

While preparing Varela for transport to the Bannock County Jail, officers were again flagged down by a resident who informed them that a man was driving the Jeep. The resident said the man got out of the Jeep just before officers arrived and was walking south on 5th Avenue.

An officer on a motorcycle found a man matching a description provided by the witness walking on 5th Avenue South and approached the man. When the man saw the officer, he reportedly jumped a fence in a yard and ran.

He was able to escape but was identified as McBee by the motorcycle officer.

McBee had been cited by Chubbuck police on September 1 for minor theft and arrested for resisting and obstructing. He spent 12 days in the Bannock County Jail and was released after paying $157.50 in costs and fines.

He was later found and arrested on September 26 for his connection to the Jeep theft and the police pursuit.

Varela was charged with a felony for possession of a controlled substance and misdemeanors for driving under the influence and attempting to flee from an officer.

Although McBee and Varela were charged with these crimes, that does not necessarily mean that they committed them. Everyone is presumed innocent until proven guilty.

If convicted, McBee could face up to 104 years and six months in prison and Varela up to nine years.

Is Florida the most dangerous state to ride a motorcycle in?