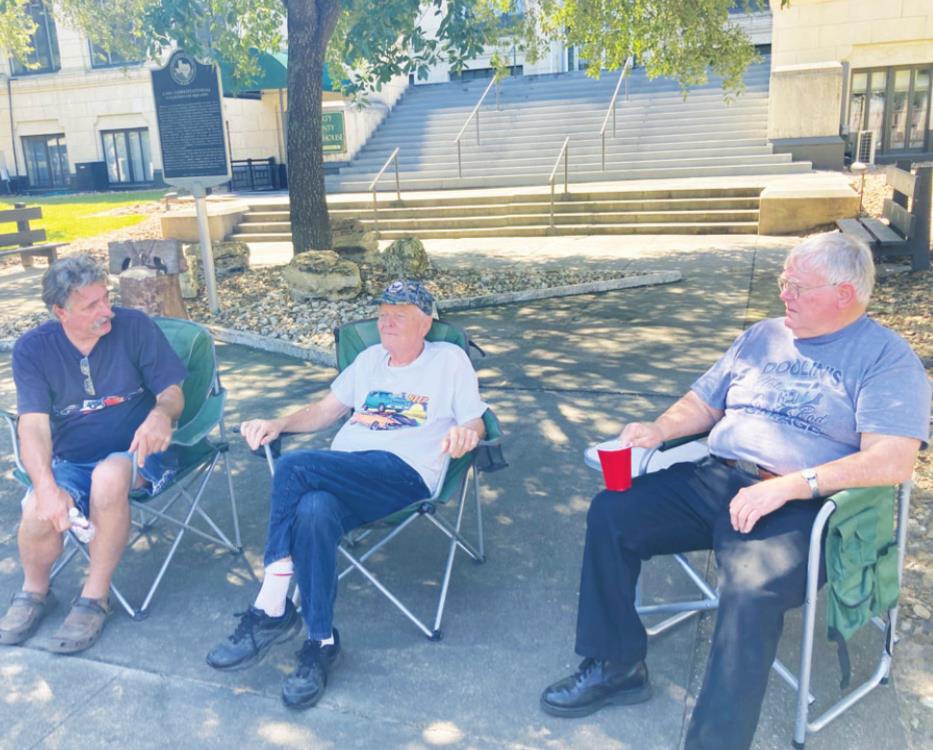 For more than six years, co-founders Danny and Margaret Lollar, owners of On Time Antiques, hosted a monthly auto show on Saturday 2nd at Courthouse Square in downtown Liberty. According to Danny, inspired by years of organizing a large annual auto show in Houston to benefit veterans, the Lollars wanted to bring their love of the hobby and people’s passion for old cars to their new home in Liberty. . Starting in a pouring rain storm in May 2015 with just two cars, Danny’s 1967 Chevrolet El Camino and David Waller’s 1965 Mustang, the show has never been canceled for rain, sleet, snow. , Texas heat, hurricanes or Covid.

Although this is more of a “reunion” than a formal club event, participation is growing and constant. For example, according to Lollar, over 100 cars drove around the courthouse one summer 2-3 years ago. Typically 30-60 cars are on display each month with hundreds of guests and visitors feasting on stories, love stories, rebuilt cars and memories rekindled by glancing at the unforgettable magical moments. reminiscent of parents ‘and grandparents’ cars, our own first cars, first dates, first kisses, and more.

Lollar emphasizes that any type of car, truck or motorcycle is welcome, regardless of its condition or state of restoration. No entry or registration fee is required. Donuts, coffee and bottled water are provided by the hosts of On Time Antiques. A garden chair and enthusiasm are the only recommended accessories.

Cars on display ranged from a very limited production Ford GT Supercar, starting at $ 500,000 according to Car and Driver magazine, to the beloved Plymouth Fury of a young Dayton girl in the mid-1960s, a project starting with his father and his own first car. Lollar also says that every month, informal exchange meetings are encouraged, with people bringing in automotive-related items, spare parts to souvenirs, to sell or trade blankets or card tables on the lawn or sidewalks. . One month, he said, a man sold over $ 600 in selected parts for old cars.

Last September Ed Doolin, a retired speech therapist from Hardin and a regular participant in the monthly street rally, brought his 1950 Chevrolet Bel Air 2-door sedan, a RestoMod (a restored and modified vehicle). Ed’s Bel Air is powered by an approximately 13 year old GM 350 V-8 crate engine with automatic transmission. Doolin also said other modifications include a front suspension with tubular A-arms, rack-and-pinion steering from a Ford Thunderbird, air conditioning, disc brakes, “French” halogen headlights and LED taillights. . The paint job sparkles in the sun with a translucent three-dimensional. It’s a unique formulation based on a 1990s Ford Mist Green color with added pearl pigment derived from the crushed shell, according to Doolin.