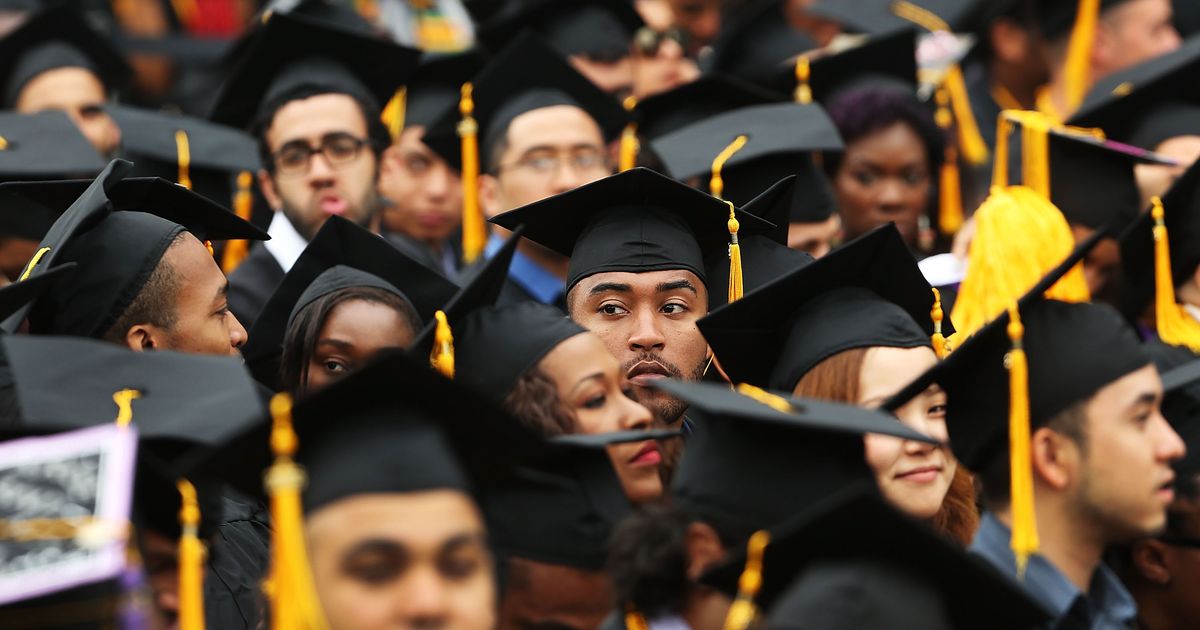 At the end of last year, Republicans in Congress passed a $ 1.5 trillion tax cut, allowing the rich and corporate to claim the lion’s share. The GOP did not justify this policy on the grounds that all corporate shareholders and trust fund hipsters deserved increase their wealth. On the contrary, the party argued that no matter how it was thought to make the rich richer, the tax cuts would ultimately benefit all Americans by increasing economic growth and reducing unemployment.

But what if we could have achieved these goals, at roughly the same cost, by forgoing tax cuts – and instead wiping out every penny of student debt in the United States?

A new research paper from Bard College’s Levy Economics Institute suggests that this was, in fact, an option.

In the United States today, 44 million people collectively carry $ 1.4 trillion in student debt. This giant pile of financial obligations is not only a burden on individual borrowers, but on the entire economy of the country. The astronomical rise in college tuition fees – combined with stagnant entry-level salaries for college graduates – has depressed the purchasing power of a large and growing portion of the workforce. Many of these workers find it difficult to keep their heads above water; 11 percent aggregate student loan debt is now over 90 days past due or overdue. Others are unable to invest in a home, vehicle, or start a family (and engage in all the myriad acts of consumerism that come with it).

So if the government were to write off all the student debt it owns (which is over 90 percent of outstanding student debt) and buy out all the private holders of that debt, an increase in consumer demand – and therefore, jobs and economic growth – would ensue.

According to the Levy Institute article, written by economists Scott Fullwiler, Stephanie Kelton, Catherine Ruetschlin and Marshall Steinbaum, canceling all student debt would increase GDP by $ 86 billion to $ 108 billion per year over the next decade. . This would add between 1.2 and 1.5 million jobs to the economy and reduce the unemployment rate by 0.22 to 0.36%.

Thus, the macroeconomic benefit of canceling all student debt would be substantial. The main (supposed) drawbacks of such a policy would be a higher deficit, the potentially regressive distributive consequences of debt cancellation and (related) the unfairness of rewarding some well-off borrowers who do not “deserve” it. Of course, all of these criticisms would apply more forcefully to the recently passed tax reduction bill. Few would say that raising Harvey Weinstein’s after-tax income was a laudable public policy goal. But no one thinks that one should judge the merits of a tax cut based on whether it rewards or not. all unsavory individuals.

And in the case of student debt cancellation, concerns about injustice are largely driven by status quo bias. It is true that increasing the net worth of some upper-middle-class Harvard graduates by $ 200,000 – while giving nothing to working-class City College graduates who have already paid off their student loans – is not , in itself, a progressive proposition. But seen as a whole, the post-debt cancellation world is considerably more equal than the one we live in today.

While the richest 20 percent of earners have the highest absolute student debt, low-income minority borrowers have the highest delinquency rates. This disparity is rooted in structural disadvantages based on race, including, according to research by Marshall Steinbaum, “Segregation within higher education, which relegates minority students to the poorest institutions, discrimination in the credit and labor markets, and the underlying racial wealth gap which means that Black and Hispanic students have a much smaller cushion of family wealth to fall back on, both to fund higher education in the first place and also when struggling to repay debt. “

One implication of this, as political analyst Matt Bruenig has demonstrated, is that student debt dramatically increases the racial wealth gap among young Americans.

More broadly, the explosion of student debt in America has been orchestrated by deliberate government policies, justified by premises that have proven to be false. Specifically, the government encouraged young Americans to view even high student debt as a safe investment in their own future, on the grounds that the economy suffered from a “skills gap” – there was an abundance of high-paid white collar workers. jobs to be created or filled, if only the supply of highly skilled workers increased to meet the demand. It turned out to be fiction – one that victimized a generation of working class students. As Steinbaum writes:

The reason for [the] great expansion of the population of [student loan] borrowers is the deterioration of the labor market. Scarce jobs are being given to the most accredited applicants, triggering a mad race for certification, and this failed race is worse for minorities. That young cohorts are better educated than their predecessors should lead to higher lifetime earnings, if the mythology of “skills shortage” that drove the expansion of federal student loan programs were true. Instead, increasingly expensive credentials translate into jobs that pay the same or less, leading to escalating debt.

Student debtors have in very many cases been persuaded into making bad financial decisions by their own government – which, as the owner of their debts, now profits from these mistakes. By wiping out the slate, Uncle Sam would not only improve macroeconomics, but also increase its fairness and reduce racial inequalities.

And once that is done, the government can turn its attention to ensuring that no prospective student is ever burdened with such massive debt again. For public education to function as a vehicle for socio-economic mobility – in a world where tuition fees continue to rise and stagnant salaries for university graduates – we will need a new model for funding education. ‘Higher Education. A simple and remarkably affordable option would be to make public universities free.

Doing all of this would likely require some significant tax increases. Fortunately, there are now a large number of business owners and shareholders of mid-size companies who could greatly use one.

How a Small Business Became the “Debt Collection Wal-Mart”