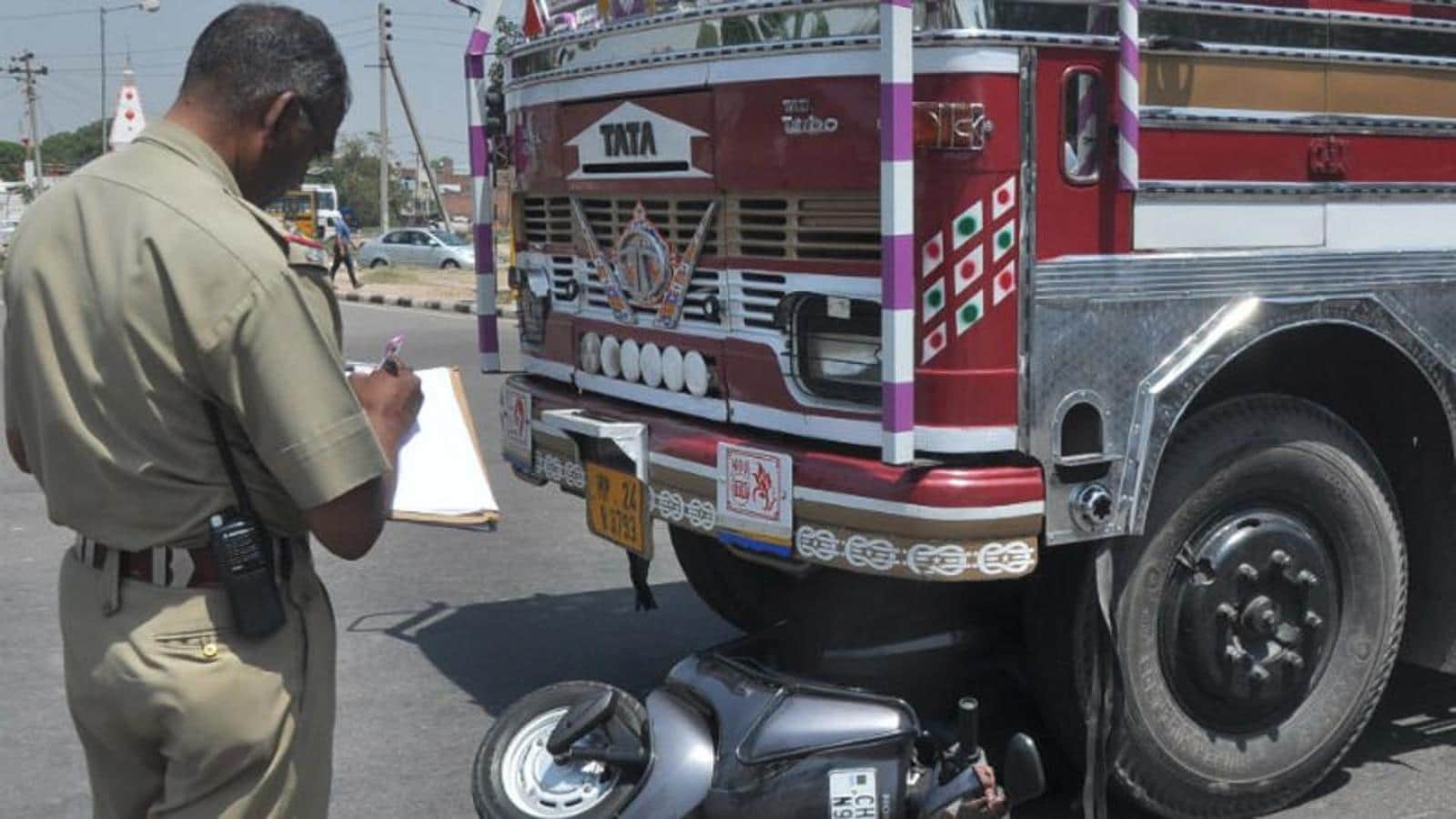 A 37-year-old man, who was driving to the hospital where he worked, on a motorcycle, was hit by a truck on Saturday morning in Okhla, in south-eastern Delhi, police said.

A 37-year-old man, who was driving to the hospital where he worked, on a motorcycle, was hit by a truck on Saturday morning in Okhla, in south-eastern Delhi, police said.

The deceased was identified as Jijo P Paul, a nursing assistant who worked at QRG Hospital in Sector 16 of Faridabad. Police arrested the truck driver, Purshottam Kishore, a resident of Khanpur near Okhla.

Police said at 7:13 a.m. on Saturday that the police control room received a call from a passer-by who informed them that a motorcyclist had been hit by a truck near the Crowne Plaza hotel in Okhla Phase I.

A police team arrived at the scene and transported Paul in a CATS ambulance to Safdarjung hospital, where medics declared him dead.

â€œPaul was going to the hospital from his home in the village of Palam. The accident happened as he was on his way to Mehrauli Badarpur Road to go to Faridabad. The driver of the truck was traveling at high speed and could not control his vehicle and allegedly ran over Paul. The residents grabbed the driver of the truck and handed him over to the police, â€said an investigator.

Police said Pail is survived by his wife, who works as a nurse at a private hospital in Dwarka, and a five-year-old daughter. The couple are from Kerala, police said.

Thank you for subscribing to our Daily News Capsule newsletter.