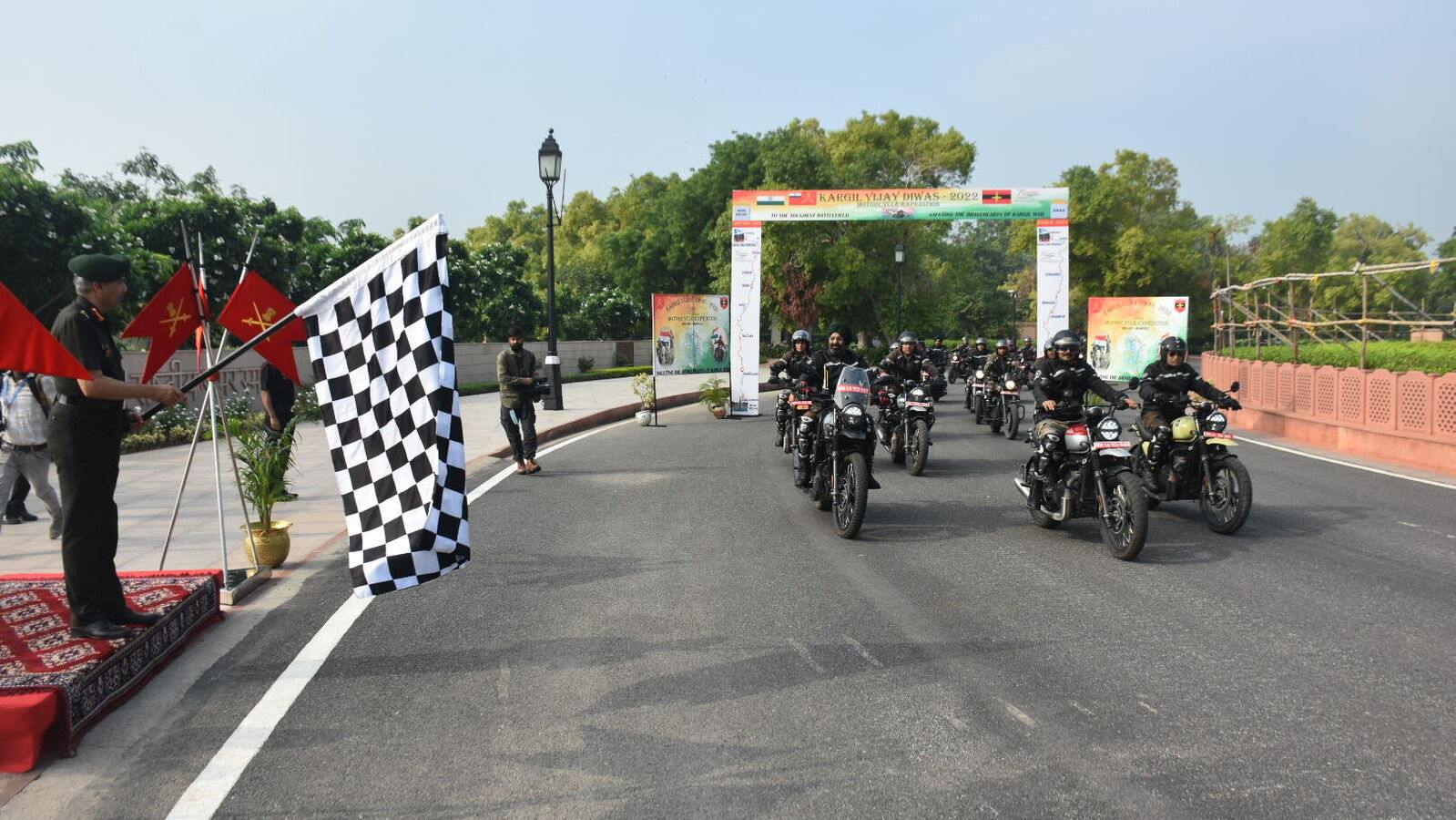 The 30 Indian Army men undertaking the expedition have been divided into two teams in order to cover as many areas as possible during the trip.

During the six-day trip, the team of 30 bikers will strive to replicate the invincible spirit of Kargil’s war heroes by rekindling their spirit of courage and adventure, the defense ministry said. Before culminating at the Kargil War Memorial in Dras, the expedition will pass through Haryana, Punjab, Jammu and Kashmir and Ladakh.

The bikers were divided into two teams in order to cover as many areas as possible during the expedition. The two teams will move along two different axes – the Zojila Pass axis and the Rohtang Pass axis, covering a distance of 1,400 kilometers and 1,700 kilometers, respectively. In order to cover remote localities during the journey, the motorcycle teams will cross high mountain passes and difficult tracks.

Through the bike rally, the Ministry of Defense aims to spread the message of patriotism as well as highlight the courage and determination shown by the country’s brave soldiers.

In a separate development, Indian Made Infantry Fighting Vehicles or Protected Mobility Vehicles (IPMV) have now been deployed in forward areas of Ladakh for use by the Indian Army. These combat vehicles are used to enhance the movement and combat capabilities of troops deployed in mountainous terrain.

These combat vehicles were specially developed for difficult areas such as Ladakh where the movement of ordinary cars and trucks is limited due to difficult terrain.