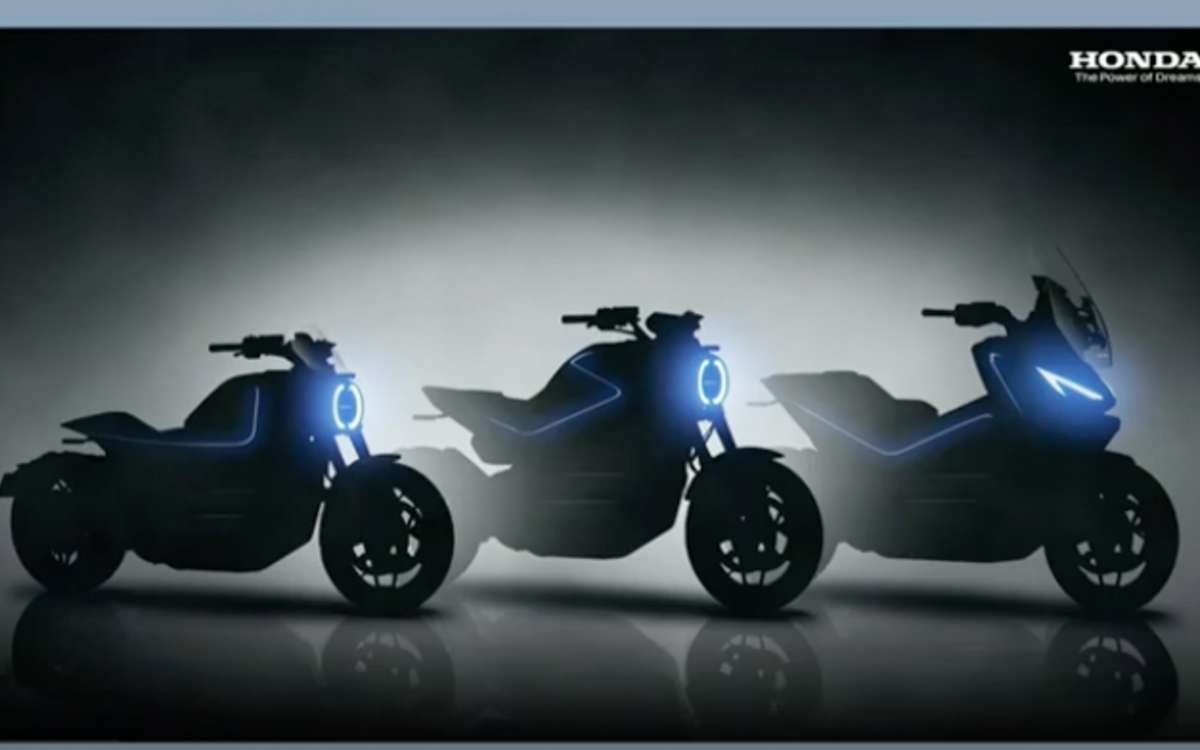 In a business briefing on its motorcycle business, Honda revealed that it will launch at least 10 new electric motorcycle models by 2025. The model offerings will be targeted at specific markets with a slide showing Chian, Asia, Europe and Japan receiving five offers in the electric mopeds and electric bicycles categories between 2022 and 2024.

Meanwhile, between 2024 and 2025, two more commuter electric vehicles for personal use will be introduced in Asia, Europe and Japan. In the category of electric motorcycles, Honda defines the electric bicycle as a two-wheeled vehicle with a maximum speed of 25 km/h, while electric mopeds are limited to 50 km/h and electric vehicles operate above the 50 km/h limit.

Of the 10 EV models, the majority can be considered floor scooters, but that doesn’t mean Honda won’t cater to other types of riders. In a new category, Honda will produce a Fun EV for the Japanese, US and European markets, expected between 2024 and 2025.

From the illustration in the slide, this will take the form of a kids motocross style bike, a naked sport bike, a cruiser bike as well as an adventure tourer. Honda is not new to the electric vehicle business and currently has three electric motorcycle models sold in China, as well as for commercial use in Vietnam, Thailand and Japan.

Apart from these, Honda has also been selling the Belly:e for the Thai domestic market since last September. For the models detailed in the presentation, Honda says it will produce the battery, power control unit and motor, while working to design interchangeable batteries for the affected models under an interchange standard. of a consortium of which it is a member.

Honda RoadSync, its connectivity platform for these electric motorcycles, is also in development. The app is capable of displaying distance traveled, charging stations and assistance services, as well as offering interconnection with other Honda vehicles on the road.

As for the prices of these new electric vehicles, Honda declined to provide pricing information. However, it has been revealed that the pricing will be different from its current internal combustion engine offerings, but will still be in the affordable category.

From craft bikes to race cars, KTM now goes all out with X-Bow GT-XR

Fatal collision between a truck and a motorcycle in Imperial County