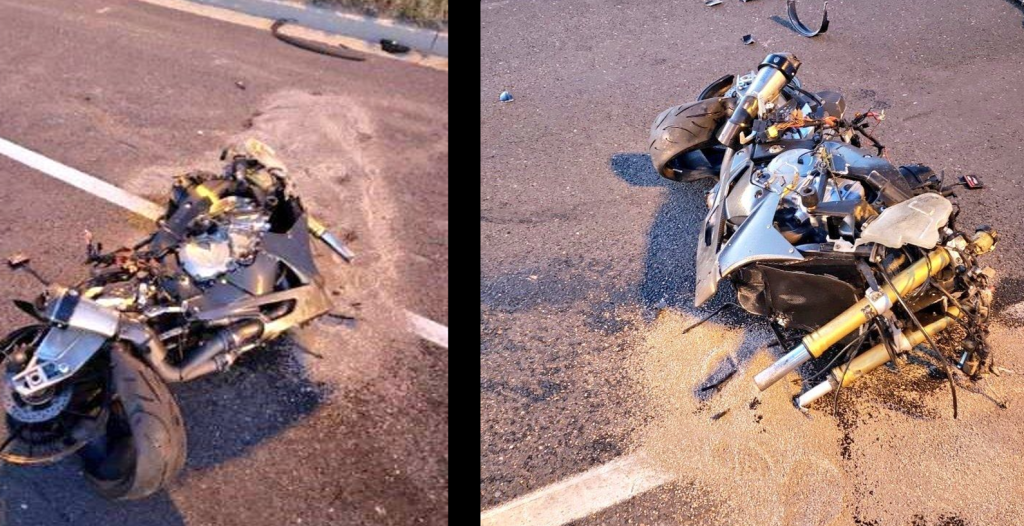 A motorcyclist was seriously injured last night (August 27) when the bike he was riding crashed into the back of a car on the motorway. 401 in Mississauga.

The OPP said the accident closed the entire freeway. 401 eastbound express lanes between freeway. 403 and Dixie Road. and sent the 42-year-old motorcyclist to hospital with serious injuries. Police did not say whether the rider was male or female.

Police first reported the lane closures shortly after 6 p.m., indicating there had been a collision.

A motorcyclist from Keswick, a small community near Barrie, reportedly collided with the back of a car in the left lane.

Police say the motorcyclist was seriously injured and was taken to Sunnybrook Hospital by paramedics.

Drivers stood still for hours after police shut down part of the highway. 401 eastbound expressway following the collision.

The two occupants of the vehicle involved in the collision were not physically injured.

The motorcycle is badly damaged and mutilated, barely recognizable except for a single rear tire still attached.

The cause of the collision is not yet confirmed, but several witnesses report seeing the motorcyclist separate and weave through traffic before the accident.

Highway. 401 was down during the shutdown. Videos shared by motorists on the highway show cars standing still, people wandering the road and cars even trying to back up along the shoulder.

The Ontario Provincial Police has not reported the reopening of all highways. 401 eastbound express lanes until 10:30 p.m., although traffic is likely to have resumed before then.

Subscribe now to receive our daily email of today’s top stories in your city!