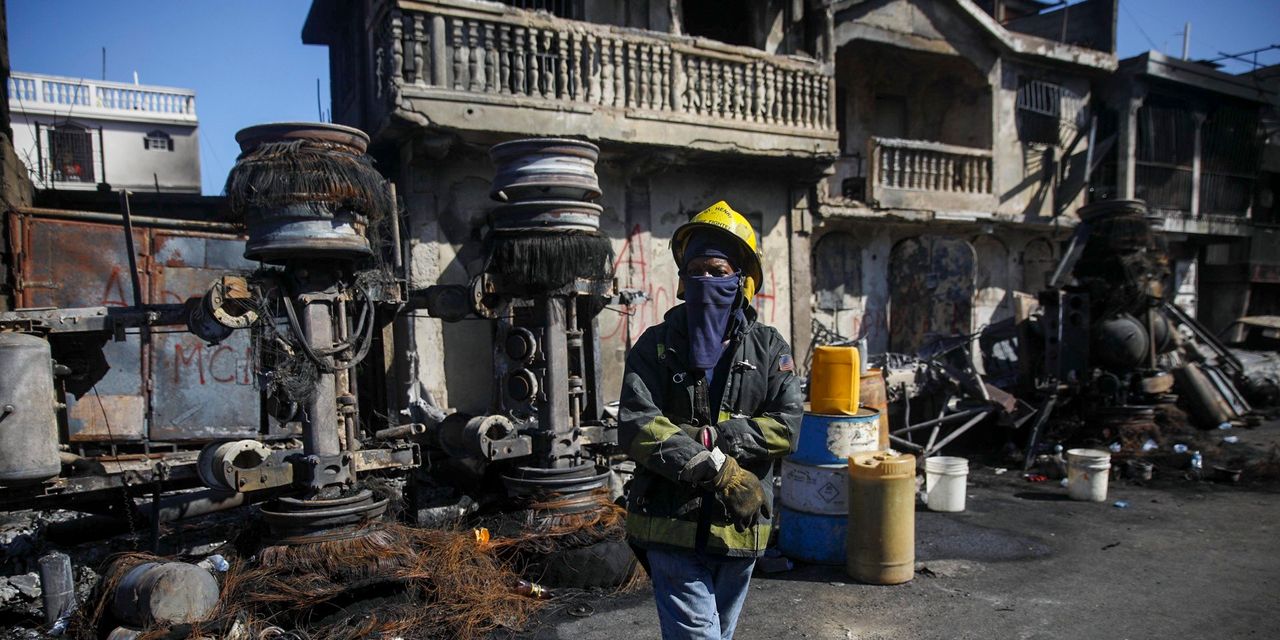 The disaster occurred when the tanker swerved to avoid a passing motorcycle, struck a utility pole and overturned around midnight Monday, spilling gasoline, local officials said. Residents, who suffer from fuel shortages in the country, gathered around the truck to collect gasoline in buckets when the truck exploded, engulfing many members of the crowd in a fireball.

“Local residents flocked to loot the gasoline truck when the explosion occurred,” said Patrick Almonor, the deputy mayor of Cap-Haitien, in an interview. â€œThe driver was able to escape unscathed.

Mr Almonor said the death toll stood at 62, with 48 people seriously injured receiving help at local hospitals. He said the death toll was likely to rise since the blast burned down around 20 nearby homes, likely with victims trapped inside who had yet to be counted.

“People were charred, carried away by the flames and the stampede to get gasoline,” said Pierreli Catius, the coordinator of a local political party. “It’s a huge tragedy.”

The fires continued to burn around noon on Tuesday, said Mackenz Dorvilus, a local reporter. “Five people from the same family died charred, burned alive,” he said in an interview at the scene.

“I am appalled by the tragedy affecting our city,” said Yvrose Pierre, mayor of Cap-Haitien, on the city’s Twitter account.

Prime Minister Ariel Henry said field hospitals would be set up to treat the injured and declared three days of national mourning for the victims. Mr. Henry, accompanied by senior government officials, doctors and rescuers, arrived in Cap-Haitien on Tuesday. He visited the disaster area and visited a hospital where the injured are being treated.

“It is with a broken heart that I see the critical condition of some of our compatriots,” he wrote on his Twitter account.

The injured were crammed into the courtyards of the city’s main hospitals for lack of space, and facilities needed supplies, Haitian newspaper Le Nouvelliste said.

The explosion is the latest in a series of setbacks to hit Haiti, following the July assassination of President Jovenel MoÃ¯se and a devastating 7.2 magnitude earthquake in August that killed at least 2,000 people and destroyed thousands of houses in the southern peninsula of the country.

In the wake of the assassination, which further undermined an already exhausted Haitian state, powerful gangs increased their grip on the country, kidnapping hundreds for ransom.

A group of 17 missionaries, including women and children, all but one American, were taken prisoner by a gang in October. Five of the missionaries have since been released, but the rest are still in detention.

Haitians have also suffered crippling gasoline shortages. Earlier this year, the country’s main fuel terminal was blocked by gangs who tried to extort money from the government and force Mr. Henry to resign.

As a result, the price of gasoline shot up to $ 25 a gallon on the street, and hospitals closed. The price of gasoline has returned to its subsidized price of about $ 2 a gallon, but on Friday the government announced a 25% increase, to about $ 2.50 a gallon. Most Haitians earn between $ 2 and $ 4 a day.

â€”Patrick Saint-PrÃ© in Port-au-Prince and Ingrid Arnesen in Atlanta contributed to this article.