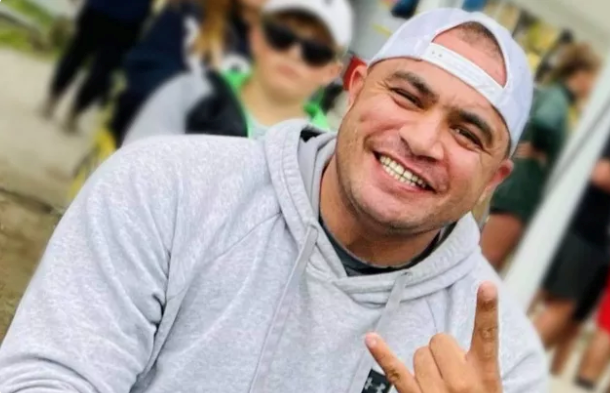 Donovin Akerley, 35, has been identified on social media as the biker who died at the scene after apparently colliding with a left-turning van, according to Kamloops Mounties

Two GoFundMe online pages were set up to raise funds for the son of a man who died in a motorcycle accident in Valleyview on September 26 and for the man’s funeral expenses.

The collision occurred between a motorcycle and a pickup truck at the intersection of Highway 1 and Highland Road.

Donovin Akerley, 35, has been identified on social media as the biker who died at the scene after apparently colliding with a left-turning pickup truck, according to Kamloops Mounties.

British Columbia’s independent watchdog, the Independent Investigations Office of BC, is investigating whether police action or inaction played a role in Akerley’s death as he allegedly passed a vehicle heading east on the freeway shortly before the collision.

“Darrian’s mother is his rock and will now be the sole provider and will need all the help she can get to save for Darrian’s future and help with any expenses or things that Donavin contributes.” , wrote fundraiser organizer Ashley Regan, Darrian’s aunt. on the fundraising page.

To contribute to the funeral costs, visit the page here.