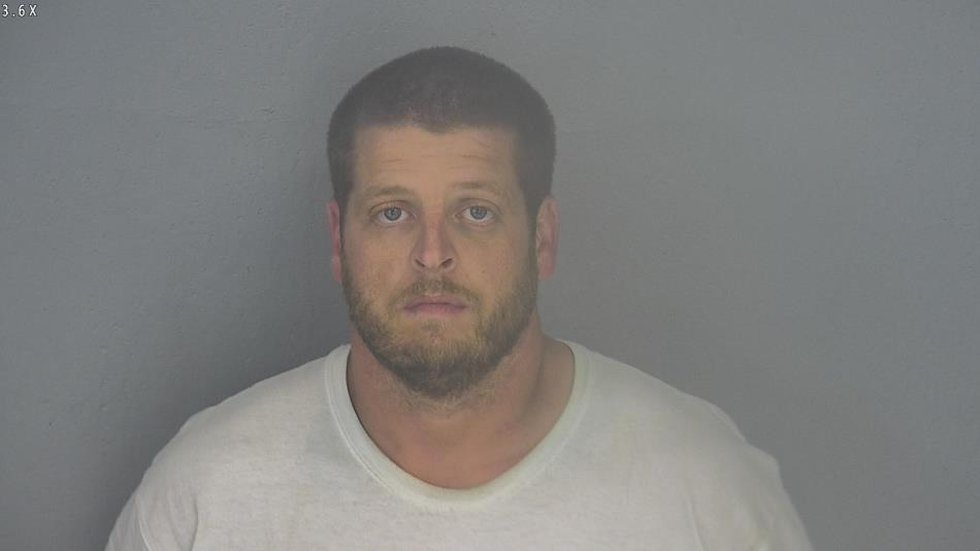 Greene County Sheriff’s Office investigators said in 2016 that Fuqua committed similar property crimes in Springfield, Greene County and other parts of southwestern Missouri. Fuqua later went to jail on those charges and was released in 2021. Deputy Paige Rippee says he picked up where he left off when he got out.

On May 5, a man reported his 2007 Chevy Silverado tan stolen from the parking lot of his employer, Legacy, Inc., a trucking company in Springfield. Legacy, Inc owner Scott Girth said his driver returned from a week on the road to have his truck go missing.

“It’s very frustrating because I feel a responsibility to secure my employees’ vehicles,” says Girth. “I installed security cameras and additional lighting, gates and fences, and it leaves you wondering what more you can do to increase security.”

Investigators say the victim left the truck unlocked with his keys in the glove compartment while on a highway route. Girth says his employee was running behind and accidentally left his keys in the truck.

“I’ve sent messages to all my employees that when they park their cars here to make sure they’re locked, the keys are out and they’re parked in the lighted areas of the parking lot,” Girth says. .

Investigators say the following day, May 6, another victim called to report the theft of his 2020 Icebear scooter from the parking lot of his employer, SMC, in Springfield. Surveillance video footage of the theft was obtained which showed a tanned, plain Chevy Silverado taxi driving into the parking lot. The driver gets out of the truck and out of the camera’s field of view and walks towards the scooter. Investigators say the truck appeared to match the Chevy that was stolen the day before.

Deputies say they identified the robbery suspect from surveillance footage as Fuqua.

On the same night of May 6, an officer responded to Incredible Pizza in Springfield to a report that a 2019 Honda Grom motorcycle had been stolen from the parking lot. Surveillance video footage shows the motorcycle was stolen by a white man driving a regular taxi cab Chevy Silverado. Investigators say the truck driver pulled alongside the motorcycle, put the motorcycle in the back of a small utility trailer pulled by the truck, and drove off the scene.

Investigators recognized the truck as the same truck that stole the scooter from SMC earlier in the day and identified the suspect who stole the motorcycle as Fuqua.

On May 13, investigators say a 1996 Ford F-150 owned by Missouri Equipment Leasing was stolen from the property of Scott’s Sunshine Automotive. Surveillance video footage of the theft was obtained and investigators identified Fuqua as the suspect who stole the truck by forcing entry through the passenger side vent window.

Later that same day, investigators say the stolen Ford was seen on surveillance footage pulling up in front of a residence. The driver, again identified as Fuqua, got out of the truck and stole a jack worth $500 from the front yard of the residence. In this footage, the truck was towing a white cargo trailer that investigators believe is presumed stolen but has not yet been identified.

This truck was involved in a pursuit with the Greene County Sheriffs Department later that night and was found abandoned on May 14.

On May 14, a 2003 Chevy Silverado was stolen outside Smoke Science’s parking lot. The truck had not been secured with the keys inside, and investigators identified Fuqua as the suspect who stole the truck from surveillance footage.

Court documents indicate that within an hour of this truck being stolen, it was used to steal a wallet and tools from a work truck belonging to Signature Signs in Springfield. About an hour later, a debit card stolen from that work truck was used to make a fraudulent purchase at Buckle’s clothing store. Fuqua was identified as the suspect who used the stolen card to make this purchase from the surveillance footage.

On May 18, a 2005 GMC Sierra was stolen from the parking lot of the Lowes Home Improvement store. Investigators identified Fuqua from surveillance footage as the suspect who stole the truck.

For two weeks, investigators say the truck has been involved in numerous trailer thefts and other vehicle thefts that are currently being investigated and will be addressed in a subsequent probable cause statement. According to investigators, Fuqua has been identified from surveillance footage in several of these incidents so far.

On May 31, officers assigned to the USMS task force observed Fuqua operating the stolen GMC and enlisted the assistance of Greene County deputies in an attempt to stop the truck. Fuqua fled in the truck before finally abandoning the truck and fleeing on foot, but was eventually apprehended by deputies, who investigators say will submit a separate case report documenting Fuqua’s actions during the This meeting.

At different agencies, Deputy Rippee says there may be more charges to come.

Deputy Rippee says Fuqua may have committed a property crime every day for the past month.

Fuqua is currently being held in the Greene County Jail without bond.

Fuqua is on hold in prison for violating his parole. Deputy Rippee says it’s frustrating when these repeat offenders continue to commit crimes after being released from prison.

To report a correction or typo, please email [email protected]