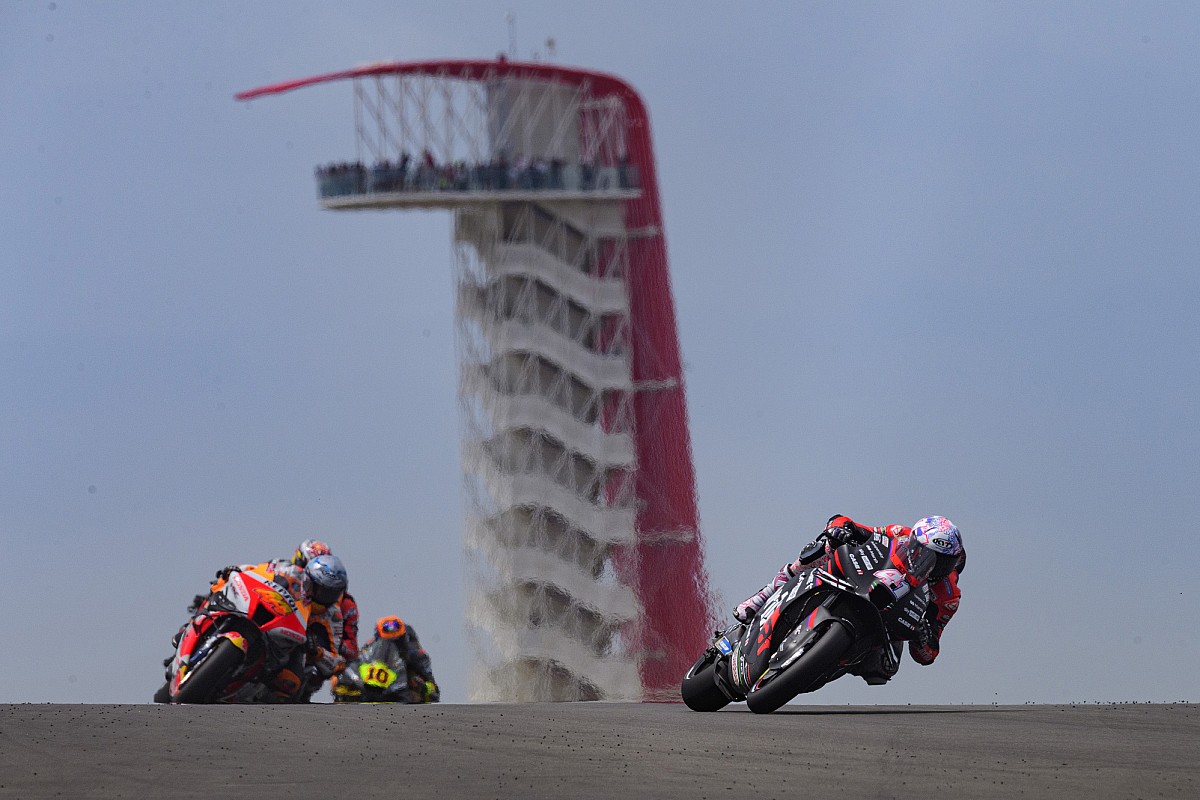 F1 is set for the biggest three-day weekend in its history this weekend in Austin, with around 440,000 fans expected to attend the United States Grand Prix.

F1 racing is supported by the Masters Historic and Masters Endurance Legends events, but the calendar was left with a void after The W series had to cancel its planned Austin tour due to funding issues.

Asked about the possibility of having other supporting series such as F2 or F3 on the F1 weekend in the future, COTA chairman and co-founder Bobby Epstein said it was “more to Formula 1” to decide.

But he has expressed an interest in shaking up the race weekend schedule by adding other disciplines such as motorcycle racing.

“We can fill it up anyway, two or three rounds of support would be nice,” Epstein said.

“I would love to see the bikes racing over the F1 weekend. I think that would be a lot of fun, and I think the fans would love that, so we’re exploring that.

One of the biggest hurdles to overcome for a multi-discipline race weekend would be ensuring that safety standards are in compliance for cars and motorcycles, given the different track homologation requirements.

Epstein felt there were “ways of looking at it”, but said the goal of any support category should be to ensure fans were entertained by the weekend package.

“That’s what it’s all about, let’s make sure we entertain the crowd,” he said.

“I don’t want to leave out the racing fan either. So you’re talking about the right question and making sure we have the content that satisfies that audience.

“I think there was some disappointment that the W series didn’t arrive, but the notice was so short that you couldn’t really replace it.

“But I think overall the fans still get what they pay for.”

COTA hosts the MotoGP Grand Prix of the Americas every year, but Epstein said his idea of ​​a motorcycle race supporting F1 didn’t have to be first-class.

“It doesn’t have to be MotoGP, it could be motorcycles, which would be good for MotoGP because it would give them a nice platform,” Epstein said.

“Just other kinds of races. In the past, if you go back, [F1 has] made big celebrity runs. This is something we have to consider.

“If Formula 3 comes or Formula 2 comes, that’s probably even better.”