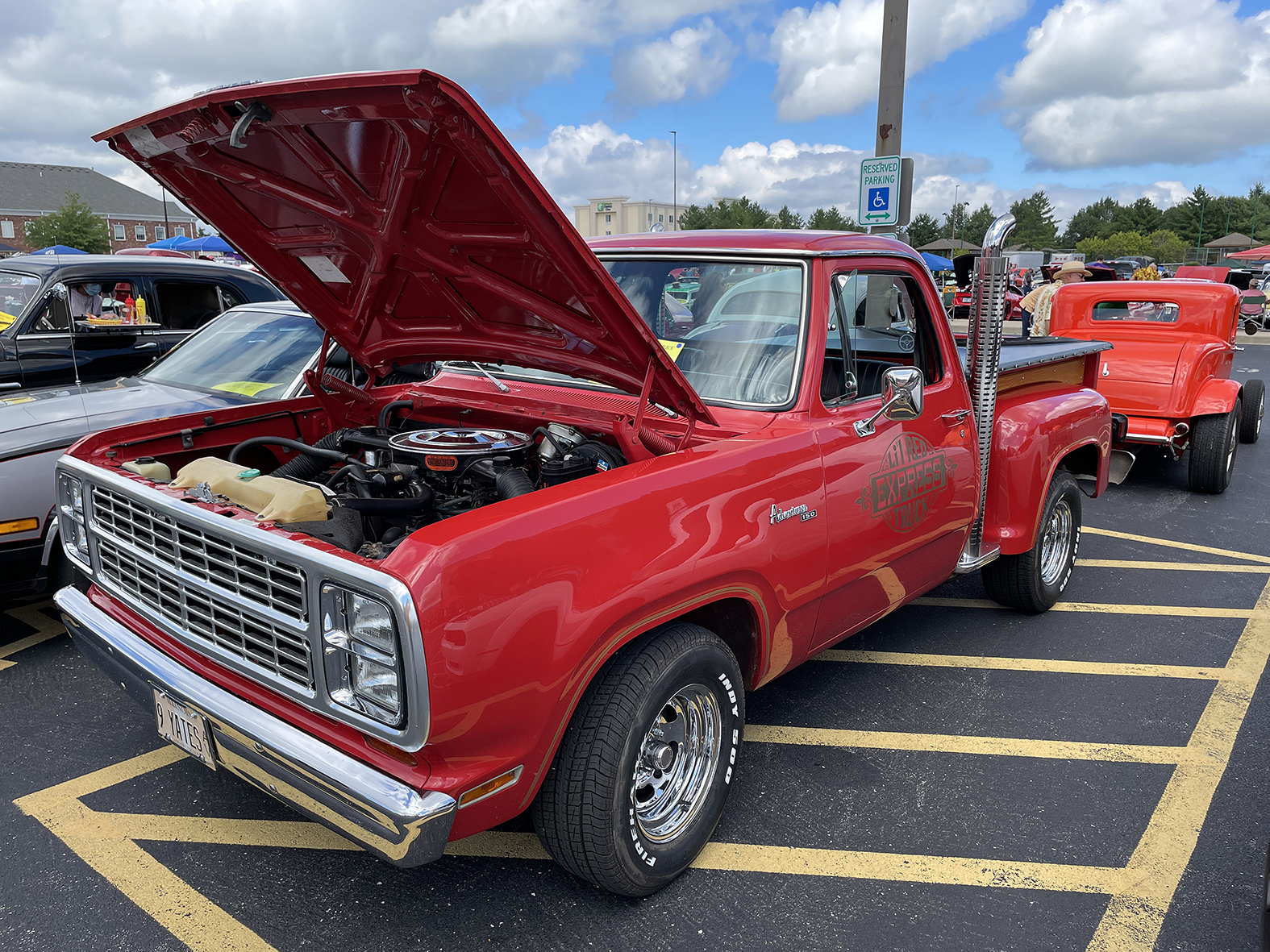 Tractors, classic bikes, motorcycles, jeeps, muscle and sports cars were just a few of the metals on display at the 30th annual DARE car show at Edwardsville High School on Sunday.

The weather was perfect with temperatures around 80 degrees, a healthy breeze and the sun playing hide and seek with lots of oversized cumulus clouds. After 12 p.m., a sound system set up on site began playing Motown and multi-decade era hits. Hot corn, cotton candy and other items were available for purchase, with proceeds going to the local DARE program. Activities included a 50/50 raffle, silent auction and children’s activities.

“That’s the biggest way we fund the program,” Edwardsville Police Officer Jarrod Sprinkle said. “We are able to teach up to 2,000 of our fifth and seventh graders in the DARE program.”

He said that over the years, the focus of the program has shifted from “Just Say No to Drugs” to better lifestyle choices.

This year’s motor show was bigger and better attended, both in terms of visitors and people who registered their vehicles, than in 2021.

One of the vehicles near the main entrance was not a car, but a 1979 Dodge Lil’ Red Express pickup truck. Owned by Sarah Yates of Glen Carbon, the truck caught the eye of first-timers.

The steps had places in front and behind the back arches and wheels for someone to step on to access the bed. Pickup trucks started life in the 1930s as step models before transitioning to fleet-side versions, beginning in the mid-1950s. Fleet-sides had smooth exterior bedsides and were the dominant body style from.

A few rows away was a 1957 Ford Thunderbird. Joe and Pam Newman of Edwardsville sat in chairs near the back of “Gunny,” as they call their car.

“We just bought it a few months ago from a friend in California,” Joe said. The friend was dying and wanted the Newmans to buy the car. The friend had owned Gunny for over 30 years. They bought Gunny and a 1966 Ford Mustang convertible, he said.

Finished in Gunmetal Grey, Gunny is just one of 600 made in this color in 1957. The car underwent a body-off restoration around 2002 and has a gray and black vinyl interior. The finishing touch was the A&W food tray attached to the driver’s side window; a touch reminiscent of the carhops employed by A&W and Steak ‘n Shake at the time.

A few rows away from the Newmans, Dwight Sutterfield of Troy sat next to his 1937 Hudson Terraplane Deluxe.

“It’s an all-original with no modifications,” Sutterfield said. He said he had owned the car for two years and had come across it; he wasn’t specifically looking for a Hudson. A friend told him that the car was in a barn on property that was soon to be liquidated. He bought the car before it was liquidated with the other assets.

He said it needed cleaning, some minor engine repairs and some additions like extra lights and reflectors plus lots of coats of wax. Hudson merged with Nash in 1954 to create the American Motors Company. The Hudson name was dropped in 1957.

Darren Ott from Staunton brought his 1960 Ford Starliner Coupe to the show. The car was white with a red interior and had a 352 CID V-8 engine, factory air conditioning, power steering and power brakes. Characterized by its thin roof pillars, fastback styling and slippery aerodynamics, the Starliner symbolized the Jet Age design of the 1960s.

There were over 40 vehicle classes and eight motorcycle classes, with prizes awarded for each class list. The first 350 vehicles entered received a Dash 2022 commemorative plaque.

All clubs registering vehicles had a chance to win the $100 club prize. As in the past, trophy plaques, dash plaques, t-shirts and souvenir booklets include the 30th anniversary commemorative design.

‘Ruthless’ will be featured in an automotive documentary