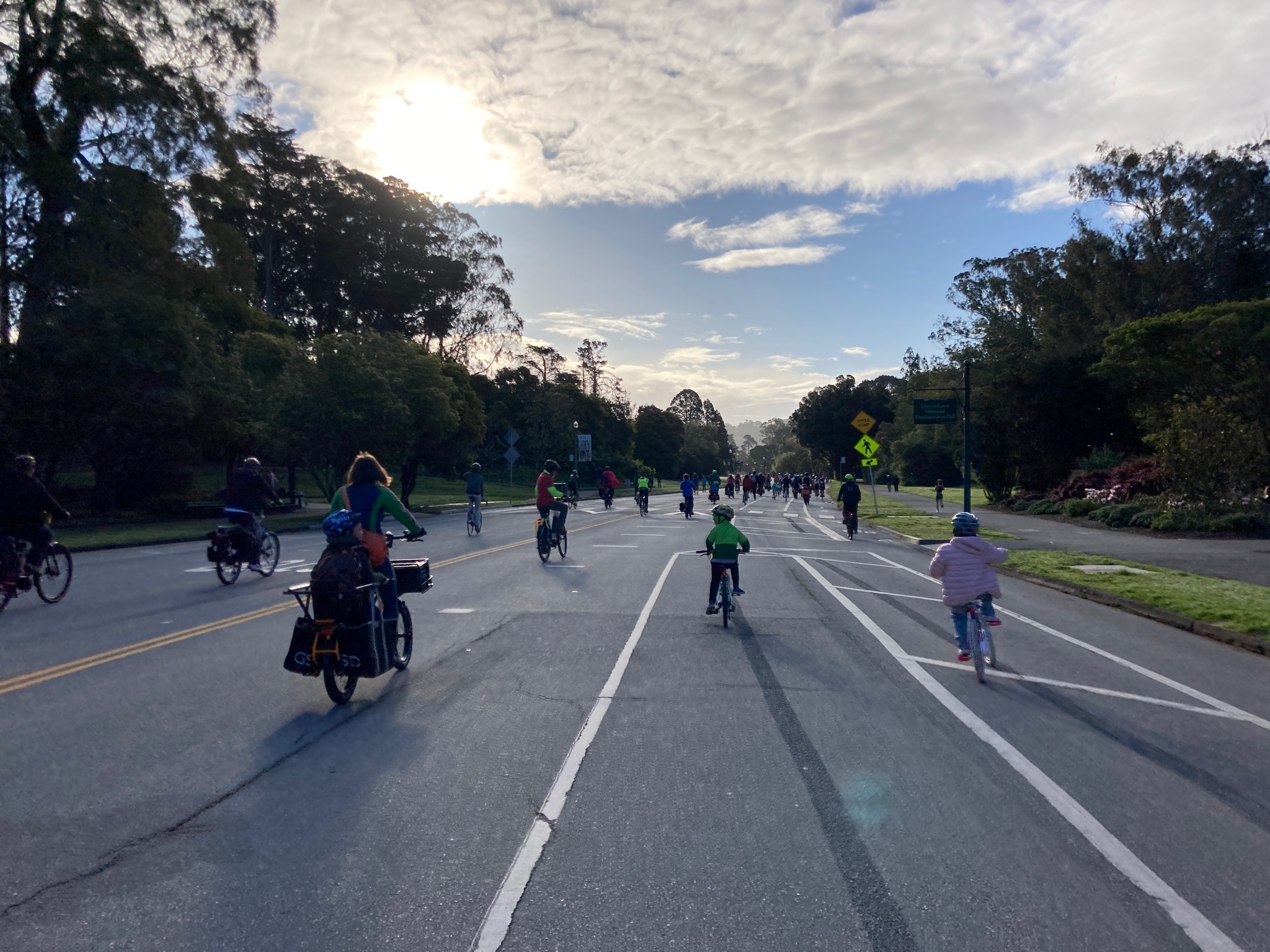 Cars could return to JFK Drive, campaign has enough signatures to

Golden Gate Park’s JFK Drive has been closed to cars since April 2020, and its car-free status has been a source of debate and rallying throughout the pandemic. That is, until last April, when the San Francisco Board of Supervisors voted to make JFK permanent carless, and the matter seemed settled.

Supporters of a campaign to reopen John F. Kennedy Drive and the Great Highway to car traffic say they have collected enough signatures to qualify their measure for the November ballot.https://t.co/E4exItBkUl

People, the question is not settled. Just six weeks later, a group of disability advocates teamed up with the deYoung Museum and began calling for a ballot measure to bring cars back to JFK Drive. And as the Chronicle reports, those groups submitted enough signatures on Monday to secure that measure in the Nov. 8 ballot.

Grassroots supporters hand in petition signatures for a ballot measure to reopen John F. Kennedy Drive and the Great Highway this Monday. https://t.co/uGvlUUt17j

KPIX reports that “grassroots supporters” introduced the ballot measure to “reopen JFK Drive to cars on weekdays,” but the promenade would remain for pedestrians and cyclists on weekends for six months of the year. Additionally, “the Great Freeway would also be restored to vehicles only seven days a week from Lincoln Way to Skyline Boulevard” if this measure were to be passed.

The campaign to reopen #JFKDrive to cars should submit enough petition signatures today to the SF Elections Department to qualify for the November ballot.

But with all due respect to KPIX, the movement may not be as “popular”. As Josh Koehn of the SF Standard points out above, and as you can confirm in documents filed with SF’s Ethics Department, the entire $200,000 campaign was funded by one person – l Former President of the deYoung Museum / Fine Arts Museums of SF, Dede Wilsey. (The deYoung Museum is located along JFK Drive in Golden Gate Park.

“We must return to the compromise agreed upon for the Sunday, public holiday and partial Saturday JFK Drive closures – this allows for equitable access and use of Golden Gate Park for all. The Great Highway must be reopened and returned to its normal use. origin as an essential route for nearly 20,000 daily users,” Access for All said in a statement. “We can provide access for everyone – seniors, people with disabilities, families, children, cyclists – all members of the San Francisco community and visitors to our city.”

This campaign collected 17,581 signatures, nearly twice as many as needed. But there will also be a competing measure in the November ballot to keep JFK Drive car-free. It sounds confusing, but take comfort bike enthusiasts. If both measures are adopted, the car-free JFK Drive measure will supersede the other measure and take precedence.