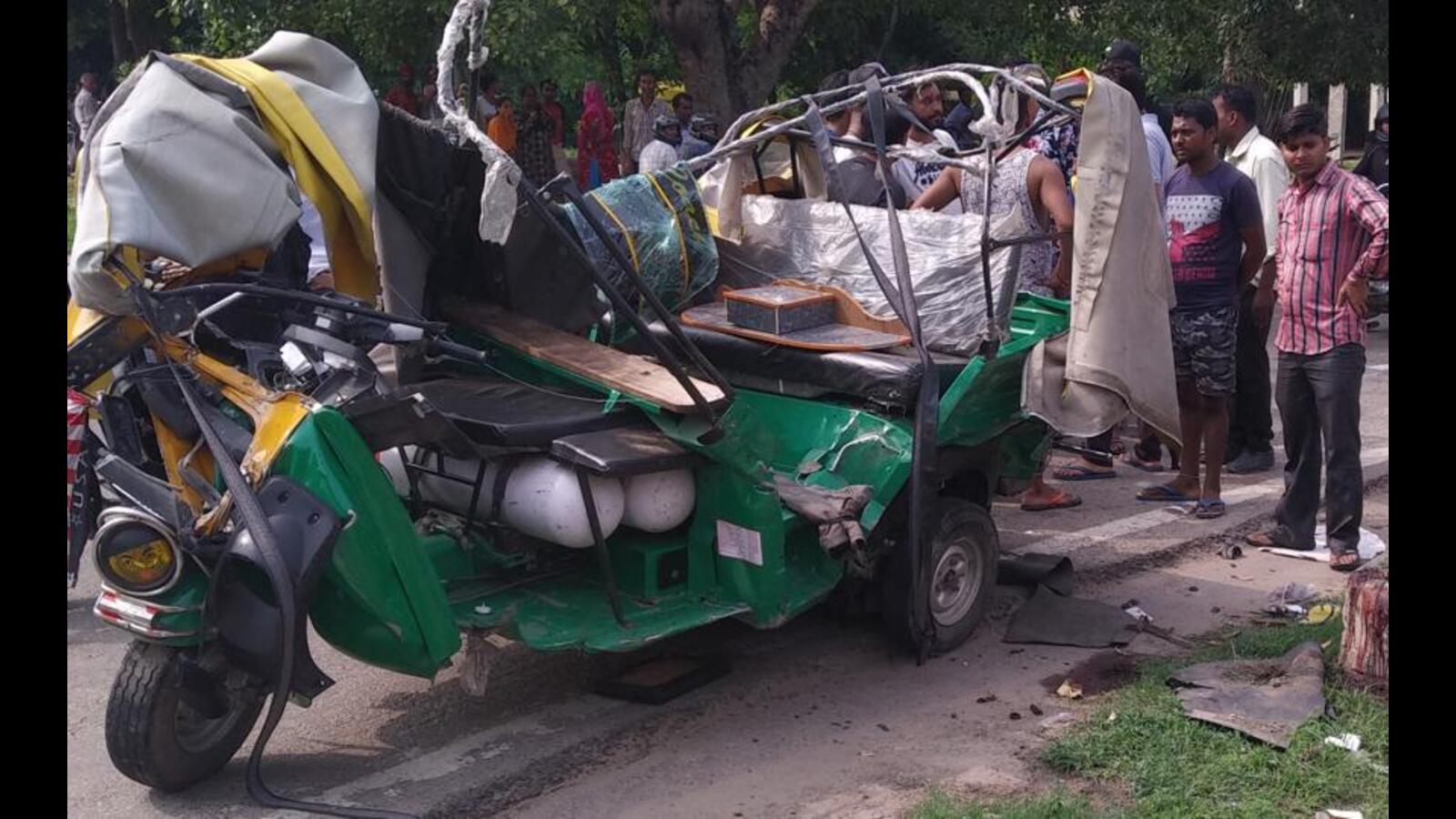 A 72-year-old woman and her son were killed, while their rickshaw driver and other passengers narrowly escaped, after a truck hit the three-wheeler near Swara village in Kharar on Saturday .

The deceased, Surajwati, and her son Mahipal, 51, were from Uttar Pradesh and lived in Rupnagar, where they worked as labourers.

When they arrived near the village of Swara around 3 p.m., a high-speed truck hit the rickshaw from behind. The impact of the collision caused the three-wheeler to overturn, killing Surajwati on the spot. Mahipal later succumbed to his injuries at Mohali Phase 6 Civil Hospital, while others including the driver escaped with minor injuries.

The truck driver, Jaspreet Singh, a resident of Mullanpur, Mohali, was arrested.

He was convicted under Sections 304-A (causing death by negligence), 427 (mischief causing damage in the amount of fifty rupees), 337 (causing injury by an act endangering life or safety personal injury), 338 (causing serious injury by act endangering the life or personal safety of others) and 279 (reckless driving) of the Indian Penal Code at Sadar Kharar Police Station.

DAV student dies as bicycle rams into house in Chandigarh

Chandīgarh
A 21-year-old student from DAV College, Sector 10, was killed when the motorbike he was riding slammed into the door of a house in Sector 23 in the early hours of Saturday.

Police said Puroo Verma, a resident of Sector 23, was a master’s student in college. The cyclist, Parash Khatar, 19, from Jind, Haryana escaped with injuries.

Police received reports that a man was lying on the road near the Sanatan Dharam Mandir in Sector 23 around 3:30 a.m. Upon arriving at the scene, they found two injured youths and a motorbike that had crashed into the gate of a house, damaging it. No helmet was found.

The two youths were taken to GMSH, Sector 16, where Verma was pronounced dead. Police took blood samples to check if they were driving under the influence of alcohol. One case has been recorded.