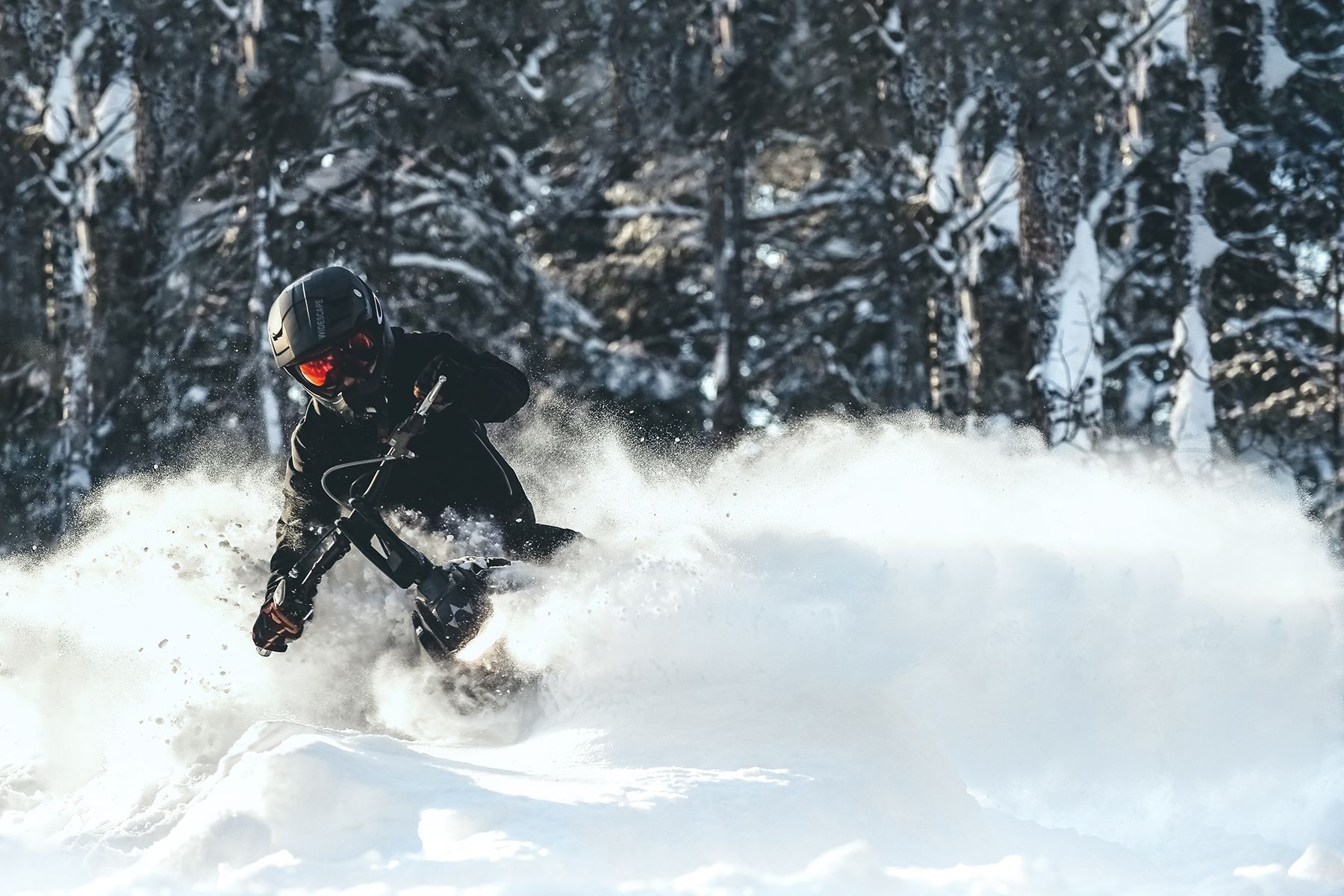 Welcome to our roundup of the biggest breaking stories on Driving.ca from the past week. Get caught up and ready to continue the weekend, as it’s hard to keep up in a digital traffic jam.

Here’s what you missed while you were away.

This stand-up sled is so Canadian

A father-son team from Saguenay, Quebec who have spent the past two decades fine-tuning their standing snowmobile prototypes, finally see their project of several years arrive on the market. Widescape is a stand-up snow machine that essentially floats on snow and can glide gracefully through tight trees as if its rider were on skis, thanks to a slimmer, sleeker profile. It’s a powerful and efficient winter toy with a 242cc direct-injected 20 horsepower engine that burns less than three liters of fuel in one hour of use.

The cost of vehicle ownership continues to rise across the country, but the Ford government is putting some money back in the pockets of Ontario motorists. This week, the premier announced that the province is scrapping the license plate sticker renewal fee, or $120 in southern Ontario and $60 in northern Ontario. Anyone who has renewed their license and paid fees since March 2020 will also be eligible for a refund. The province will lose about $1 billion a year with this new plan in place, but at a news conference Ford insisted the money belongs to the people.

A freighter carrying 4,000 luxury vehicles, including Porsches, Bentleys, Lamborginis and Volkswagens caught fire last week and continued to burn for over a week. Twenty-two crew members aboard the Felicity Ace were quickly evacuated to safety, but the ship, which was en route from Germany to the United States, was adrift off Portugal. It’s still unclear exactly how the fire started, but since some of the vehicles on board were electric, the lithium batteries inside create flames that are much hotter and much harder to put out than a traditional fire. EVs are less likely to catch fire than combustion engine vehicles, as our own David Booth pointed out this week, but when they burn it’s very hard to control, as we saw with the tight cargo of the Felicity Ace. On February 25, crews were finally able to board the burned vessel and begin towing it to safety, although the exact destination is still unknown.

In its latest Top Pick list, Consumer Reports named the best vehicle for 2022 in each segment, which takes into account road test scores, owner satisfaction, safety and predicted reliability. Interestingly, no large trucks made this year’s list because, according to Consumer Reports, they all had below-average reliability and safety based on their ranking strategy.

Yamaha will produce a hydrogen V8 for Toyota

Motorcycle maker Yamaha takes the naturally aspirated 5.0L V8 from the Lexus RC F and turns it into a zero-emission ICE using the magic of hydrogen — a process he would like to master on behalf of his two-wheeled products. It’s not the first time the brand has stepped in to turn keys under Toyota’s hood – that relationship began with the 2000GT in the late ’60s and continued with the 4.8-litre V10 of the Lexus LFA supercar – but it’s the first hydrogen switch. With hydrogen as the primary fuel source, the V8 engine produces some 450 horsepower at 6,800 rpm compared to gasoline output of 472 hp at 7,100 rpm.

Sign up to receive Driving.ca’s Blind Spot Monitor newsletter on Wednesdays and Saturdays

A welcome email is on its way. If you don’t see it, please check your spam folder.

The next issue of Driving.ca’s Blind Spot Monitor will soon be in your inbox.

We encountered a problem during your registration. Try Again

These Motogadget motorcycle mirrors are made without any glass