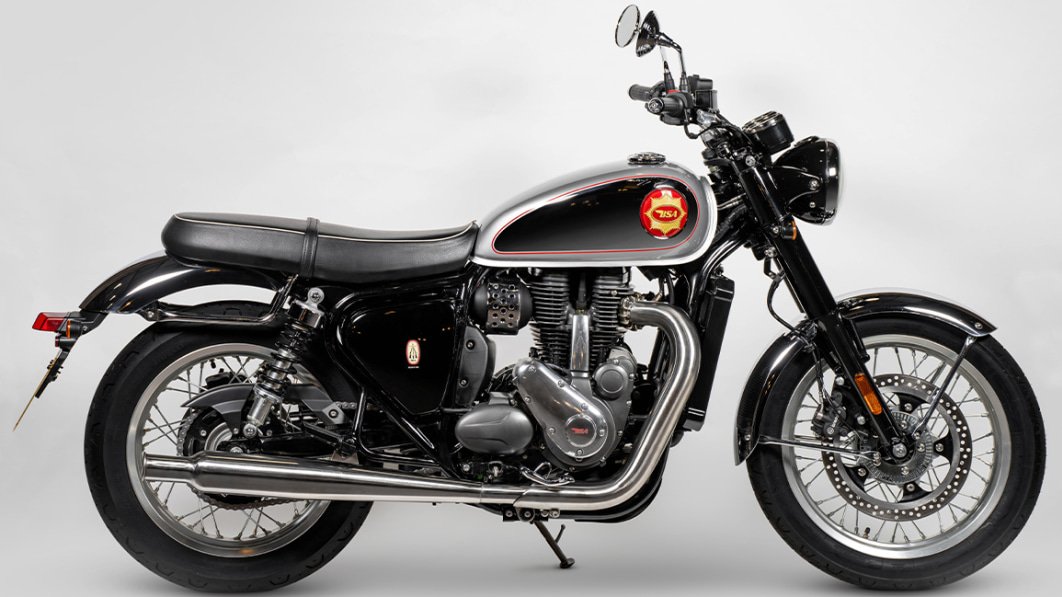 Century-old British motorcycle manufacturer BSA is making a comeback with a new retro model called Gold Star. It is meant to recall the past, but uses modern technology for better performance and hopefully modern reliability.

The BSA Gold Star is powered by a 652cc single-cylinder engine that develops 45 horsepower and 41 pound-feet of torque. It’s a modern DOHC design, and it’s liquid cooled. You change gears via a five-speed transmission and braking is handled by Brembo hardware. BSA offers a 320mm disc up front with a dual piston caliper and a 255mm disc up front with a single piston caliper. And yes, it has ABS.

The total weight of the bike is 470 pounds. It sits on Pirelli Phantom Sportscomp tires and twin shocks manage the damping. BSA estimates it will return around 71 mpg.

Of course, one of the most enticing parts of this bike is its looks. There’s a bunch of chrome all over the fuel tank, filler cap, and fender. You get classic analog instruments that also have a small LCD display. Colors available include Insignia Red, Dawn Silver, Midnight Black, Highland Green, and Silver Sheen.

Availability has yet to be announced, so we don’t know if it will be on sale in the US or not. We also don’t know how much it will cost if it gets to the United States. Basically, stay tuned.

Disclaimer! NewsConcerns is an automatic aggregator of all media in the world. In each content, the hyperlink to the main source is specified. All trademarks are the property of their rightful owners, all documents are the property of their authors. If you are the content owner and do not want us to publish your materials, please contact us by email – [emailÂ protected]. Content will be removed within 24 hours.