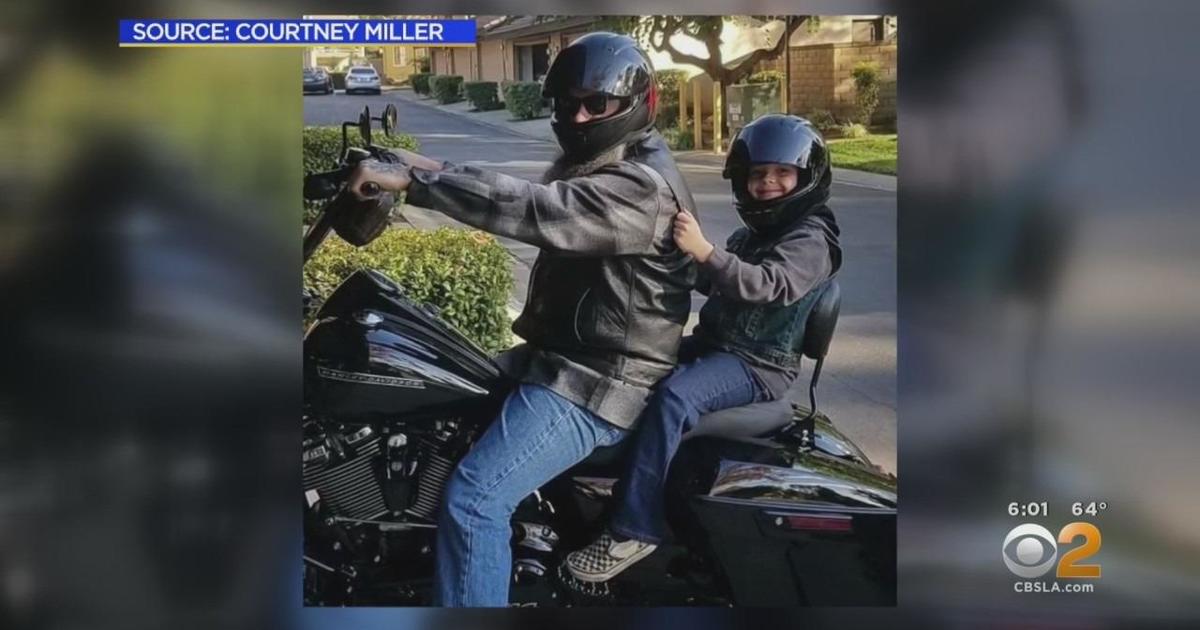 A young boy has to undergo surgery after being hit and run in Riverside, and his mother is desperate to find the driver who left her son lying on the side of the freeway.

The incident happened last Friday around 8:45 p.m. on the eastbound 91 Freeway, west of Spruce Street.

“He had a football game and the game ended and so they were going to go home as usual,” Courtney Miller said of her son, Casey Ray Jr., 9, and his father.

However, Casey and his father’s return to motorcycling was anything but normal.

“A white car came up behind him and they collided,” Miller told CBSLA.

Casey said he remembers being thrown off the motorcycle, tumbling down the highway and seeing the white car drive away.

“I got up and I was on the road and I put my left hand up to stop the cars, so I wouldn’t get hit, and a lady got out of her car and helped me get on the side of the road.”

His father was fine, but Casey Jr. was rushed to Loma Linda University Hospital. Fortunately, he had no broken bones or internal damage. While wearing a full face helmet, the 9-year-old suffered a concussion and a rash over half his body.

His mom told CBSLA that Casey and his dad rode together all the time, normally in a leather jacket, except Friday was unusually hot.

Unfortunately, Casey won’t be able to continue playing football while he recovers from his injuries, while the driver who hit him and his father are still at large. Miller hopes whoever the driver is will take personal responsibility for their actions.

“Maybe they don’t know they hit them and if so, then come and say you didn’t know. For example, now you committed a crime by leaving the scene and that’s is up to the judge and jury to decide.”

California Highway Patrol officials said there were Caltrans cameras at the location, but it was a live feed only and it was not recording.

It is believed the white car may have been damaged in the collision, and CHP was encouraging anyone with information about the incident, or anyone who may have witnessed it, to call.