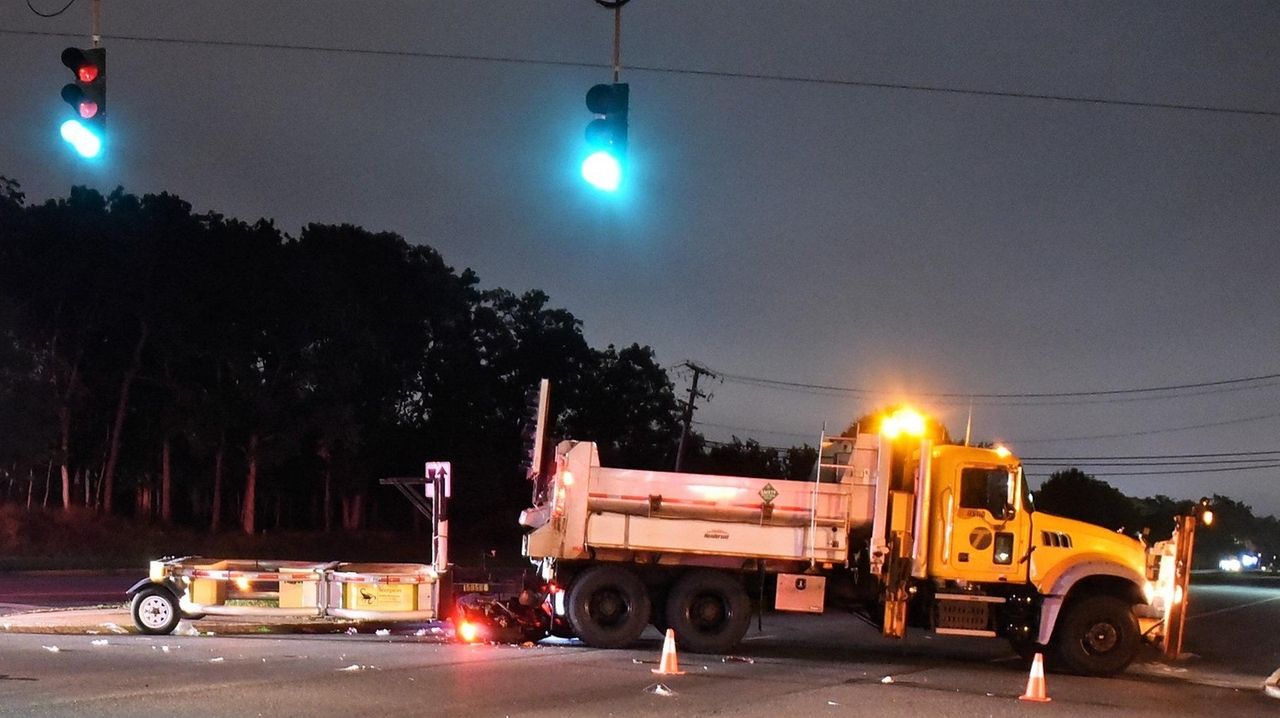 A Central Islip man was killed early Friday when police said his motorcycle crashed into a state Department of Transportation dump truck that was helping with the road closure on the Alumni Memorial Road fighters in Bohemia.

Suffolk County Police said Andrew Phillips, 34, was taken to Stony Brook Teaching Hospital where he was pronounced dead as a result of the accident, which occurred at 2:08 am The operator of the dump truck was not injured, police said.

Police said the truck was “blocking eastbound traffic” on the 13th Avenue freeway to “help close the road while repairs were made to utility poles damaged in a previous accident.” . Police did not immediately provide details of the previous crash.

The 2004 Suzuki in the direction being operated by Phillips crashed into the 2011 Mack dump truck, police said.

In a statement on Friday, a spokesperson for NYSDOT said, “We express our sympathy to all affected by this accident. We are awaiting the results of the police investigation to understand the exact cause of the accident before proceeding. comment further. “

Investigators are asking anyone with information regarding the accident to call the Fifth Squad detectives at 631-854-8552.

The biggest news, politics and crime stories in Suffolk County, delivered to your inbox every Friday at noon.

John Valenti, a Newsday reporter since 1981, has been honored nationally by The Associated Press and the Society of the Silurians for investigative, corporate and breaking news reporting, as well as for columnist writing, and is the author of “Swee’pea,” a book about former New York basketball star Lloyd Daniels. Valenti is featured in the Emmy Award-winning ESPN 30 for 30 movie “Big Shot”.