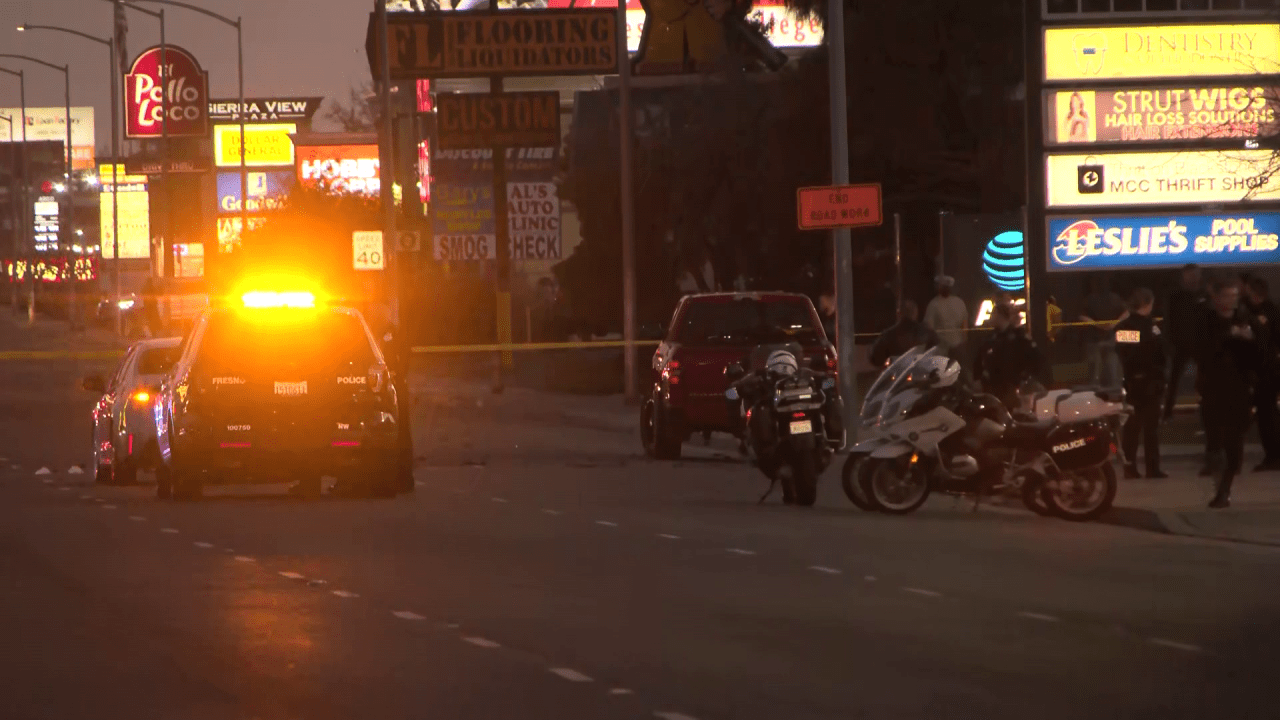 FRESNO, Calif. (KSEE/KGPE) — A motorcyclist was killed after ramming a U-turning truck Saturday night, according to the Fresno Police Department.

At approximately 4:45 p.m., officers were called to the area of ​​Blackstone and Herndon Avenues after it was reported that a motorcycle had been involved in an accident with a truck.

When officers arrived, they found a man believed to be in his early to mid-twenties with serious injuries next to his motorcycle in the middle of the street. An officer quickly began performing CPR on the motorcyclist, but he was later pronounced dead by paramedics at the scene.

During the investigation, officers said they learned the driver of the lorry was attempting to turn back northbound from Blackstone after misjudging the speed at which the motorbike was approaching him in a northbound lane. from South. The motorcyclist ended up crashing into the passenger side of the truck and was thrown from his bike onto the roadway.

The driver of the truck was not injured in the crash and has been cooperating with officers during the investigation. Officers say drugs or alcohol do not appear to be a factor in the crash at this time.

Blackstone’s southbound lanes are expected to remain closed for the next two hours while officers investigate the accident.

Rising Use in Automotive, Industrial and Manufacturing Drives Industry Growth Across the Globe – Cleveland Sports Zone