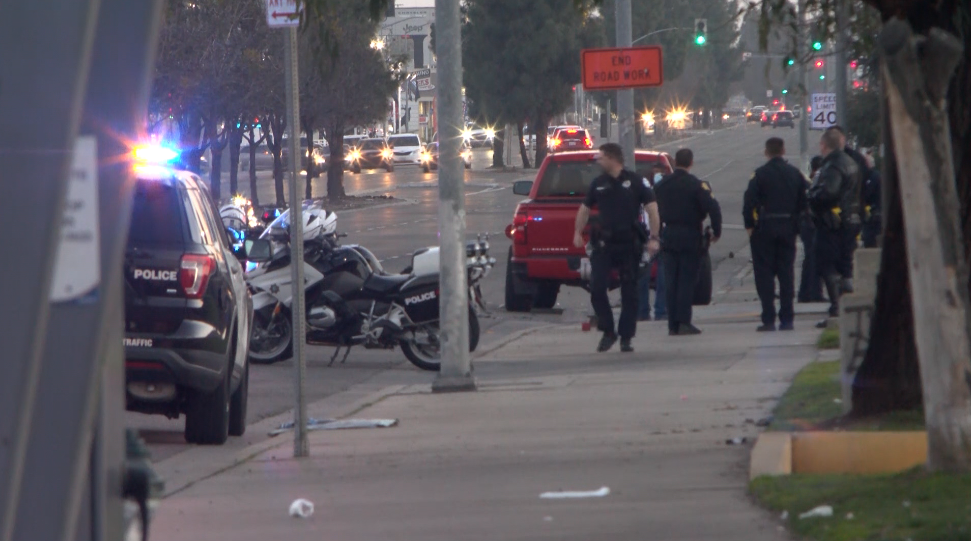 FRESNO, Calif. (KSEE/KGPE) — Authorities have identified a motorcyclist who died after crashing into a U-turning truck on Saturday evening.

Just before 5:00 p.m., Fresno Police Department officials responded to the Blackstone and Herndon Avenues area to report a motorcycle involved in a crash with a truck.

Upon arrival, police said they found Noah Ruiz Hernandez, 21, of Fresno, seriously injured next to his motorcycle in the middle of the road.

Officials said an officer began performing CPR, but Hernandez was later pronounced dead at the scene by medical personnel.

Officers investigating the incident said the driver of the northbound truck on Blackstone Avenue misjudged the speed at which Hernandez was approaching on his motorcycle in the southbound lane.

Authorities said the driver of the truck was trying to turn around when Hernandez slammed into the passenger side of the truck and was thrown off his bike into the street.

Police say the driver of the truck was uninjured in the accident and cooperated with officers after the collision.

Fresno Police Department officials say drugs or alcohol do not appear to be a factor in the collision at this time.