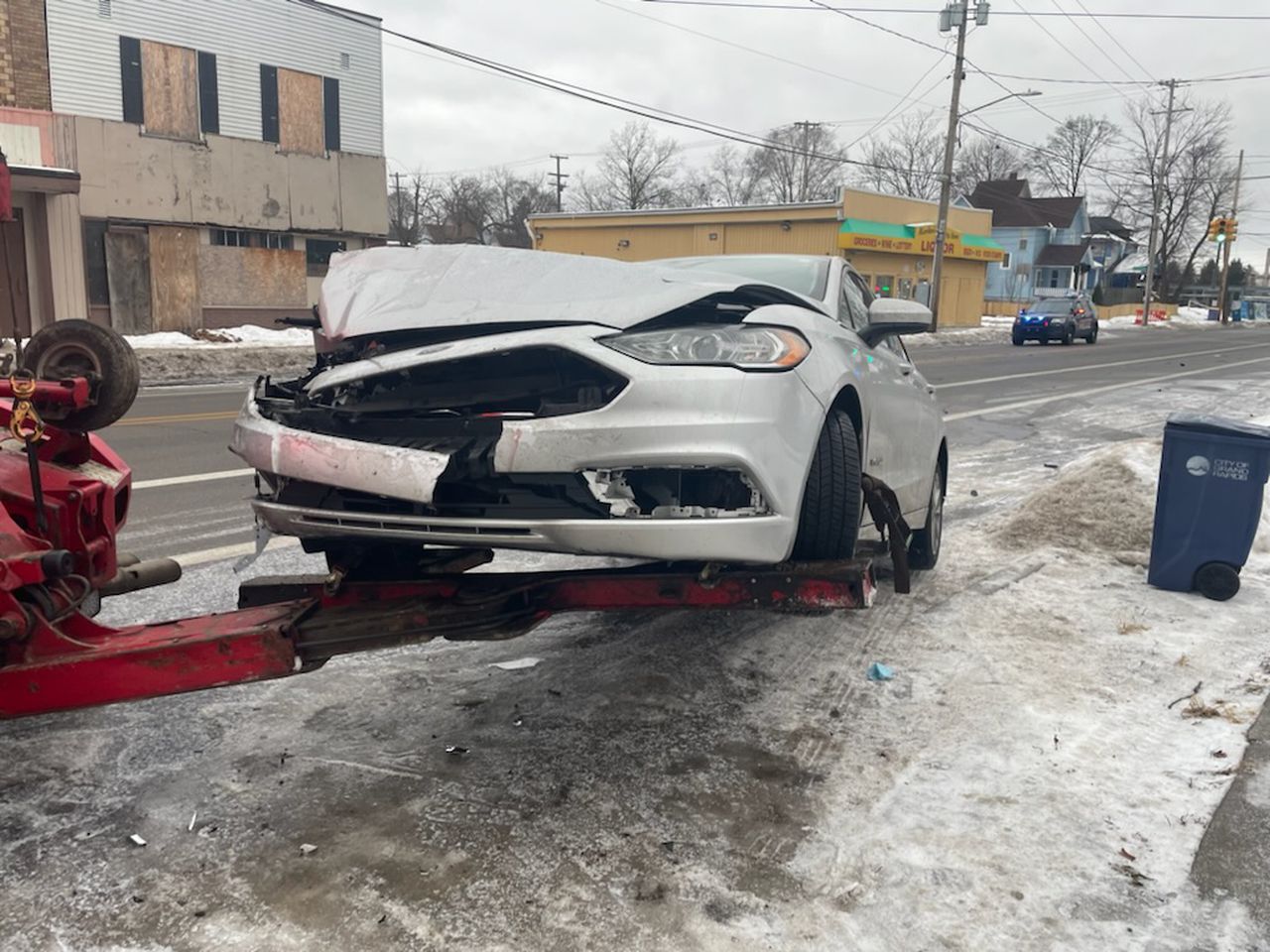 WEST MICHIGAN — Auto thefts have skyrocketed in West Michigan over the past two years.

Minors are responsible for a significant portion of the tally, according to police.

Based on the surge of the past two years, the two major cities in western Michigan combine to average nearly two stolen cars per day.

A search of court records shows that the circumstances behind auto thefts vary widely. Some are planned, others seem much more spontaneous.

Here’s a look at eight of the robberies that police have investigated — and made arrests — in the Grand Rapids area.

· In February 2021, a man left his 2011 Chevy Silverado running in the parking lot of a gas station at Broadmoor Avenue SE and 68th Street in Grand Rapids. He entered the gas station and, as he exited shortly after, he saw a woman in the truck and began to walk away. He stood in front of the truck and threw his hands up, but the driver accelerated and brushed past him as the truck pulled away. Police found the driver two hours later.

In June 2021, a Grand Rapids woman helped find her own stolen Honda Accord. She was driving and noticed it in the area of ​​Burton Street SE and Kalamazoo Avenue. She began to follow the Accord and called on her sons for help. The Accord pulled into a parking lot in the 1200 block of Madison Avenue SE and the woman and her sons confronted the driver, who was a woman. The woman then fled on foot, but one of the sons followed her on a motorbike and the police soon found the woman. She denied being the person who stole the vehicle.

Related: These heat maps show where cars have been stolen in western Michigan

· In June 2020, a Rockford man was selling a 2007 BMW 335i. A potential buyer walked by and gave the owner a check for $7,000. While the owner was inside his house, calling a bank to verify the validity of the check, the buyer walked away with the vehicle and the title. The check was fraudulent. Kalamazoo police later tracked down the thief and recovered a printer and other fake checks from another stolen vehicle he was driving.

· In July 2021, a man living on Stewart Street SW found broken glass where his red Pontiac Grand Am was parked in his backyard. The car was locked, but there was an extra key in the center console and a handgun in the trunk. As police investigated the scene, the car drove into an alley. As the police began to pursue him, the thief parked the car in a yard and fled on foot. You could hear him shouting “I’m sorry” as he ran. The police quickly caught him.

· In August 2021, someone broke into Town and Country Auto Repair on Oak Park Drive SE, found the keys to a 2019 Land Rover and a 2017 Buick LaCrosse, then drove away with the vehicles. Grand Rapids police discovered latent prints just inside a garage door window where the burglar entered and were able to identify a suspect. The thefts were also captured on CCTV.

· In April 2021, a 2017 Dodge Charger was stolen from the driveway of a residence in Plainfield Township. A person who works for a paint company told police a colleague took the car while he was working from home. Police attended the co-worker’s home in White Lake and found the loader and the paint company worker. The worker told police he had permission to drive the Charger, but officers hovered over him in a phone conversation with his father, saying he “didn’t steal the vehicle, he was simply driving without permission”.

· In July 2020, a black 2007 Pontiac G6 crashed into a tree along Egner Street NE with a woman trapped inside. Police determined it was stolen. Deputies found a plastic container of methamphetamine next to her and a pair of brass knuckles on the passenger seat. Police determined that the driver was driving the vehicle recklessly and at high speed. They contacted the owner of the vehicle and she told them it was stolen from the Cedar Springs Meijer parking lot and she did not know the woman who took it.

· On September 4, 2021, Roger Bouwman set up his cart near 20 Monroe Ave. NW – shortly before ArtPrize – when a woman jumped into the 2002 Chevy Avalanche he had borrowed from a friend. The truck was parked and driving. Bouwman said he was only 10 feet away when the woman stole the truck and took off at high speed. Shortly after, she crashed the truck on I-196 near Chicago Drive SW.

Related: 7 tips to avoid being an easy target for car thefts

Police in West Michigan say auto theft is most often a crime of opportunity.

Man arrested in Muskegon over death of pregnant Baltimore woman